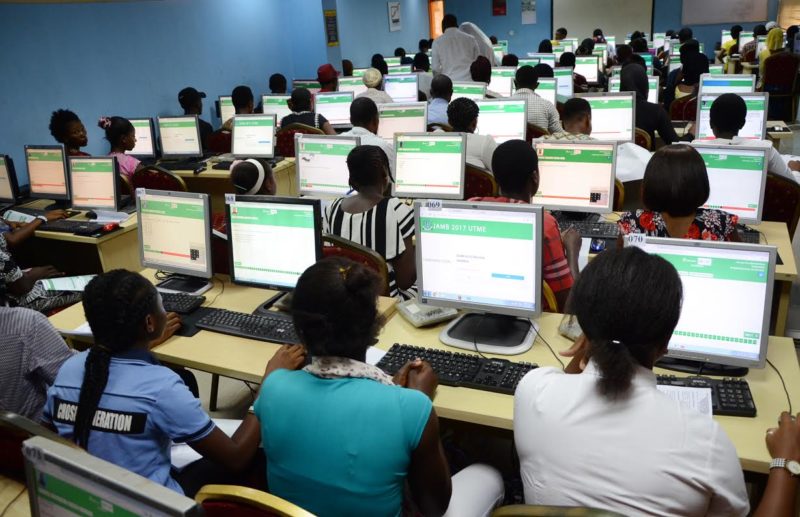 The Joint Admissions and Matriculation Board [JAMB] says it has registered over 1.8 million candidates for the 2019 Unified Tertiary Matriculation Examination [UTME].

The Head, Media and Information of the board, Dr Fabian Benjamin, on Thursday in Lagos said that the registration was a huge success, adding that there were no hitches at all across the various accredited registration centres nationwide.

“We have concluded the registration and we recorded over 1.8 million candidates for the UTME this year.

“Registration closed on February 21, when we stopped the pin vending for the exercise.

“However, some candidates who had acquired the pin but were unable to register before February 21, due to one reason or the other, were allowed to do so till 12 midnight, February 25.

“The registration finally closed on February 25,” he said.

The JAMB spokesman dismissed rumours in some quarters that candidates could start printing their examination notification slip from March 2.

“This is misleading and absolutely not correct.

“Let me sound it clearly that the board has not come up with any date for both the examination and the printing of examination notification slip for candidates.

“The board will announce the date for the 2019 UTME soon.

“As it is now, no date has been fixed yet for both the examination and the printing of examination notification slip.

“There is no way anybody can print examination notification slip when the examination date, itself, has not been fixed.”

He, therefore, urged candidates and other stakeholders to remain calm, reassuring them that the board would make an announcement and proper sensitisation about the date for the examination and printing of examination notification slip.

No going back on UTME biometrics – JAMB 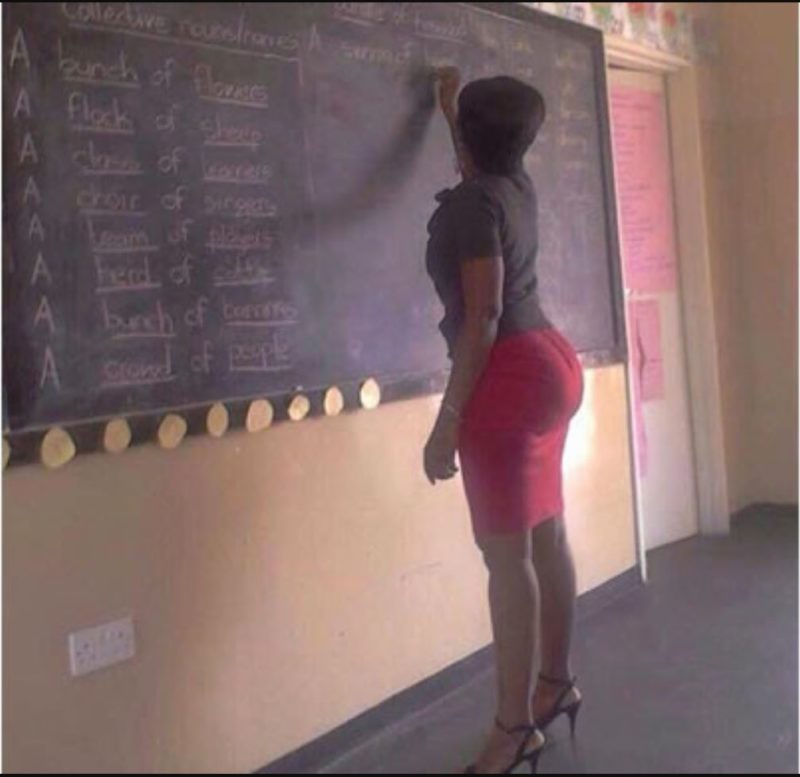 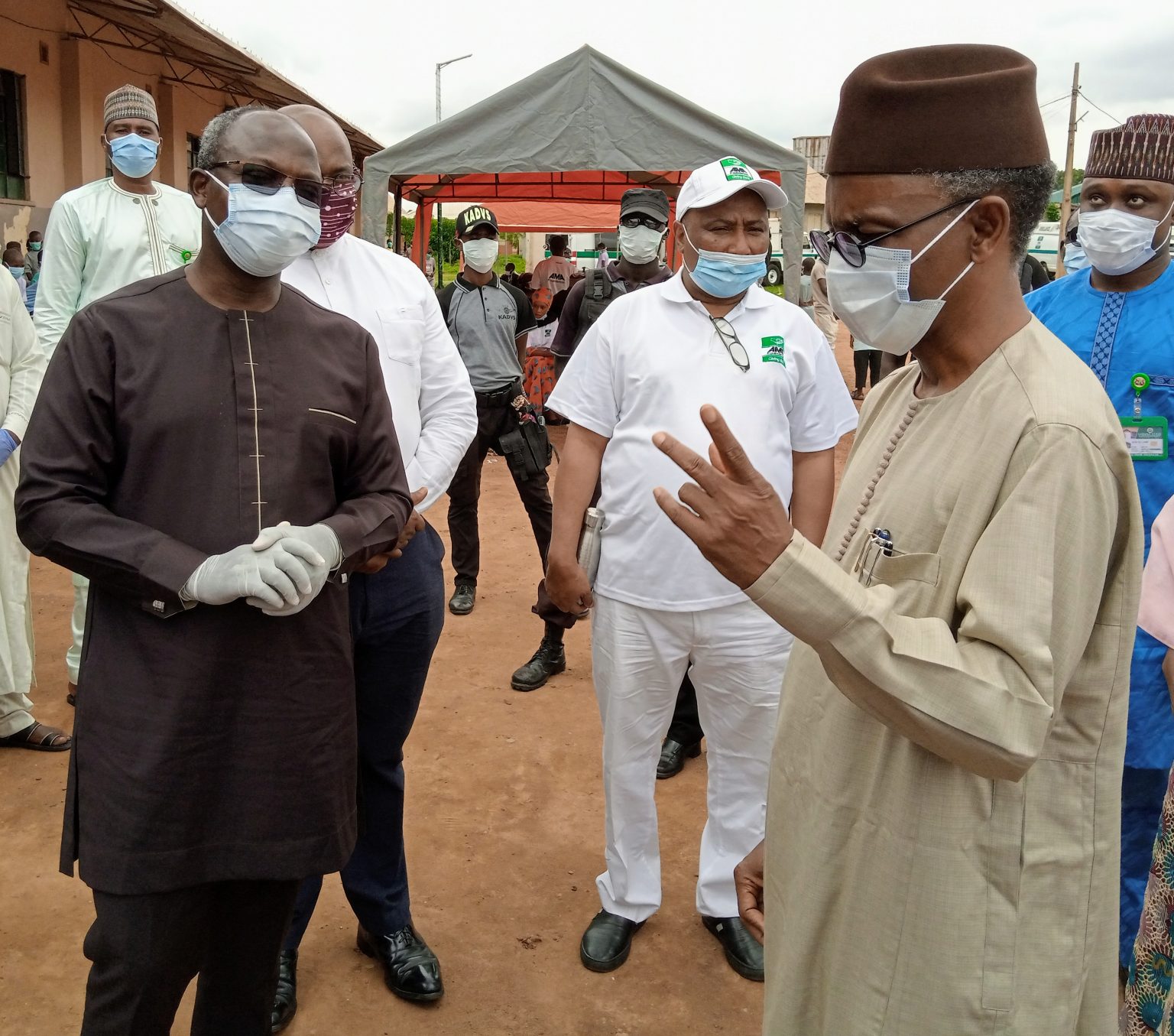 Gov. Nasir El-Rufa’i of Kaduna State has warned that parents who enroll their children in the Almajiri education system stand the risk of prosecution and up to two years jail.

El-Rufa’i stated this in Kaduna on Monday when he visited some 200 Almajiri children repatriated from Nasarawa State and undergoing rehabilitation and optical screening at Government College, Kurmin Mashi, Kaduna.

Almajiri are children enrolled to be taught Islamic knowledge under Islamic Clerics, but who loiter on the streets with bowls begging for alms and food.

The governor also said that any Islamic cleric who enrolls any child into the Almajiri system would also be prosecuted and jailed as well as fined N100,000 or N200,000 per child.

He said that all the Almajiri pupils repatriated from other states of the country were indigenes of the state adding that the government would give them all the opportunity they deserved to grow and develop.

El-Rufai expressed satisfaction with the ongoing transformation of the Almajiri pupils from hopelessness to hope and confidence.

MORE READING!  If you abort that baby, God will take your life too- Nigerian man warns Regina Daniels

According to him, the state has a responsibility to do whatever it can to give them hope and a better future.

“We will, therefore, continue to take delivery of every Almajiri pupil indigenous to Kaduna state for rehabilitation, treatment and enrollment into formal school nearest to where their parents live.

“We will continue to do this until we clear Kaduna state of the menace of Almajiri system, which is not education but the abuse of the privilege and future of a child.

“Our ultimate goal is for them to acquire formal education without depriving them of the opportunity to acquire Quranic education.

“They will continue their Quranic education but under the care of their parents and not under someone who does not know them or paid to look after them.”

He explained that the Ministry of Human Services and Social Development (MHSSD), along with UNICEF would closely monitor them and ensure that no child would leave his locality until he finished primary and junior secondary school.

The governor stressed that every child in Kaduna state must get 12-year free and compulsory primary and secondary school education.

“Those that cannot proceed to senior secondary school will have the opportunity to go to vocational school, also free.

“As such, no parent has any excuse for his child not to go to school,” El-Rufa’i said.

He thanked MHSSD and other state agencies for the commitment and passion for the welfare of the children.

He equally thanked AMA foundation and other NGOs and civil societies for supporting the government to provide the Almajiri pupils with the needed medical care, food, and clothing, among others.

The governor particularly appreciated UNICEF for supporting the state government in ensuring that all the repatriated children were well documented.

El-Rufa’i said that the care and support provided had restored the sense of dignity of the children.

Baba said that no fewer than 500 of them were rehabilitated, treated (those who tested positive to COVID-19), and reunited with their families.

She added some 400 others were still undergoing rehabilitation and would soon be reunited with their families.

On his part, Dr. Zakari Adam, Chief of Field Office, UNICEF Kaduna, commended Kaduna state government for the efforts to ensure that all children go to school as against begging in the streets.

Adam reiterated UNICEF’s continued support to the state in all children-related issues such as child protection, education, and health among other areas, for uninterrupted growth and development of every child.

He stressed the need for all stakeholders, the government, civil society, parents, communities, religious and traditional leaders and the media to work together in ensuring that children acquired quality education. 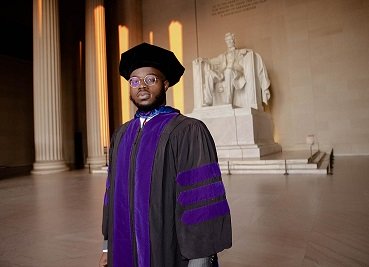 A Nigerian, Dr Damilola Arowolaju, has bagged a PhD in Law from The George Washington University, Washington DC, United States of America.

Damilola, who hails from Omuo Ekiti, in Ekiti East Local Government area of Ekiti State is the son of a former Special Adviser to Governor Segun Oni on Due Process, Dr Bayo Arowolaju

He was decorated with the honour at the university’s virtual convocation ceremonies held on Thursday, May 21, 2020.

Damilola was also the President of the 2020 PhD graduating students, which further made his honour more grandiose.

The former Special Adviser who confirmed this to journalists in Ado Ekiti on Saturday was elated that his son could be decorated with such a high academic honour at the age he secured admission to the University of Lagos, where he studied Sociology.

“My baby, Dr. Damilola Arowolaju, with the grace of God just graduated with a PhD in Law from The George Washington University School of Law, Washington DC, USA.

“He gave an address to the fellow graduands as the President of the GW Bar Association. Graciously, he did this at 24 years of age, when I was just entering the University in Nigeria for my first degree. May our children be higher and be more successful than us all. Amen

“I am overwhelmed, speechless and flabbergasted by this outstanding feat. I am excited and more motivated to do more to uplift humanity”.

Arowolaju appealed to the Ekiti State Governor, Dr. Kayode Fayemi, to rejig and expand the scope of the State’s scholarship board to be able to benefit the children of the poor, who are outstanding in their academics.

In a video clip containing his speech to the graduand, Damilola said he shall continue to promote justice for all manners of men, irrespective of creed, race and class.

The young academic added that no sacrifice is too much to make to protect human rights and promote self-respect among humanity, describing these as the best way to entrench equality in the system.

“Justice means making huge sacrifices that would guarantee all constitutional freedoms for all and sundry.

“When I say justice, I mean for both innocent and guilts. The one that brings equality, stability and raise the hope for a better society. That is what we should all pursue using morality and the instrumentality of Law.

“My graduation today was a result of the sacrifices made by my parents to ensure that I excel in my academic pursuit”, he said.