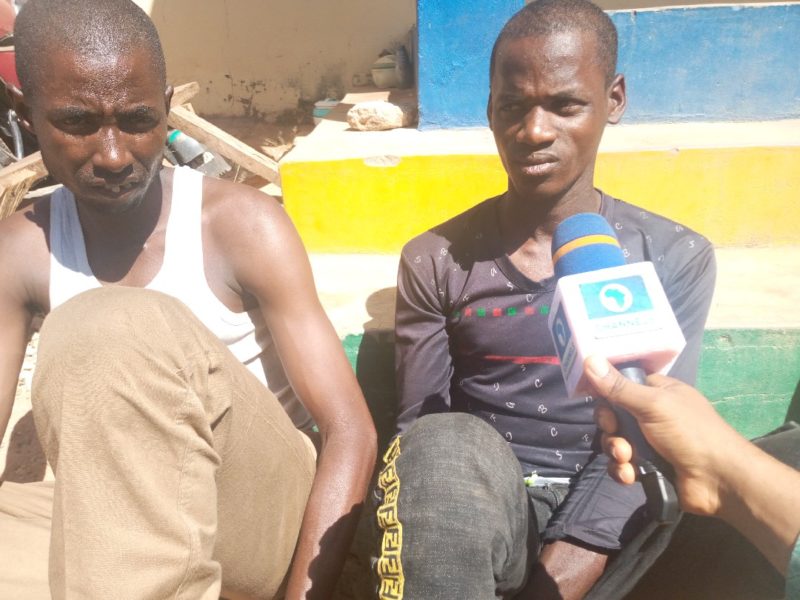 The Gombe State Police Command has arrested a 20-year-old kidnapper, Yusuf Umar, for allegedly abducting a businessman and collecting N9m as ransom.

The Command’s Public Relations officer, SP Mary Malum, while briefing journalists on Friday, said that criminals in the state are in for difficult times. She advised crime syndicates to either surrender or they will be flushed out.

SP Mary Malum noted that SARS operatives based on a credible intelligence arrested Umar from Kwami LGA and one Nasiru Hassan, aged 28 years of Barunde quarters in a case of armed robbery and kidnapping.

“They criminally conspired and robbed one Alh. Abubakar Mohammed aged 72 years of Yelwa Quarters Dadinkowa town, the sum of two hundred naira (#200,000) kidnapped and kidnapped him at Dukul hills at Kwami LGA of Gombe and collected a ransom of Nine million Naira (#9,000,000) before releasing him after 19 days. Subsequently, suspects were arrested along keandon Liji axis, Yamaltu Deba LGA.

“The suspects all confessed to the crime and will soon be charged to court for prosecution, exhibit recovered from them includes two handsets.”

Malum added that operatives in synergy with hunters arrested one Saleh Usman alias ‘Nagombe’ aged 30 years and Abdullahi Dangwamna aged 35 from Balanga LGA while Lawan Boda, Babangida, iro, and Niga all at large in a case of criminal conspiracy, armed Robbery and Kidnapping.

“The suspects kidnapped one 53 year old, pastor Hussaini Umar, took him to unknown destination after carting away some valuables from him amounting to sixty thousand naira, (#60,000.00) thereafter they collected six million naira (#6,000,000) before he was released.

“The modus operandi of the hoodlum is by using a member of the syndicate to trail and identify the house of their victim before they strike late in the night”.