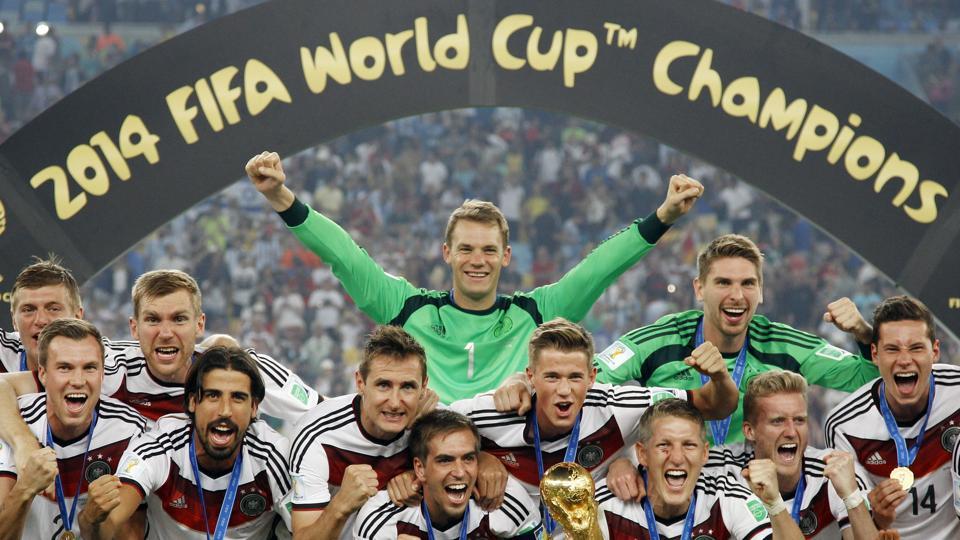 There is only one thing on Germany’s mind going into the World Cup and that is to defend their title.

Doing that will help them become the first team in more than half a century to do so.

The Germans have lost just once in 23 games since their Euro 2016 semi-final defeat.

They cruised through the qualifiers with 10 wins in 10 matches and conceded just four goals in the process to advance to the World Cup.
Coach Joachim Loew also had the luxury of being able to field a second-string team at last year’s Confederations Cup and still come away with the title.

It further added to an already deep German bench.

In charge for his third World Cup, Loew has a pool of at least three dozen players to chose from before his Group F campaign against Mexico, Sweden and South Korea.

But not everyone’s starting spot is guaranteed, with world-class players such as Leroy Sane, Timo Werner, Julian Draxler, Ilkay Guendogan, Mario Goetze and Marco Reus among those battling for their places.

There are still some question marks regarding the fitness of World Cup-winning goalkeeper Manuel Neuer, who missed the season due to a foot injury and only recently returned to training.

Loew’s other options at goalkeeper are just as strong, with Marc-Andre ter Stegen, Kevin Trapp and Bernd Leno waiting in the wings.

Jerome Boateng’s potential absence after picking up an adductor muscle injury late in the season could pose problems as he had formed a strong partnership with Hummels in central defence.

Already ruled out are Lars Stindl, last year’s joint top scorer at the Confederations Cup, who damaged his ankle in a league game in late April, and the injured Serge Gnabry.

Loew should have no problem compensating for those absences with a wealth of talent.

They are all waiting for their shot at what the Germany coach hopes will be their fifth world title.

Doing that will help them to equal Brazil, who were also the last team to win back-to-back World Cups in 1958 and 1962.