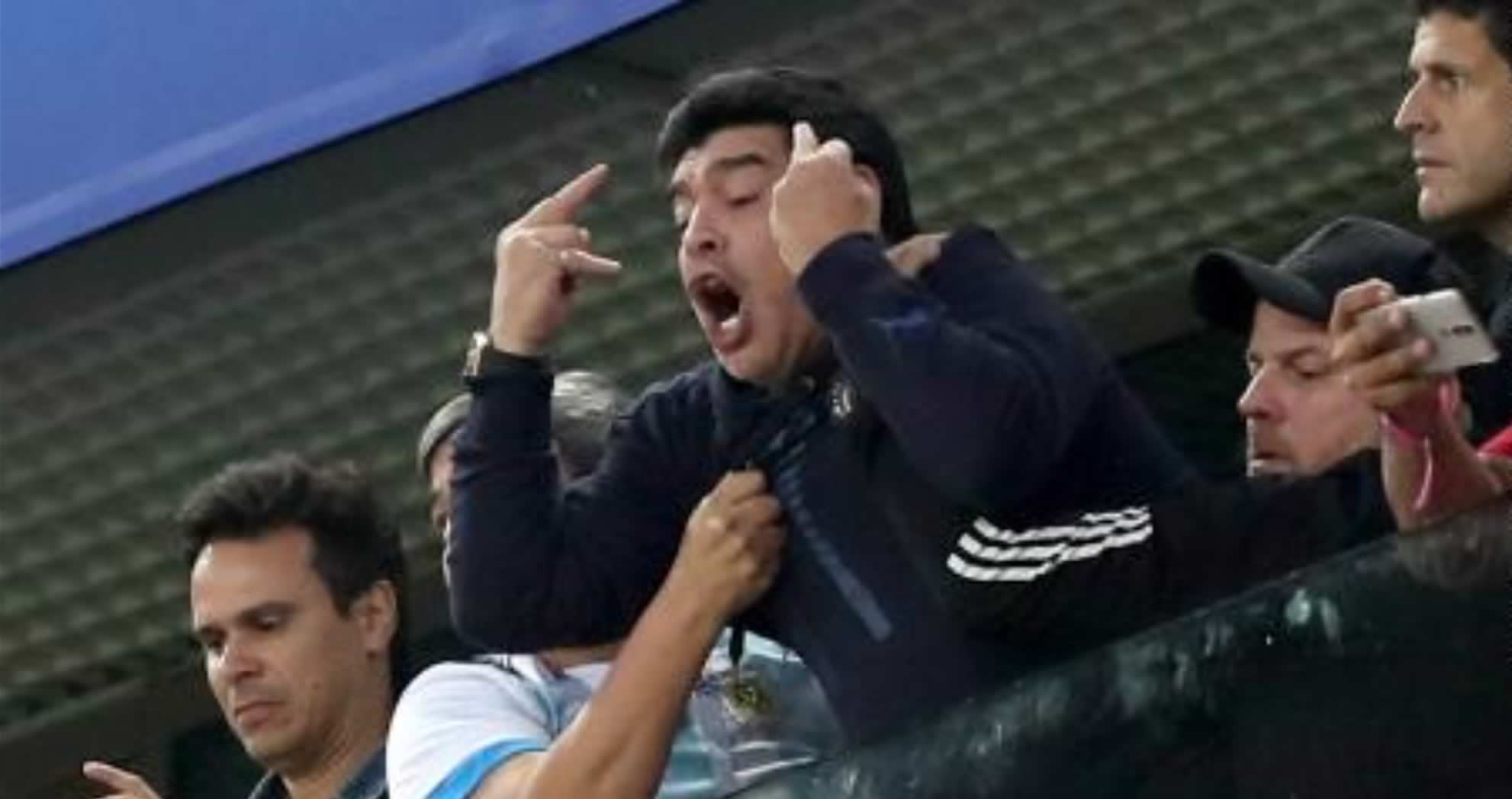 Diego Maradona will no longer be paid as an ambassador of world soccer governing body, FIFA.

This is following the Argentina legend’s failure to control his emotions during their 2-1 win over Nigeria in the World Cup last Group D game on Tuesday.

FIFA termed his behaviour as embarrassing and provocative hence he will no longer receive the £10,000 he was receiving from the world soccer governing body, according to OwnGoal.

Maradona also ignored doctors advice not to watch the final minutes of the clash thereby putting his health in danger.

FIFA has also warned him to be of good conduct in the remaining games he will attend at the World Cup.

I DON’T KNOW WHY! I didn’t award that penalty to Super Eagles – Referee Cuneyt Cakin
I WAS WRONG! I should have makes changes earlier, Rohr admits mistakes in Super Eagles’ World Cup ouster