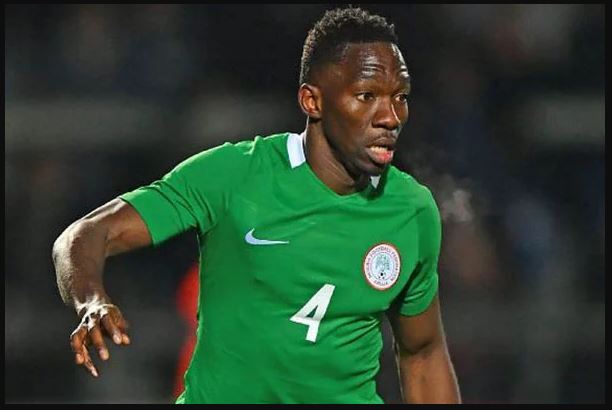 Nigeria’s Super Eagle star, Kenneth Omeruo, has finally reacted to the 2-1 defeat to Argentina at St. Petersburg in the ongoing FIFA World Cup in Russia.

Omeruo said Nigeria lost to Argentina in their last group game on Tuesday because the Argentine side made Victor Moses ineffective.

Daily post reports that the defender said the game hurt him as the Super Eagles wanted to make it to the next round.

The Super Eagles were just minutes away from reaching the knockout stage of the tournament with Moses penalty cancelling out Messi’s opener, but Manchester United’s Marcos Rojo volleyed home the winner.

“I felt bad, the team came from a situation losing the first game, the second game we fought well and won the game,” Omeruo explained to TVC Nigeria.

“We knew we needed that last game to seal it up, the support we got after winning the second game was amazing.

“We really wanted to do it especially for our families and for Nigerians but we were unlucky.

“They were attacking a lot, they blocked our wing, they knew we were better from the Victor Moses wing because he is one of our best players, they knew this.

“They pressed on us, we defended well until the last four minutes.”

I WAS WRONG! I should have makes changes earlier, Rohr admits mistakes in Super Eagles’ World Cup ouster
FOR GIVING NIGERIAN FANS TWO MIDDLE FINGERS! Maradona removed as an ambassador for FIFA