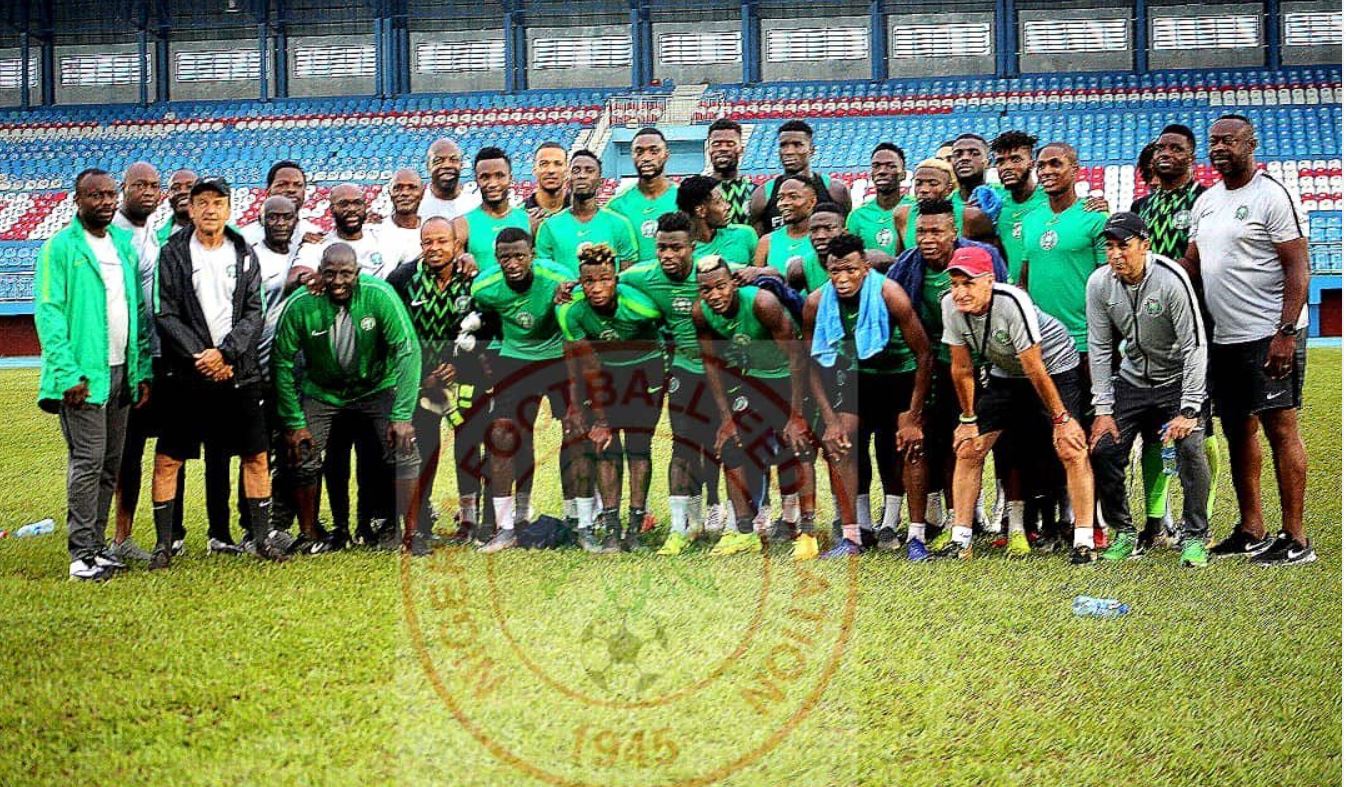 Three-time champions Nigeria have a full house in Asaba, Delta State ahead of Saturday’s 2019 Africa Cup of Nations send-forth friendly against the Warriors of Zimbabwe.

Since qualifying for this year’s AFCON finals following a 1-1 draw with South Africa’s Bafana Bafana in Johannesburg in November 2018, the Super Eagles have played two friendlies.

Both teams are expected to offer a sneak preview of how prepared they are for the AFCON, with Nigeria seeded in Group B and rated to go far in the finals and Zimbabwe believing it can punch above its weight in a pool also having host nation Egypt, Democratic Republic of Congo and Uganda.

While Egypt 2019 will be Nigeria’s 18th appearance at the AFCON, Zimbabwe’s Warriors are making only their fourth appearance, following group stage exits in 2004, 2006 and 2017.

Nigeria was instrumental to Zimbabwe’s crashing out at the group stage in 2006, when the Super Eagles defeated the Warriors 2-0 in Port Said, with one of the goals from Mikel Obi.

Incidentally, the midfield enforcer and 14 –year veteran of the Super Eagles is returning to the group on Saturday after one year out.

He played no part in the AFCON qualifying matches and friendly games post-World Cup but is back in the flow for the finals.