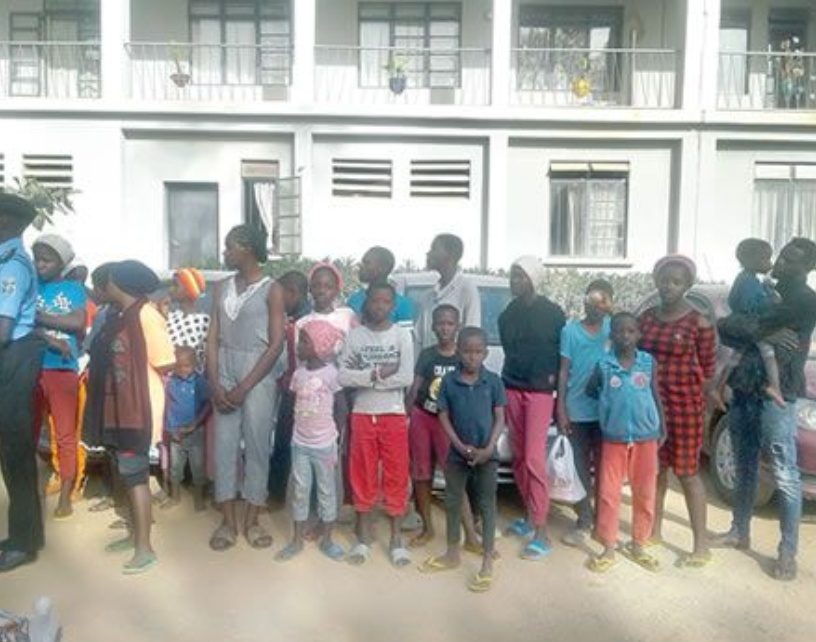 He explained that operatives of operation Puff-Adder arrested one Professor Solomon Musa for allegedly operating the illegal orphanage house and keeping 27 children hostage.

“He used the Orphanage home to house children of both sexes reasonably believed to be illegally obtained,” he stated.

He said two persons in connection with the crime were at large, including the suspect’s wife and a medical Doctor who have been helping the suspect to get the children through unlawful ways.

“Wife of the principal suspect one Mrs. Mercy Tarfa ‘ now at large is in active connivance with her husband to commit the heinous crime where she participated fully in sourcing the children through unlawful ways.

“Also, a Medical Doctor identified as Dr. Chidi Christopher Nwoye also at large, aided and facilitated the pro Antenatal Medical care/attention and after giving birth, he hands over the new babies to the principal suspect”, he stated.

Iliyasu said Investigation was in progress and police were working to trail the suspects for prosecution.

He urged parents of missing children to visit Kano state police command to identify if their children were among those rescued.