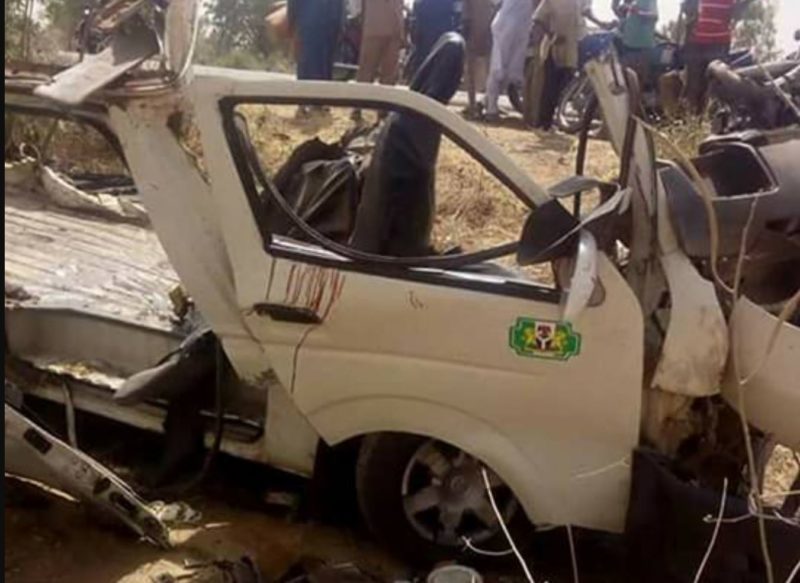 No fewer than 28 persons said to be members of the same family were on Thursday reportedly burnt beyond recognition in a fatal auto crash that occurred on the Bauchi-Ningi federal highway in Bauchi State.

Speaking in a telephone interview, a relation of the victims, Abdullahi Yamadi, confirmed the incident and described it as “very sad.”

Yamadi, who is the Secretary, North-West Zone of the Nigeria Union of Journalists, said the deceased were all his relatives.

He said they were on their way to Yola, Adamawa State, when the unfortunate incident occurred.

“Yes, the accident is true and all of the deceased are my relatives,” he was quoted by The Punch as saying.

“They were travelling to Yola, Adamawa State, for a visit when the unfortunate incident happened.

“You know, after the harvest and at seasons like this, people travel to visit loved ones resident in different places; and that was where they were going to.

“They left Dutsinma, Katsina State, and they had left Jigawa State and were within Bauchi State when their vehicle had a head-on collision with another vehicle.

“They were 29 in the vehicle and all of them died except the driver, who survived.

“This is a very sad news and very pathetic for 28 people from the same family to die in an accident in one day.

The Bauchi Police Command has yet to make an official pronouncement on the incident.