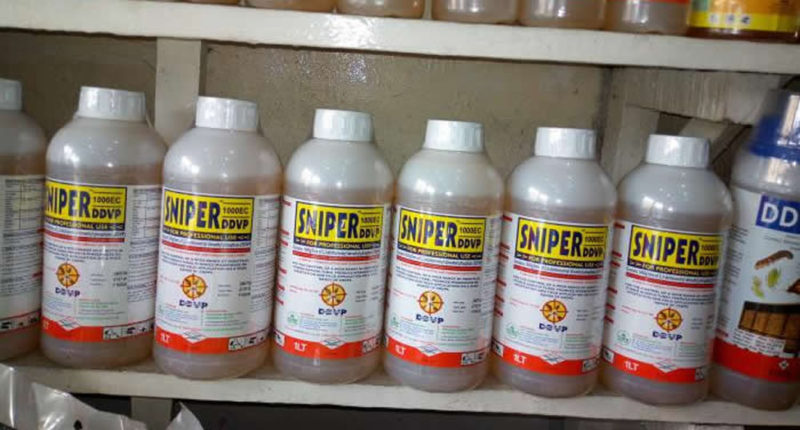 The 31-year-old-man was said to have committed suicide by drinking a poisonous substance believed by the police to be the pesticide, Sniper.

His body was found in his apartment at Lakeview Phase 1 Estate, Amuwo Odofin.

A police source said the deceased was suspected to have drunk a tin of insecticide, Sniper, as an empty tin was found in his apartment.

In her reaction, the deceased’s mother, Mrs. Juliet Okoroafor, said she suspected foul play in his death and called on the police to conduct an autopsy to ascertain the exact cause of death .

“I received a call on January 7, that my son was about to commit suicide. I rushed to the scene and met him lying on the floor in his room. He was rushed to First Line Hospital in Festac, where he was confirmed dead. I want the police to conduct autopsy on him to ascertain the cause of his death.”

“When Mrs. Okoroafor reported the matter at the Festac division, the scene was visited by detectives, led by SP Francis Oyeyemi, where an open tin of suspected poisonous substance, Sniper, was recovered. We are still investigating.”