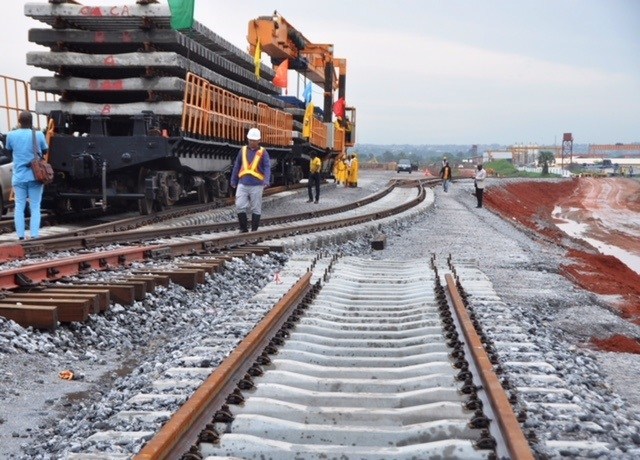 The Police in Oyo State have paraded the 32-year-old project manager of CCECC Beam Nigeria Limited, Olamide Bello, for allegedly masterminding the theft of materials meant for the ongoing Lagos-Ibadan railway line.

Bello was paraded alongside 33 others whose alleged crimes range from armed robbery, stealing and kidnapping.

The Commissioner of Police, Shina Olukolu, who paraded the suspects, said Bello and members of his gang stormed the company’s office at Sanusi area of Ibadan around 10 p.m. on 10 January 2020, broke and entered into the company’s iron rods store and other equipment.

The invaders, who were armed with weapons, loaded 123 pieces of 16MM iron rods into a Volvo truck with registration number LSD 813 XV, which they have purportedly been using to convey the stolen iron rods.

“However, while the hoodlums were leaving the scene of crime, information was received by the Divisional Police Office, Omi-Adio, and aided by a team of Special Anti-Robbery Squad (SARS) operatives, who were on routine patrol in the area confronted the hoodlums and in the process, nine of the suspects were arrested,” he added.

Olukolu said seven receivers of the stolen items were among the arrested members of the gang and gave their names as Popoola Rafiu, 44; Caleb Adewumi, 46; Ajidara Okikiola, 45; Ayorinde Shola, 40; Olayinka Olanrewaju, 21; Issa Salaudeen, 43; and Afolayan Lukman, 38. The ninth suspect Taiwo Seyi, 33, is the truck driver.

Bello, however, told journalists during an interview that though he admitted he committed the crime, it was a set up for him, saying he did not know why another employee of the company that allegedly participated in the last illegal operation the gang carried out has not been arrested by the police.

He stated that he collected N120,000 salary every month in the company and that the gang realised above N250,000 when they sold the iron rod they stole during their first operation, adding that his share was over N50,000.

He said the police arrested them in the process of carrying out the second operation. But he did not have anything to say on why he indulged in stealing from the company that employed him.