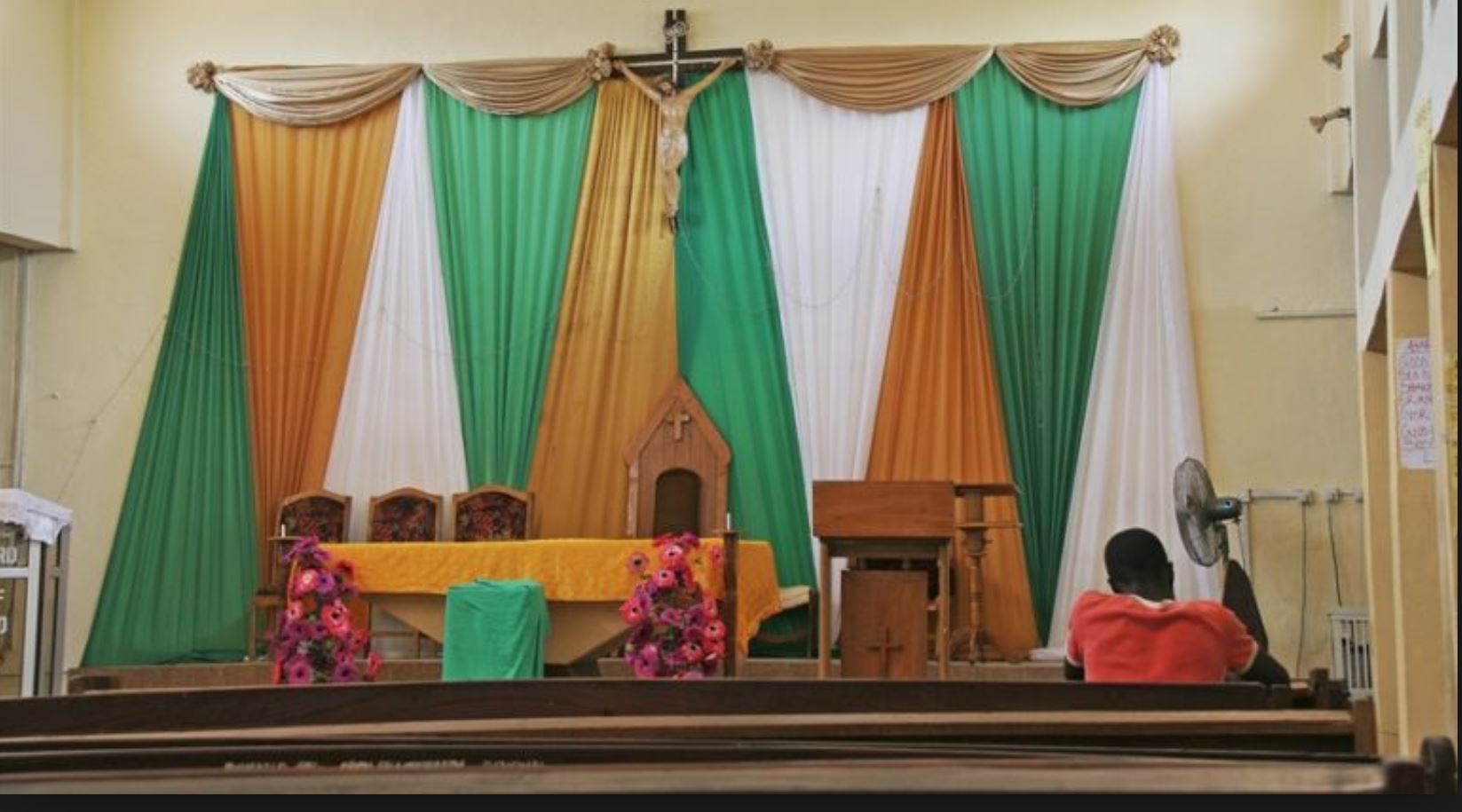 Moji Aderibigbe, a 39-year-old woman, has been charged to court for stripping naked and pouring urine on the church altar of the Firebrand Power Ministry.

Aderibigbe, who resides in Pedro Area of Lagos is charged with insult to religion and disorderly conduct at Yaba Chief Magistrates’ Court in Lagos on Friday.

MORE READING!  You are next to be raped, Nigerian man reacts to Lady's new pictures on social media

The Police prosecutor, Sgt. Modupe Olaluwoye, told the court that the defendant committed the offence at 8 p.m. on May 13, at No. 49, Onabola St., Ladi-lak area of Bariga, Lagos.

“My Lord, when Aderibigbe was told that the pastor had taken her son to the station, she took off her clothes inside the church building.

“She also climbed the altar and began to urinate,” she said.

The offence, she said, contravened the provisions of sections 124 and 168 (a) of the Criminal Laws of Lagos State, 2011.

After the charge was read to her, she pleaded not guilty.

The Chief Magistrate, Mrs Oluwatoyin Oghere, admitted the defendant to bail in the sum of N50,000 with two sureties in like sum.

Oghere ordered that the sureties must be gainfully employed and must show evidence of three years tax payment to the Lagos state government.

She adjourned the case until May 22 for mention.

The Lagos State Water Corporation on Thursday said that the state government had evolved measures that would ensure equitable potable water distribution in the state.

The corporation’s Managing Director, Mr. Adekunle Badmus, told journalists that globally there was a shortage of potable water supply.

The LSWC boss spoke on the sidelines of the 11th Olu Awoyinfa Distinguished Annual Public Lecture in Lagos.

The theme of the lecture was “Forming Uncommon Partnership: Solution to Challenges of Developing Nations.“

Badmus said Gov. Babajide Sanwo-Olu’s administration was working on bridging water shortfalls in the state while harnessing the benefits of creating other value chains from water.

“When he assumed office, he visited all our facilities and he has determined that before the end of his tenure, more people will benefit from safe and potable water in the state,’’ he said.

The managing director said that ongoing projects in the state had shown that the backwash from some water channels contained substances that could be used for fertilizers.

Badmus said that the resident’s desperation for water supply had led to the proliferation of boreholes in the state, despite the dangers involved in indiscriminate drilling.

The managing director also said that it was imperative for governments in the country to urgently address the water needs, adding that most borehole waters were often polluted due to various factors.

“We need to speed it up, we are still way behind in getting water to everyone that needs to get water. If we continue to delay then our lives will continue to be at risk, because the people who drill boreholes don’t care if the site was a burial ground, dumpster, or old weaponry.

“Yes, there is usually casing for boreholes but they sometimes crack, there is what we call infiltration that goes into the water,’’ he said.

Badmus added that most borehole waters were contaminated from storm waters, groundwaters, and other sources that were harmful for human use.

While delivering his keynote lecture, Badmus called on Nigerian leaders to explore the capacity of local engineers in addressing the nation’s water problem and other developmental challenges.

MORE READING!  Man shares how he dealt with father who had been raping his 14-year-old daughter since she was seven

He called for partnerships between professionals in various fields to provide scientific solutions to various sectors of the nation’s economy for rapid growth and industrialization.

According to him, developing local capacity would also remove capital flight and ensure the growth of technology in various sectors.

Badmus said that COVID-19 and other current challenges had made the need for partnership with other professional bodies in problems solving inevitable.

Badmus listed various areas of collaboration in solving societal problems to include agriculture, infrastructure, engineering, and other sectors.

He said there was pressure on health facilities occasioned by poor water supply and sanitation while stressing the need for urgent measures with COVID-19 pandemic to better address the problems of water.

“To deal with these challenges in developing countries, we must be innovative and form uncommon partnerships,” Badmus said.

He said that there should also be uncommon partnerships between Google and pharmaceutical companies, schools, and banks to evolve digital platforms for carrying out activities.

Badmus said that there should be uncommon partnerships like the Lagos and Kebbi States LAKE Rice partnership that would be of mutual benefit.

“If we are to rid the developing countries of the many challenges encumbering them, then we must be innovative.

“We must begin to form uncommon partnerships across all sectors, from the health sector to the water supply and sanitation, to building infrastructure, agriculture, banking, and so on.

“Uncommon partners will help us to succeed by providing us with capabilities we shouldn’t build ourselves, as well as with fresh insight.

“We should help uncommon partners succeed by creating a mutual relationship which both parties can prosper from,’’ he said.

The lecture, which was organised by the Ikeja Branch of the Nigerian Society of Engineers (NSE), also featured induction of new engineers and presentation of scholarship awards. 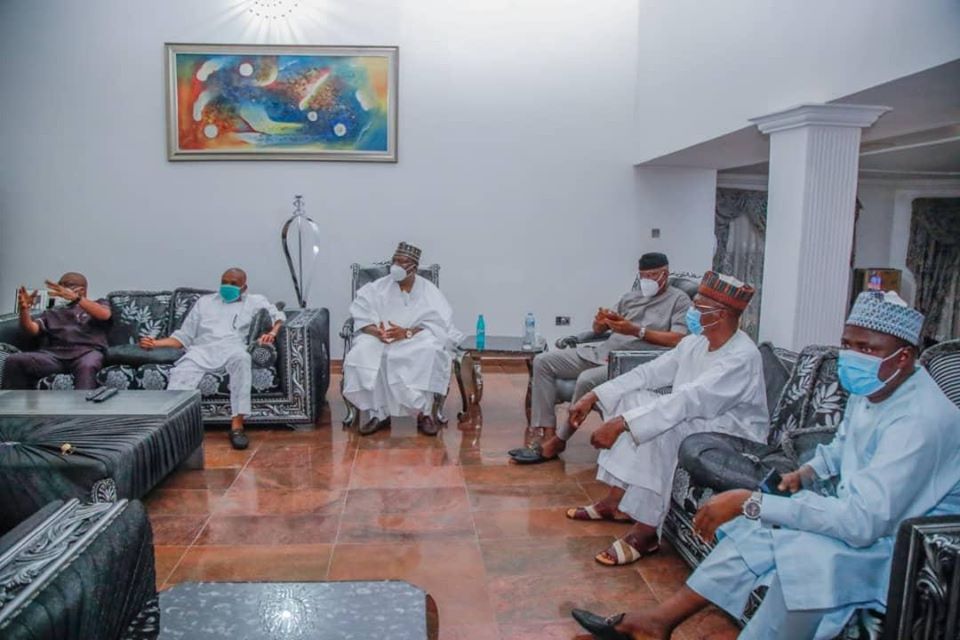 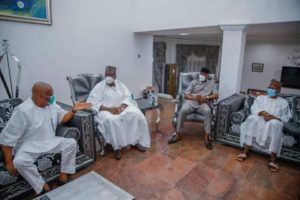 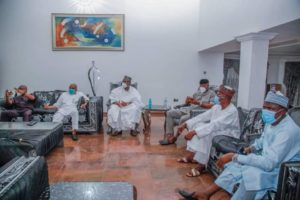 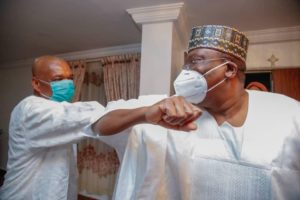 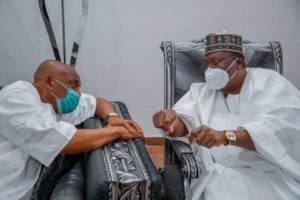 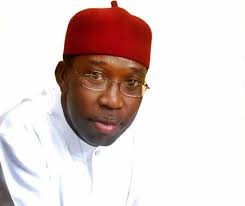 Gov. Ifeanyi Okowa of Delta on Thursday pledged his administration’s resolve to connect the state with roads and bridges for economic growth.

The governor said this while speaking with newsmen after inspecting the Alihami-Agbor-Nta-Oki road in Ika South Local Government Area of the state.

He said that the importance of road connectivity to economic development could not be overemphasized, adding that the prevailing pandemic could not stop good governance and infrastructural development of the state.

According to him, connecting the state with roads and bridges will ensure the economic growth of communities.

He assured the people of Delta of his administration’s commitment to executing projects that would impact their lives.

Okowa, who was conducted round the projects by the Commissioner for Environment, Mr. Chris Onogba, and his housing counterpart, Chief Festus Ochonogor said: “we will continue to execute programs and projects that will make our people be prosperous.’’

“In spite of the COVID-19 and the slowdown of so many things we are doing as a state, there is a need to go down and check the things that we intend to continue in the next few weeks.

“I first visited the Alihami-Agbor-Nta-Oki road; it was a surprise visit and the contractor himself was not on site but the workers were on site and it afforded me the opportunity to have first-hand knowledge of the level of work being done.

“A lot of drainage work has been done and some sections of the road have been stone-based.

“That road is very important because when it is completed to Edo border, it means that those going to Jesse, Oghara and Sapele axis will have a much faster route.

“That is very good for us and our people because it connects Delta with a section of villages that are actually in Edo and then to the Jesse end.

“The road interconnectivity is good for commerce and economic development of the benefiting communities and we will continue to construct as many roads as our finances can enable us,” Okowa said.

“It’s actually a project of Delta with the World Bank.

“This is one of the five sites in Delta and the contractor, Levante Construction is doing well.

“We are happy with the work being done and he has assured us that even though the rain they will continue working to ensure that a lot of homes are saved.

“We are in the process of awarding contracts for other erosion control projects in the state,’’ he said.

Okowa said the FRSC training school was a collaborative project between the state and the corps because “we believe that the school will have an impact on the economy of this area.’’

“We are providing the buildings; they will provide other needed infrastructure and provide the staffing to enable the school to take off.

“Right from the lockdown, we allowed some contractors to return to the site with strict adherence to the NCDC protocols and that is why we allowed the erosion control project to continue because it can have been a very devastating impact.

“I am glad that the contractors are on course and they have assured me they will continue to work throughout the rains,’’ the governor said

The governor, however, revealed that the state had recorded 106 confirmed cases on COVID-19 to date.

He said that though the numbers were restricted to certain local government areas, the state had continued monitoring the development.

“For us in Delta, we have 106 cases of COVID-19 now but they are actually restricted to certain local government areas at the moment.

“And we are monitoring the trend and whatever decisions we are going to take as we move into future is going to be based on the data that is available before us.

“This is to ensure that we are making informed decisions and having a targeted approach; that is our intention and we hope that God willing, we will continue to do our best to combat the pandemic,” he said.