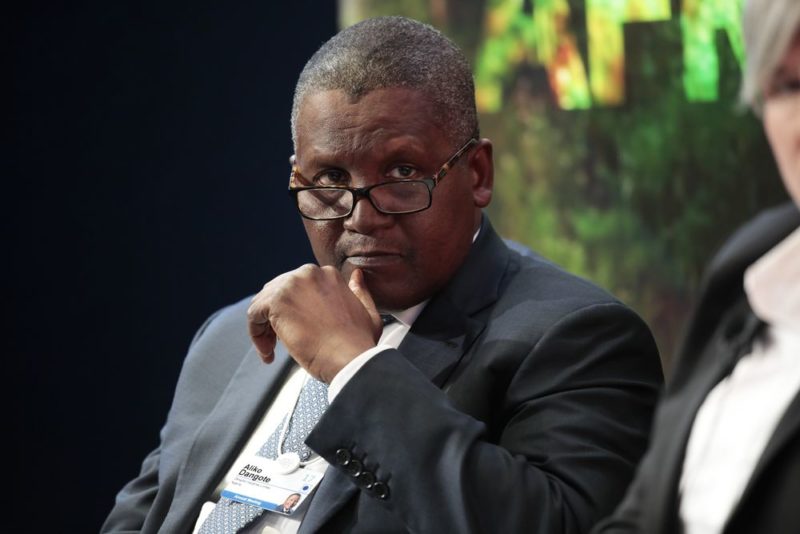 Dangote Cement Plc has donated N100m worth of cement to the Lagos State government, to support the ongoing reconstruction process at the Abule-Ado area of Amuwo-Odofin Local Government of the state, which was affected by a pipeline explosion last weekend.

Mr Ikazoboh, who on behalf of Dangote, commiserated with Governor Sanwo-Olu over the unfortunate incident caused by the gas explosion, said the Dangote Cement company “would be supporting the reconstruction of the Abule-Ado area with N100 million worth of cement”.

He also formally informed the governor of the change of baton at the helm of the cement manufacturing giant, where Mr. Puchercos recently took over from Mr. Makoju on the retirement of the latter.

He added that the company, and indeed the whole Dangote Group, would continue to support and collaborate with the Lagos State government in its economic development efforts.

Governor Sanwo-Olu, in his remarks, acknowledged the change in management at Dangote Cement Plc and expressed appreciation at the company’s gesture, which he described as timely.

“We take seriously your level of support because there is a lot of reconstruction going on at Abule-Ado so that normalcy can be restored. We welcome all the support we have gotten.

“I appreciate the Chairman who has said that the Group will continue to support us. On behalf of the Lagos State Government, we thank you for coming to commiserate with us, and for your gesture of support. We also thank all Lagosians and Nigerians who have been coming to support us”, the governor added.

In an incident which resulted in several casualties, some parts of Abule Ado along Badagry/Mile 2 Expressway, Lagos were affected by the pipeline explosion, which occurred at about 8am on Sunday morning. The blast forced several residents and Christian worshipers who had gone to church in the area to scamper for safety.