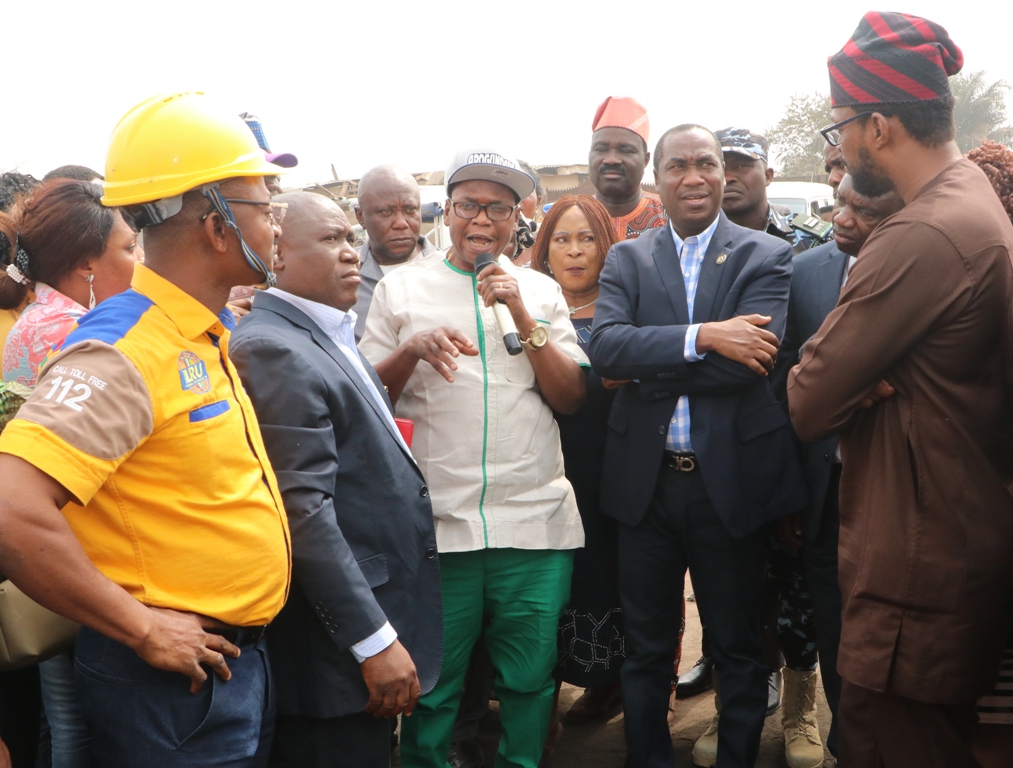 Lagos State Deputy Governor, Dr. Obafemi Hamzat has said the state government will meet with the families of victims of Abule Egba pipeline explosion and see what can be done to ameliorate their losses.

Hamzat added that government will also support the community in whatever they are doing to ensure the safety of their lives and property.

He stated this on Tuesday during a visit to the scene of the explosion which occurred last Sunday.

The Deputy Governor, accompanied by some State officials, called for collaboration among the relevant stakeholders on how to end the incessant pipeline vandalism in the State.

According to him, such collaboration has become imperative in view of lost lives and property occasioned by the handiwork of vandals, whose activities can bring tears and sorrows to the people.

He said the State Government, Nigerian National Petroleum Corporation (NNPC) and relevant security agencies must put in place, measures that would deter the criminals from perpetrating evil acts.

Hamzat, who described the fire incident as “very unfortunate development’’, assured that government would fish out the perpetrators and punish them according to the laws of the land.

While expressing his displeasure on act of vandalism, he called on the residents to be more vigilant by reporting any suspicious moves by the vandals to the appropriate authorities.

“Please, endeavour to call security people on any of free toll emergency numbers for appropriate response to forestall any form of vandalisation of our infrastructure.

“We need the help of the community to provide information, the people doing these evil acts are not ghosts, they are human beings and can be caught. We must apprehend them. We will work with security operatives to catch them and make examples,” he said.

Briefing the Deputy Governor during the assessment, the Chairman, Agbado-Oke-Odo Local Council Development Area, Dr. Augustine Arogundade called on NNPC to institute a taskforce to monitor and police the pipeline against vandalism.

Also, speaking at the site of the incident, the Director of Operations, Lagos State Emergency Management Authority, LASEMA, Engr. Olatunde Akinsanya stated that the agency has commenced holistic enumeration to ascertain the impact of the fire outbreak in collaboration with the Agbado-Oke-Odo LCDA to know the number of people and families displaced as well as properties lost.

In addition, he said the Director-General of LASEMA has directed the commencement of preparation to receive the displaced people at two of the relief camps at Igando and Agbowa.