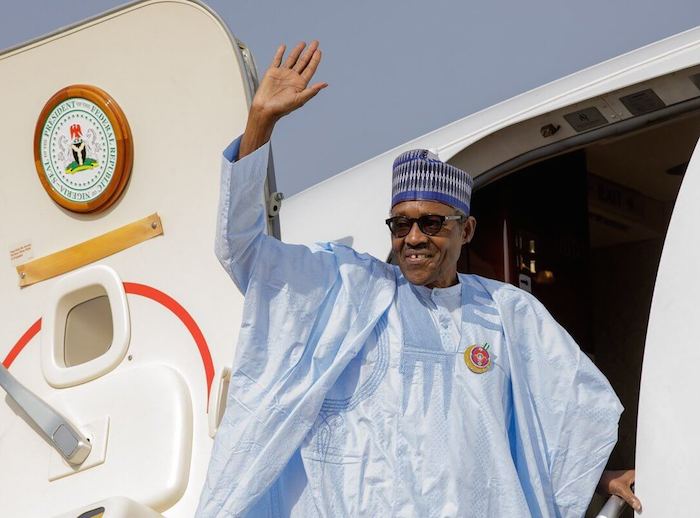 There was a mild drama on Monday as President Muhammadu Buhari paid a condolence visit to Benue State Governor, Samuel Ortom.

This was made public in the pictures that emerged on social media few hours ago, showing some Benue residents demanding the president to either “Act Now or Resign.”

The aggrieved residents who could not stomach their anger over the Fulani herdsmen incessant killings in the state, carried a big banner asking the president to treat them the way he treats his son, Yusuf Buhari.

It was earlier reported that President Buhari, arrived Benue state at about 10:43am this morning to commiserate with the residents over the New Year killings that claimed the lives of 73 harmless people.

The president embarked on the journey after Nigerians have taken to various social media platforms to criticize him for his nonchalant attitude towards the plight of Benue people over the terrible loss of their kinsmen and relatives.

Buhari was also expected to meet with stakeholders over the recent Fulani herdsmen killings in the state.

Recall that President Buhari paid a condolence visit to Taraba state last week, and he is also expected to visit Yobe, Zamfara and Rivers states where other forms of violence had been reported in the past few months. 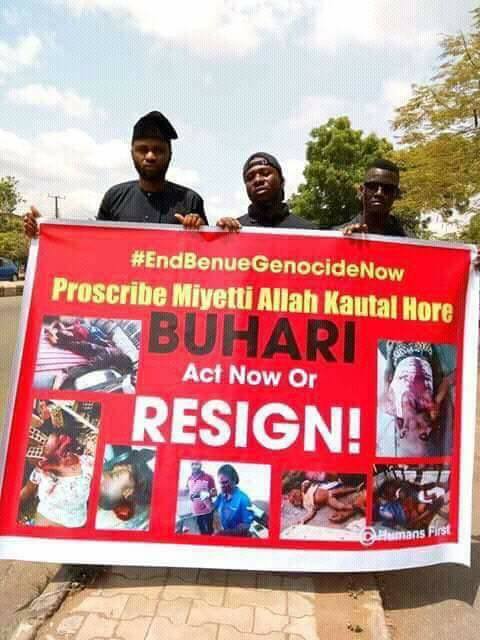 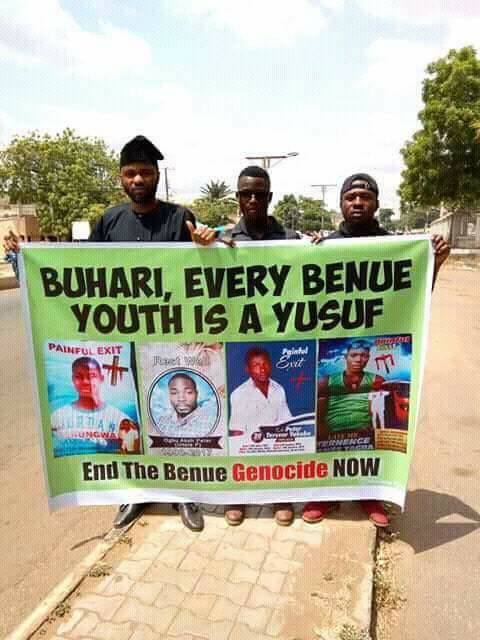