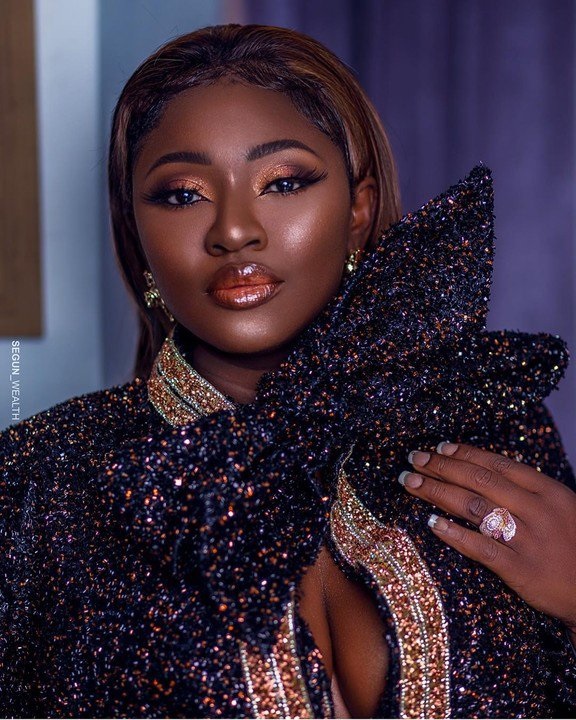 Nollywood actress, Yvonne Jegede, has a message for trolls coming after her for separating from her husband, Olakunle “Abounce” Fawole.

Recall that the two-year-old marriage between the 36-year-old actress with a colleague, Olakunle “Abounce” Fawole, hit the walls late last year.

In a series of post on her Instastory, Yvonne Jegede tells people insulting her based on her failed marriage that they’d “hear from her.”

”It’s my failed marriage, not yours. If it hurts you that bad please go and marry him and give you the happiness you so wish him,” she wrote.

READ ALSO: We don’t want to be slapped, Abbo Elisha is not worthy of AGN, Kate Henshaw warns Emeka Rollas

”I’m not the type of woman anybody can intimidate. What you see is what you get with me. If you must act like a fool, do it here. I no dey find trouble but I definitely like trouble.” 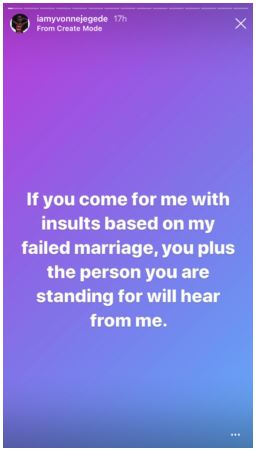 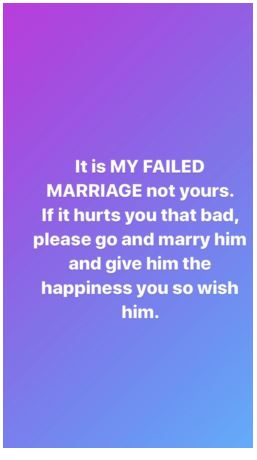 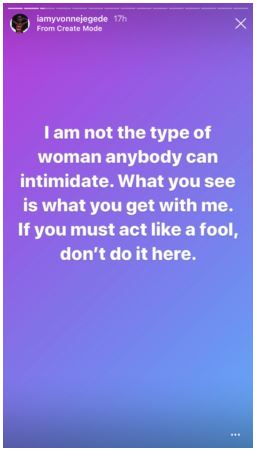 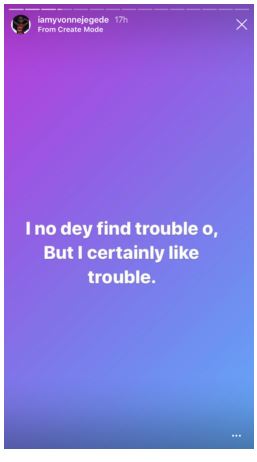 Related Topics:DivorceInstastoryYvonne Jegede
Up Next 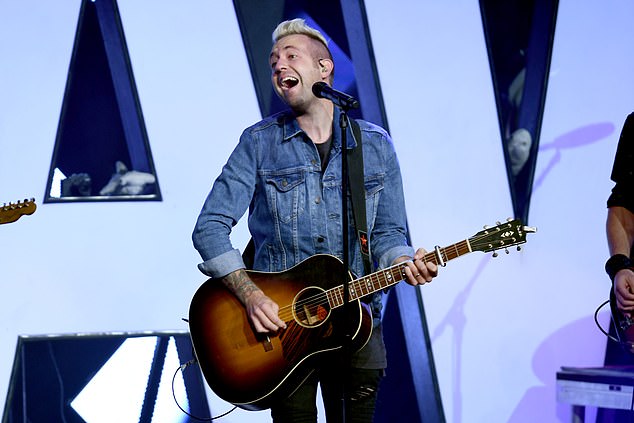 The frontman of the Christian rock band Hawk Nelson, Jon Steingard has revealed that he “no longer believes in God.”

Taking to his Instagram page, Jon Steingard, shared that he no longer believes in God, stating that he has been terrified to make it public.

“I’ve been terrified to post this for a while – but it feels like it’s time for me to be honest,” he wrote in the caption to his multi-image post of his statement. “I hope this is not the end of the conversation, but the beginning.”

In his note, Steingard explained how he came to his latest view.

“After growing up in a Christian home, being a pastor’s kid, playing and singing in a Christian band, and having the word ‘Christian’ in front of most of the things in my life – I am now finding that I no longer believe in God,” he wrote in his statement.

“The last few words of that sentence were hard to write. I still find myself wanting to soften that statement by wording it differently or less specifically – but it wouldn’t be as true.”

In regards to his fronting Hawk Nelson, Steingard wrote:

“If you’re someone who follows me because of Hawk Nelson, and my involvement in Christian music, you are probably thinking, ‘Wait — were you lying to me the whole time? Were you just pretending to be a Christian? What about all those songs you wrote? Did you mean those?’

“The short answer is that I was not lying. I did believe those things at the time. I may have been pulling on the threads of the sweater, but there was still some sweater left back then.”

Steingard also suggested that he will be leaving Hawk Nelson in the future.

“While I know I can no longer stand on stage and in good conscience sing songs like ‘Drops in the Ocean’, I no longer fear losing my place in Christian music. I know this means giving it up voluntarily.” 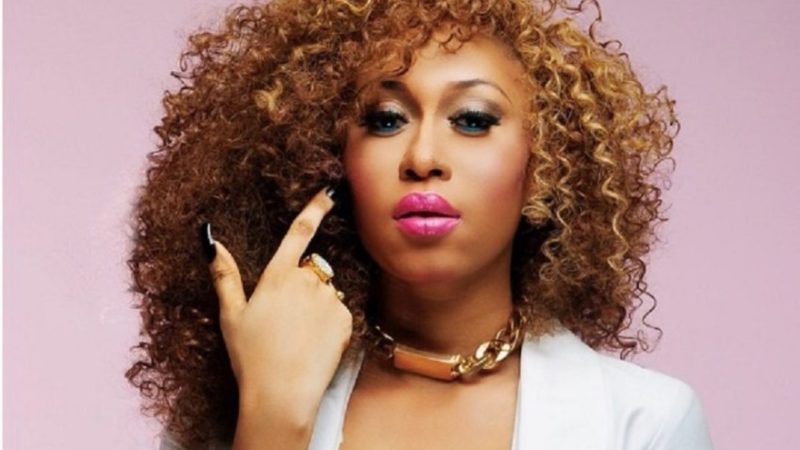 WuzupNigeria recalls that in a recent Instagram live video, Cynthia Morgan joined ex-Miss Globe Nigeria, Cassandra, revealing why she disappeared from the music scene despite becoming a household name.

According to Cynthia Morgan, in 2017, her contract with the record label, Northside Inc. owned by Jude Okoye was not renewed. She said she was not happy with the label and left after her contract expired.

Since her revelation, many celebrities have promised to help her, with Davido notably promising a future collaboration.

MORE READING!  Teachers who called local languages in school 'vernacular' should be ashamed of themselves- Yul Edochie

Well, Cynthia Morgan has written an open letter to appreciate everyone showing her love since she shared her story.

According to her, she allowed the hurt and pain from past dealings take over her emotions, and she asked for understanding and patience from everyone supporting her.

She also used the medium to formally introduce herself as ‘The Madrina’.

Read the letter below: 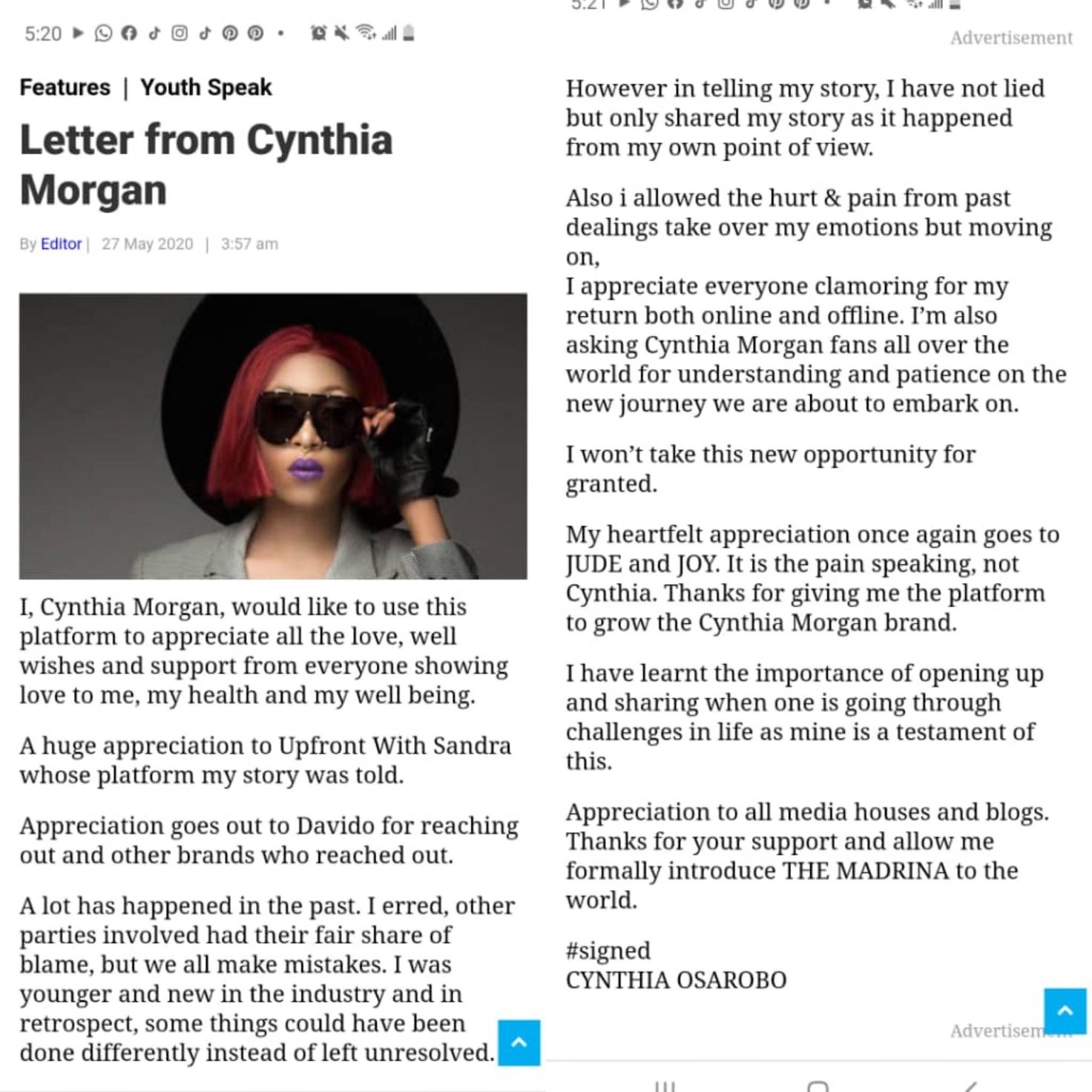 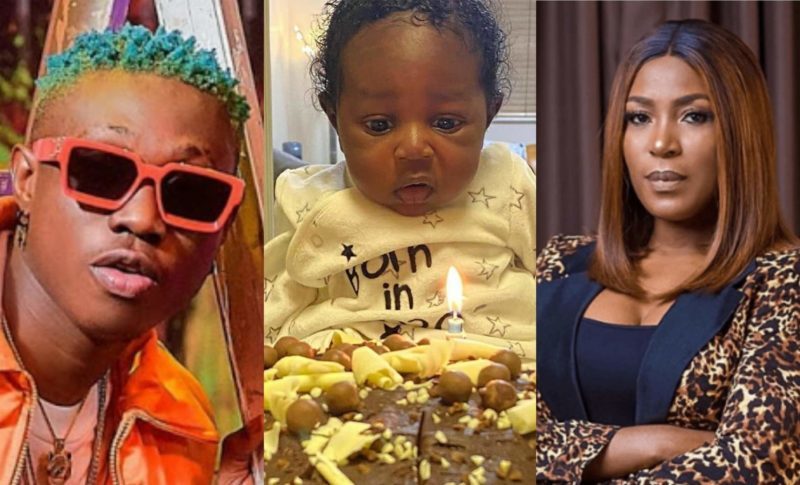 Meanwhile, Zlatan and publication, Linda Ikeji’s blog, have exchanged words over the identity of the baby whose picture he shared on Instagram.

The blog had reposted the video and identified him as the 25-year-old singer’s son even though he never confirmed that the child is his.

Rapper #ZlatanIbile shares photos of his baby, Toluwalase, who he welcomed with his partner in March❤