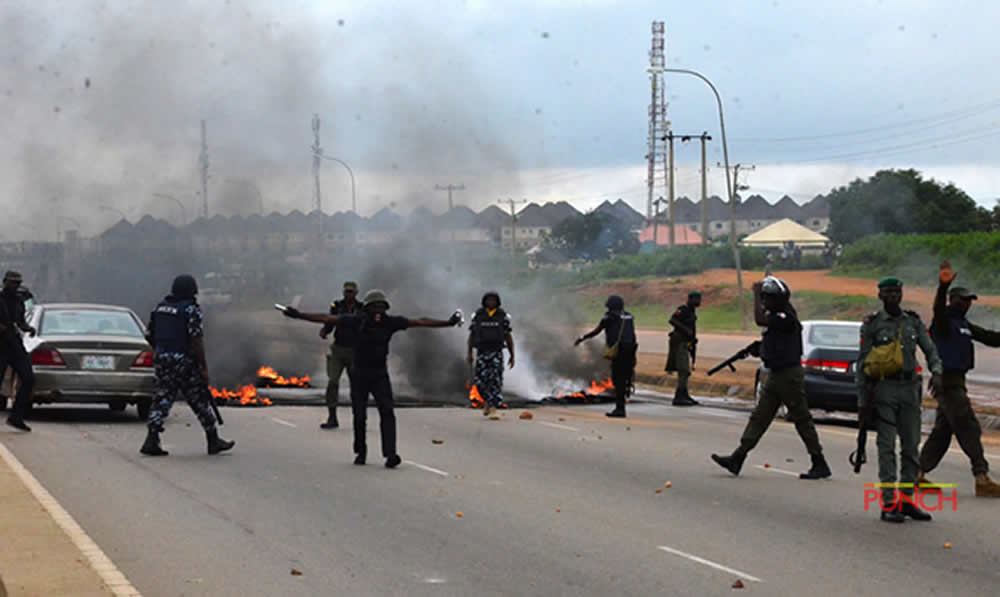 Hundreds of Adamawa youths on Tuesday blocked the federal highway passing through Girei community to Yola, the state capital, and other parts of the state to protest against incessant kidnappings in the area.

The youths, who are from Girei Local Government Area, rendered many travellers and motorists stranded.

They vowed that they would not open the road until the authorities, particularly the Governor or Commissioner of Police, address them and commit to addressing the menace.

Alhaji Saidu Hamman-Girei, the spokesman of the youth, also the youth leader, (Sarkin Matasa) of Girei District, said recently about 10 persons in the community lost their lives to kidnappers.

“But what we are hearing now is that there is an order from the police headquarters that the suspects be released,“ he alleged.

He said that between N60 million to N70 million had also been paid as ransom to kidnappers.

“We mobilised and supported the security in arresting about 11 suspects with pieces of incriminating evidence.

“We want the Commissioner of Police to come and tell us why, because serious tension is brewing here.

“I had to intervene yesterday to stop youths from burning down Girei Police Station,’’ Hamman-Girei said.

Yahaya said that he was not aware of any suspect that was ordered to be released, adding that about eight suspected kidnappers were facing prosecution in court.

He said that four others had been transferred to Force Headquarters, Abuja for further investigations.

Yahaya, who lauded members of the public for supporting the police in the fight against kidnappers, assured that the command would not disappoint them.

Continue Reading
You may also like...
Related Topics:Adamawa, Kidnapping, Protest