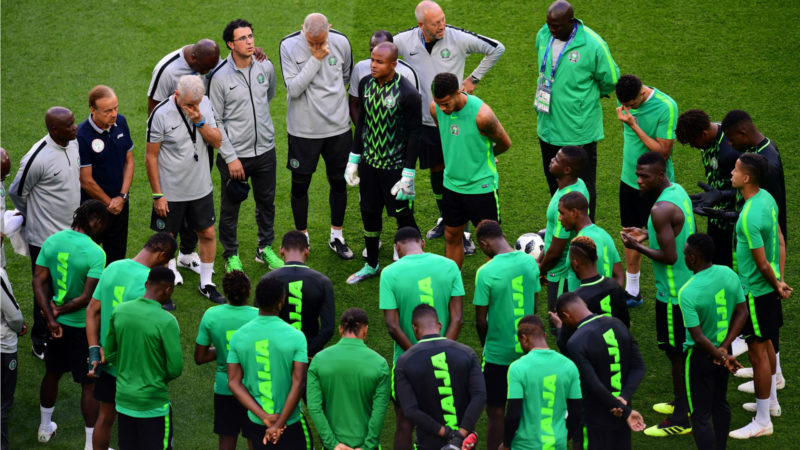 Sources claim Super Eagles players have been paid their outstanding bonuses and allowances ahead of today’s Group B clash against the Barea of Madagascar.

Correspondent Adejayan Gbenga Gsong had reported last week that the buildup to Wednesday’s clash with Guinea suffered a setback as a bonus row hogged the headlines, with players boycotting the pre-match conference and arriving late for training.

However, they received their entitlements on Saturday, after the Nigeria Football Federation (NFF) granted the players’ wish of having the money in their accounts to cover their owed 22-day payments.

Also, the Super Eagles received bonuses for their wins over the Swallows of Burundi and the Syli Nationale of Guinea.

Unpaid bonuses are not new in Nigerian football. First, the Nigeria U-20 team embarked on a sit-in protest and refused to leave Poland after their elimination from the FIFA U-20 World Cup.

Recently, the Nigeria women’s senior national team – the Super Falcons, who were knocked out of the Women’s World Cup in France, refused to leave their hotel until all outstanding bonuses were paid – a claim the NFF denied, insisting Thomas Dennerby’s ladies were not owed.

Nigeria face Madagascar at the Alexandria Stadium and would be hoping to grab their third consecutive win to finish as Group B winners. A draw will also confirm the Super Eagles’ top spot finish in the group.