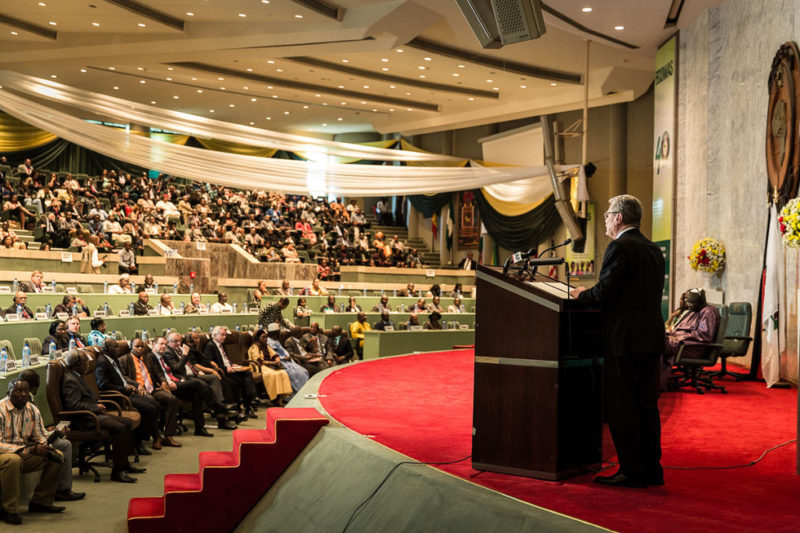 Some tourism and travel stakeholders have said that the issuance of a single visa for travellers across countries of Economic Community of West African States (ECOWAS) will encourage seamless movements within the region.

They made the suggestion during the 2019 Accra weizo, a West African tourism and travel expo, held at La palm Beach and Resort, Accra in Ghana.

The expo which started on Friday and ended on Saturday had “Seamless Travels in West Africa” as its theme.

The stakeholders said such an arrangement would enhance seamless travels by air and road.

They added that it would also facilitate the development of tourism and other businesses within ECOWAS countries.

Mr Basil Agboarumi, the Managing Director of Skyway Aviation Handling Company Limited ( SAHCOL) said that
the issuance of a single visa to travel across Africa would ensure seamless travels.

He said that it would also strengthen peace and unity among the people of Africa and the world.

He urged governments across the world to work on this to reduce the bureaucratic bottom neck people had to go through at various borders whenever they travelled by road.

According to him, when Europeans visit West Africa, they usually obtain individual visas for each of the countries they will be visiting in the sub-region.

”ECOWAS countries need to take a cue from this as it will increase the rate of tourists from European and American countries into West African sub-region.

”Tourism and aviation stakeholders must collaborate to ensure this is achieved,” he said.

Also, Mrs Lydia Achel said that to achieve seamless travels on the sub-regional continental highways, single advanced passengers’ information system should be created across the borders of West African countries.

Achel is the head of Intelligence unit of Ghana Immigration Service.

She said that this would ensure connectivity among the borders of West African countries and profer solutions to a series of stoppages at various borders.

”This will assist the Immigration and other officers at the borders also,” she said.

Similarly, Mr Sean Mendis, Chief Operations Officer of Africa World Airlines, said that one of the problems experienced in Africa was multiple taxation.

Mendis added that people who could afford to travel were seen as government cash trap.

According to him, a good percentage of money generated by the airlines goes back to government through a series of taxation.

”To move forward as Africans and achieve seamless travels, government must desist from milking the industry through multiple taxation and Africans must be made comfortable enough to afford travelling.

”People who can afford to travel should not be seen as government cash trap,” he said.