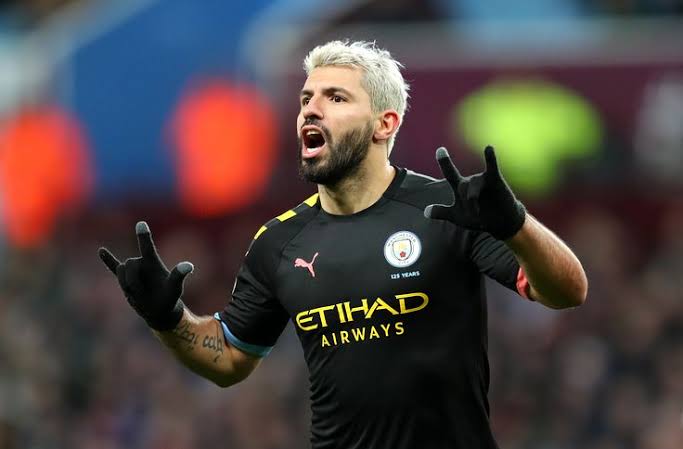 The Argentine took his tally to 177 league goals to surpass Thierry Henry’s mark as a brace from Riyad Mahrez and Gabriel Jesus’ strike helped earn a 6-1 win.

With Brazilian forward Wesley ruled out for the season, Dean Smith named an eleven without a recognised striker, partnering Jack Grealish and Anwar El Ghazi in a makeshift frontline.

As if to rub it in, Pep Guardiola named both Aguero and Jesus in his starting XI as part of six changes to the side that had beaten local rivals Manchester United in the EFL Cup in midweek.

Even before kick-off, it had the makings of a long afternoon for the hosts, and their resistance lasted just 18 minutes before Mahrez breezed away from debutant Danny Drinkwater and steered in at the near post.

If Drinkwater, making only his second league start of the season, looked rusty on that occasion, it was nothing compared to his error a few minutes later, as a heavy touch inside his own penalty area allowed Mahrez to thunder home a second.

Aguero made it three with a piledriver from range, though Orjan Nyland should have done better than his weak-wristed attempt at a save.

On the stroke of half-time it was four, Kevin De Bruyne bending in one of those ridiculous crosses that left Jesus no option but to find the back of the net.

Aguero got his second shortly before the hour mark, guiding into the bottom corner after being found by David Silva, while Jesus would have had his were it not for a crucial block from Tyrone Mings.

Guardiola then had the luxury of resting several key men, with De Bruyne, Rodri and Fernandinho all withdrawn, while Sterling was not called off the bench.

City’s had clearly eased up, but a clanger from Kortney Hause still gifted Aguero the chance to win the match ball and he made no mistake.

There was finally some consolation for Villa in stoppage time as El Ghazi thudded home a superb spot kick after Ilkay Gundogan had fouled Trezeguet.