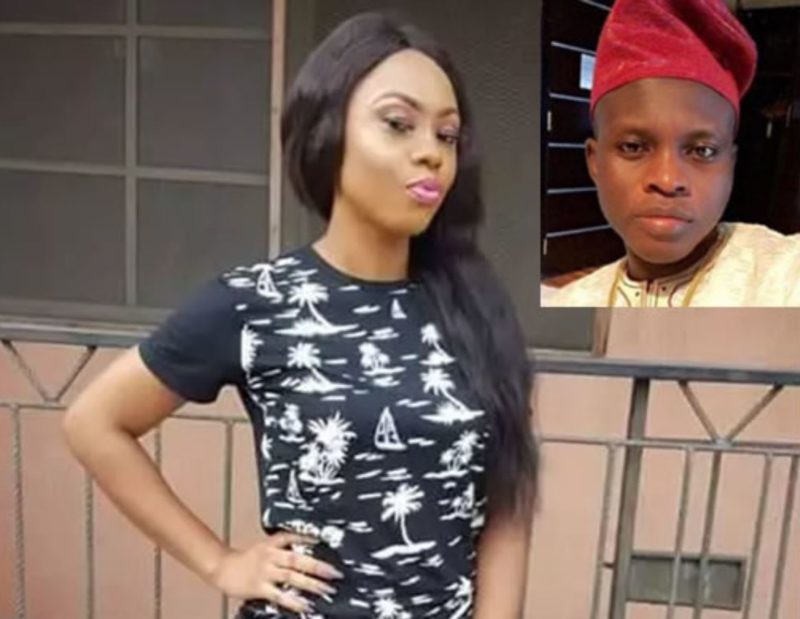 The third person in the company of victim of the police shooting in Ajegunle, Lagos has narrated her account of the event leading to the death of 20-year-old Ada Ifeanyi on the morning of Saturday 13th April.

She said the Police officer who fired the shot threatened to shoot them before firing the shot that killed Ada.

Police from the Trinity police station in Ajegunle shot dead Ada Ifeanyi over the weekend while her male friend Emmanuel Akomafuwa sustained grievous injuries from the gunshot.

The other lady identified as Faith who was in the car and witnessed the incident said the police gave them a hot chase before eventually shooting at them at Akpiri street in Ajegunle. She, however, said they couldn’t have stopped the car when they were ordered to stop because the person they saw on the bike chasing them was not putting on a police uniform.

Faith while narrating the story said contrary to social media reports that they were all coming from a night club, she was in her home that morning when Emmanuel and his deceased girlfriend came to pick her up at home and urged her to go out with them.

She added that she had never met the deceased until that morning when Emmanuel who is her long term friend brought Ada to her house.

Faith who broke down in tears as she spoke with our reporter said,

“We were on our way to Cariton hotel at Coconut area that morning. where Emmanuel had lodged

“When we got to Idowu junction, I just heard a noise, I looked up and saw a motorcycle chasing us, the rider was on mufti and was ordering us to stop, so Emma didn’t wait, but the bike was chasing us, then I saw another man on police uniform it was at that point we started begging Emma to stop but he refused saying he has no business with them.

“The police kept chasing us and Emma drove past the Cariton hotel he told me he lodged.

“The police started struggling with the vehicle with their motorcycle, they broke the glass of the car with their gun, then as we were approaching Akpiri street, the officer shouted ‘I am going to shoot’,

“Immediately he said that, Ada jumped out of the car at Akpiri street, then the police fired the shot from the driver’s side, and I didn’t know the bullet hit Ada because I also jumped out after Ada.

“Immediately after shooting, the police fled the scene and people in the neighbourhood quickly rushed out to attend to us.”

Our reporter gathered that Emmanuel who also sustained grievous injuries from the gunshot is now recuperating.

When our reporter spoke with him on the phone on Sunday evening, Emmanuel said he was receiving treatment at a hospital in Lekki area of Lagos.