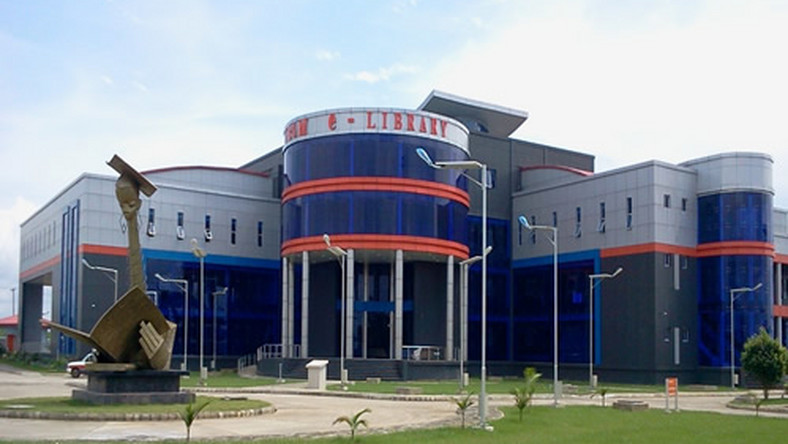 It was gathered that Nkanang a student in the Department of Performing Arts was suspended indefinitely on May 9th, 2019.

“AKSU what is happening? A dry cleaners shop was robbed last night along college road….”

“No…. we don’t want to spoil the schools image…. foolish vc,”

When the university’s attention was drawn to her “foolish vc” comment, she was summoned to face a panel where the decision to suspend her was reached.

In the suspension letter signed by AKSU Registrar, John Udo, the management described her post as “gross misconduct” and a “breach of matriculation oath”.

He said Ms Nkanang admitted before a meeting with university officials that she did call the vice chancellor foolish.

The statement said Joy Nkanang would remain suspended from studies and barred from entering the campus until the conclusion of investigation on her case.

But a source who witnessed the meeting proceedings said the student was not allowed to make any comment when she appeared before the officials.

“They just asked her where she’s from in Akwa Ibom and who her father is.

“At the end of the meeting, they told her she is dismissed from school. She knelt down and begged, but nobody listened to her,” the source said.

The spokesperson of the University Akaninyene Ibanga said Ms Nkanang may be recalled or expelled from the university when the case is “determined”.

Ibanga said the suspended student is yet to be invited to appear before a disciplinary committee of the school. 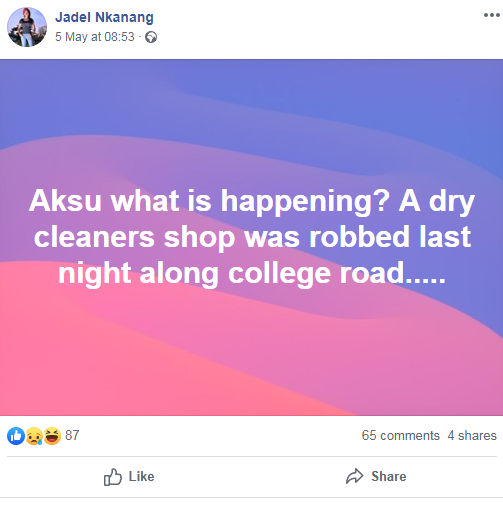 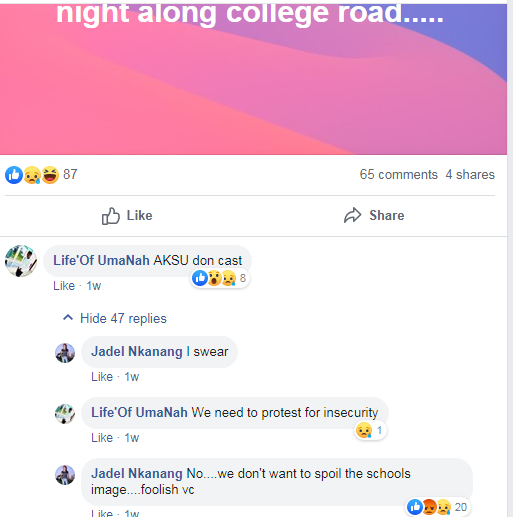