Queen Ola in a statement warned netizens to stop tagging her about Anjorin adding that her family has no business with Nollywood actors and its industry.

She also stated that no biological child of the Alaafin could demean the throne by engaging in filthy fights on social media platforms.

Recall that Lizzy Anjorin has been trolling Toyin Abraham over claims that she instigated her fans to report her to the National Drug Law Enforcement Agency for peddling drugs.

The hot-headed Anjorin had also claimed Toyin leaked damaging reports about her to blogs. 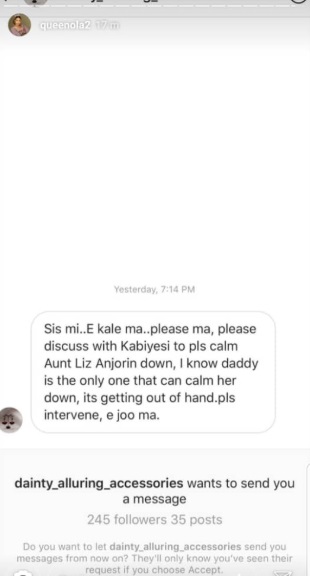 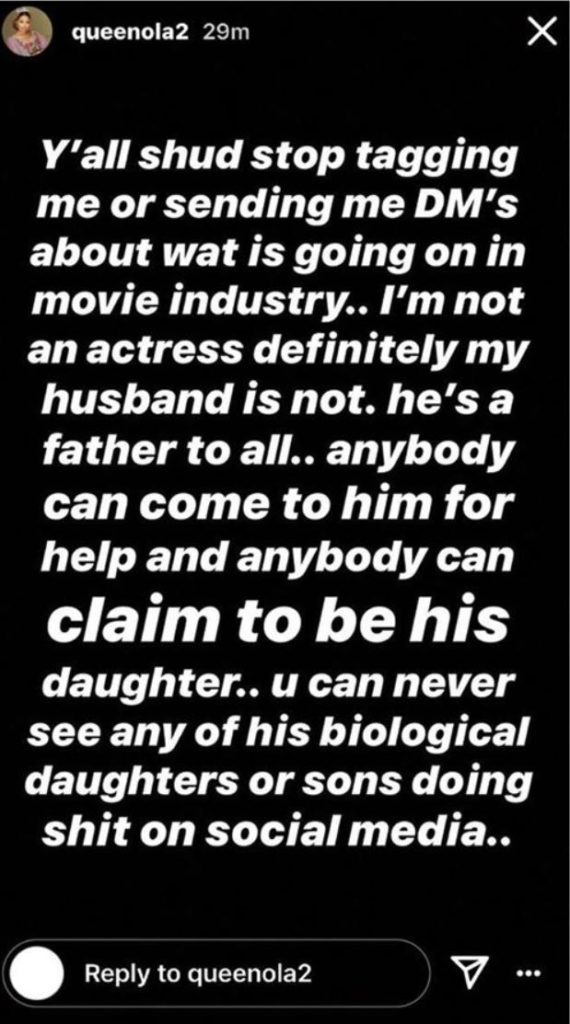