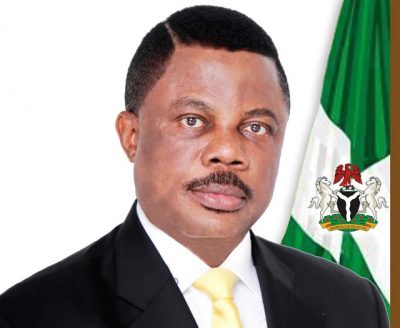 The Governor of Anambra, Willie Obiano, has warned some operatives of the Nigeria Police Force and other security outfits against smoking of Indian hemp.

Obiano said that the substance would only damage them instead of helping them as they erroneously believed.

He stated this during a lecture organised by the National Drug Law Enforcement Agency (NDLEA) to commemorate the 2019 International Day against Drug Abuse and Drug Trafficking in Awka.

Represented by the Executive Secretary, State Health Insurance Scheme, Dr Simeon Onyemaechi, the governor assured the NDLEA in the state of his administration’s support for the fight against illicit drugs.

While condemning the rate at which security personnel abuse drugs, especially Indian hemp, the governor traced the introduction of cannabis sativa into the country to the Second World War when Nigerian soldiers, who fought in some parts of Asia, brought in the substance.

He said what modern security required was intelligence and not Dutch courage acquired by taking illicit drugs.

“We cannot have a 21st Century security system, whose personnel rely on consumption of Indian hemp and other illicit drugs.

“A modern security system relies more on brainwork and not Dutch courage. I implore you in the name of God to stop taking Indian hemp and other illicit drugs. It is not the way to go.”

The governor enjoined school principals in the state, who had not established drug-free clubs in their schools, to do so within two weeks.

He gave an assurance that the state government would soon begin the construction of a N120m-drug rehabilitation centre in the state.

In his address, the NDLEA Commander in the state, Sule Momodu, hailed the governor for his commitment to the fight against drug abuse and trafficking in the state.

While making a request for undercover vehicles from the state government, Momodu stressed the importance of having a drug rehabilitation centre in the state.

He regretted that most youths in the state had taken smoking of cannabis sativa as a normal way of life.

“Anambra is the only state where drug education is taught in primary schools. We run a quiz contest on drug matters in secondary schools and winners are handsomely rewarded.

“Teachers in the state are trained in drug-related matters and Anambra State is the only state where sitting allowances are paid to members of security committees.”

Momodu enjoined communities and vigilance groups in the state to help the agency in the fight against drug abuse and trafficking in their domains, stressing that every other crime derived its origin from drug abuse.