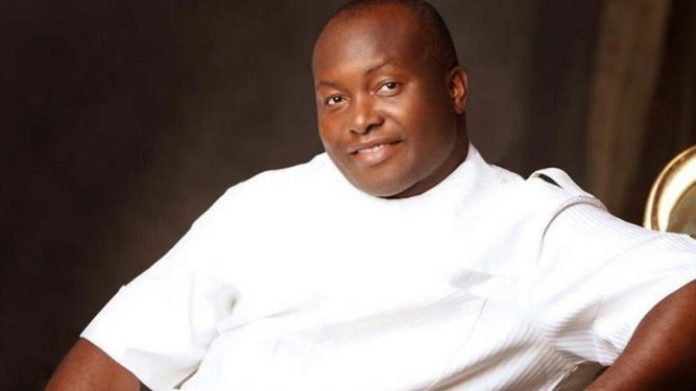 The rule on the application filed by Senator Ubah of the People’s Democratic Party, (PDP), has been fixed by the FCT high court on Thursday, January 17th, urging it to vacate a judgment entered against his election to occupy the Anambra South Senatorial Seat.

Justice Bello Kawu of the Federal High Court Sitting in Abuja has ordered the Independent National Electoral Commission (INEC) to issue the certificate of return to Barrister Dr. Obinna Uzoh, as the Senator-Elect for Anambra South Senatorial District.

Newsmen recall that, Justice Bello Kawu delivered the judgment in a pre-election matter brought before him by Mr Obinna Uzoh, also of the PDP.

He averred that the document enabled his opponent to contest the Anambra South Senatorial Election.

Newsmen also recall that Uzoh also instituted a suit challenging the Young Progressive Party (YPP) for not conducting an acceptable primary election for the senatorial election.

Uzoh, urged the court to declare him winner of the February general election following the disqualification of both candidacy of YPP and Ubah respectively.

The applicant averred that both YPP and Ubah participation in the election were not in non-compliance with the provisions of the Constitution and the Electoral Act, 2010.

MORE READING!  COVID-19: Bishop dies as church faces criticism over some of its practices

Kawu, in his judgment  ordered INEC to issue a Certificate of Return to the Uzoh, within 48 hours, as the duly elected Senator for Anambra South Senatorial District and being the authentic candidate of the PDP in that election

Newsmen report that, Ubah the candidate recognized by his party had scored the highest number of valid votes cast in the election.

The Judge had in the judgment also ordered the Senate President and the Clerk to the National Assembly to swear in Uzoh as the senator representing Anambra South senatorial district within 48 hours.

Meanwhile, dissatisfied by the judgment, Ubah filed an application seeking the vacation of same which he described as “nullity’’.

Ubah is contending that the judgment was entered against him in his absence.

He said the application was, therefore, predicated on the fact that he (Ubah) was allegedly not given fair hearing.

The applicant is praying that the  court  vacates its decision on the matter, adding that his nomination was obtained in a free and fair exercise supervised by INEC officials.