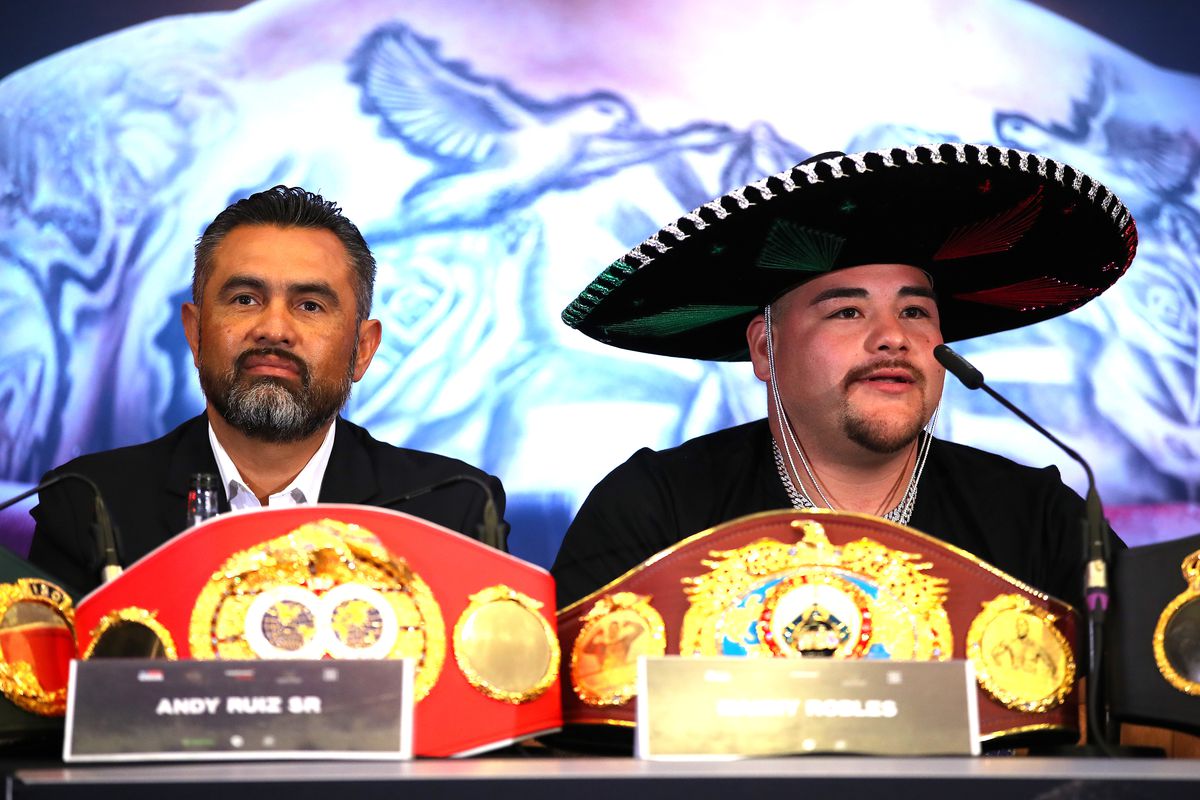 The Mexican was outclassed by the British heavyweight in Saudi Arabia in December as he lost via a unanimous decision, gifting his titles back to Joshua after a stunning upset last summer.

Ruiz stopped Joshua in Madison Square Garden last June to claim the IBF, IBO, WBA Super and WBO belts, but he admitted to overeating and partying in the aftermath of his historic win, and Robles said the split was inevitable.

Speaking to ESPN, Robles said his fighter had been out of control in the build up to the crucial rematch, with the man himself admitting he “wished he had taken it more seriously”.

But he added that the relationship was never going to work going forward because Ruiz ‘wasn’t listening’.

“I’ve seen it coming, I’ll be honest with you,’ he said. ‘Andy was just doing whatever the hell he wanted to do. The dad, obviously with him being the manager, he just had no control over his son. None of us had control of him, for that matter

“Fortunately for me, Andy took the blame on himself and didn’t sit there like a majority of fighters and blame the coach.”

Speaking after his one-sided loss to Joshua, Ruiz said his emotional victory over his rival last year had put him on cloud nine and took celebrations a little too far.

He will now be looking for a new coach for 2020 as he looks to put himself back on the heavyweight map, and Robles said the decision was taken by the fighter’s promoter Al Haymon to give him a fresh start.

“They apparently told them that they didn’t want the same thing to repeat itself again,” Robles added.

While Ruiz will be looking to start his year with a win, that hasn’t stopped Eddie Hearn from tempting the Mexican with a huge offer to fight Dillian Whyte.

The promoter admitted he was waiting to hear back from Ruiz’s team after making an improved offer, although it is thought that he is yet to return to training after his damaging loss and will need to get back into shape before such a huge bout