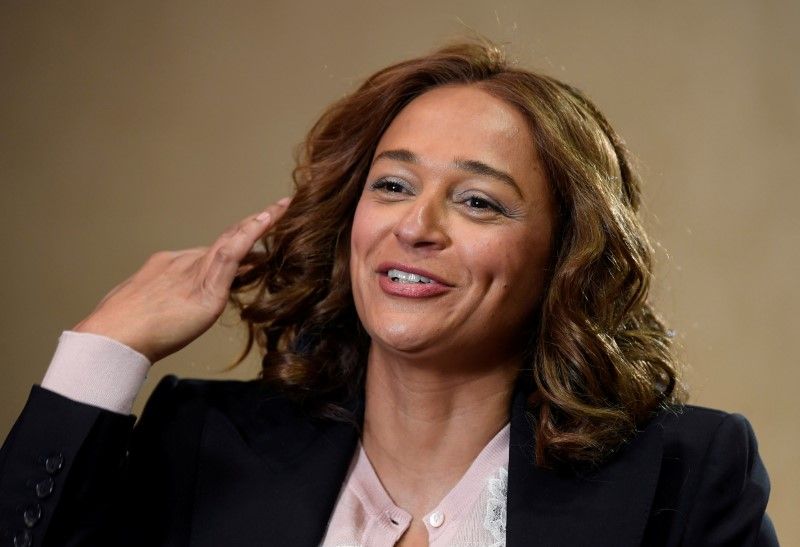 Isabel dos Santos, Angola’s richest woman and daughter of Angola’s former President Jose Eduardo dos Santos, on Thursday, expressed interest in running for the country’s presidency in spite of an asset freeze and accusations of diverting more than a billion dollars of state money.

It is the first time the daughter of former president dos Santos, who ran Angola for 38 years until Joao Lourenco took the helm in 2017, has mooted entering politics.

Asked in an interview with Portuguese TV channel RTP whether she would be interested in the role of president, which is next up in 2022, dos Santos said: “It’s possible”.

Lourenco has cracked down on the role of his predecessor’s children, firing dos Santos from her job chairing oil firm Sonangol and her brother from the sovereign wealth fund.

The 46-year-old businesswoman nicknamed “The Princess” at home, is estimated by Forbes magazine to be worth more than 2 billion dollars, while two thirds of her compatriots live on less than 2 dollars a day, according to the World Bank.

She has consistently identified herself as an entrepreneur, not a politician.

Dos Santos, her husband Sindika Dokolo and associate Mario Leite da Silva were subject to an asset freeze on Dec. 31, 2019 after accusations of steering more than 1 billion dollar from Sonangol.

She denies the allegations as a “witch hunt” forming part of an attempt to erase her father’s legacy and distract her from failures under the new government.

In an interview, she framed the accusations not just as an attack on her family but as a campaign against future candidates for office.

“We cannot use corruption, or the supposed fight against corruption, in a selective way to neutralize who we think could be future political candidates.

“It’s about the fight for power,” she said.

Internal leadership elections for the ruling MPLA party, from which Lourenco and the dos Santos family hail, are set for 2021.

Dos Santos told newsmen in an interview last week that economic doldrums meant a candidate from the rival UNITA party stood a real chance of winning the national poll in 2022.

Supporters see her as an inspiring entrepreneur, while detractors say she embodies African corruption, with her fortune and Instagram-published jet-setting offensive to the poor.