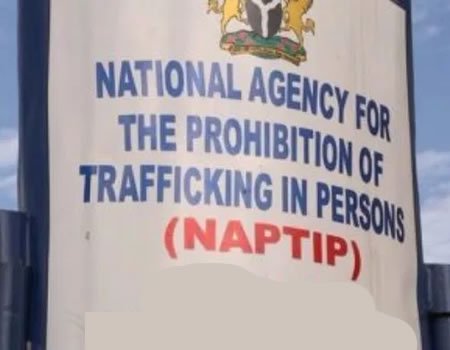 The National Agency for Prohibition of Trafficking in Persons [NAPTIP] has rescued another Nigerian lady, Mrs Kikelomo Olayide, from Lebanon.

The 34-year-old was allegedly deceived to Lebanon for employment.

The Lagos State Commander of NAPTIP, Mr Daniel Atokolo, said this at a news conference organised by the agency in Lagos on Tuesday.

This is coming weeks after Omolola Ajayi, a Kwara-based 23-year-old single mother who was trafficked to Lebanon on the pretext of becoming an English teacher, was rescued by the government.

Olayide returned to Nigeria at 4:pm, on February 2 and she is presently in the agency’s care.

The commander said the victim was allegedly trafficked by a 54–year-old Lebanese (name withheld) in October 2019.

“NAPTIP responded to Olayide’s husband complaints on January 30, when she was apprehended by the Lebanese, who is resident in Lagos.

“NAPTIP immediately mandated the suspect to release Olayide in Lebanon to be moved back to Nigeria.

“Olayide is a mother of two and an indigene of Kwara,” Atokolo said.

Atokolo presenting the fact of the case said that the suspect trafficked the victim under the pretence of employing her as a caregiver to his aged mother in Lebanon.

“However, on the victim’s arrival at Lebanon, she was received by an agent, who also handed her over to a family, where she was exploited as a domestic servant.

“The victim also reported that she was sexually harassed while working for the said family,” the NAPTIP Lagos Commander said.

According to Atokolo, when Olayide’s husband approached the suspect to return his wife, he was threatened.

“The suspect demanded that the victim would only be returned if the victim’s family provides another person to replace her. This is so sad,” the state commander said.

Atokolo said the agency is currently investigating the suspect’s activities to ascertain his possible involvement in trafficking Nigerians to his home country for exploitation.

“The recently celebrated return of Omolola Ajayi is also not far from our thoughts; NAPTIP, therefore urged Nigerian youths not to assess job offers made by these foreign benefactors.

“NAPTIP implores Nigerian youths to do a personal assessment of their qualifications to employments offered by foreign benefactors,” Atokolo said.

I stabbed my husband to death over phone charger – Housewife
I thought they were fireworks, Winners Chapel attempted bomber says