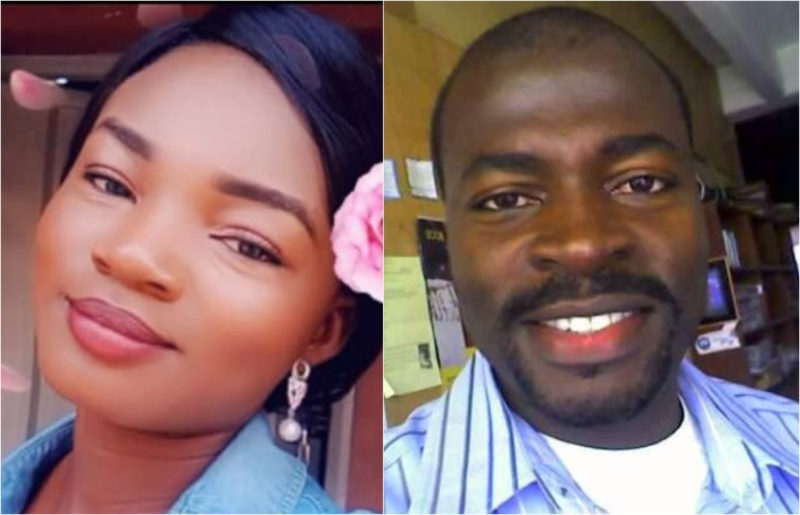 Another sex scandal has rocked one of Nigeria’s foremost institutions, Obafemi Awolowo University [OAU], after a female student accused a lecturer at the Department of International Relations in the Faculty of Administration of demanding sex for grades.

The accuser, Motunrayo Afolayan, a 400 level student of the department is accusing Olabisi Olaleye of seeking sexual gratification.

WuzupNigeria gathered that the OAU management has since placed Olaleye on half-salary pending the determination of an investigation into the crime.

The Public Relations Officer of OAU, Abiodun Olarewaju, on Wednesday, explained that when the incident was reported last year, the management immediately set up a panel to investigate it.

He, however, said even while the report of the panel was still being expected, the management had placed the lecturer on half salary.

“The panel has not concluded its findings but the lecturer has been placed on half salary pending the submission of report of the panel.

“That was why when she (the student) lodged a complaint with the authorities, irrespective of the fact that her result had been released, the university still set up the panel to investigate the matter,” Olarewaju said.

On why the lecturer was placed on half salary when the panel had not concluded its investigations, Olarewaju said he could not provide any reason for that.

“The university took the decision because, from our preliminary investigation, a prima facie case was established against the lecturer and in that circumstance, the best thing to do is to place him on half salary,” The Punch reported quoting a top source of the institution.

“But if at the end of the case, the panel gives him a clean bill of health, his salaries will be released and if otherwise, the rule will be applied and the rule is dismissal because lecturers are supposed to be good role model and loco parentis to our students. Or is it right for a father to sleep with her daughter?”

On how a prima facie case was established against him, the source said the evidence provided by the female student “was convincing.”

Though the source did not give details, another source said Afolayan presented a voice recording of where the lecturer was telling her that she would not pass his course until he slept with her, among other amorous comments.

Asked to confirm this, Olarewaju declined, saying details might be made public after the panel submitted its report.

“But I can assure you that the OAU, will through this case, be sending a clear signal to the public that our students are our children and we have the moral burden to treat this issue as objectively as possible. Justice will be done,” he said.

Afolayan’s accusation comes after a professor of Accounting, Richard Akindele, was accused and convicted for sexually harassing a female student, Monica Osagie, in 2018.

Akindele, who demanded sex from Miss Osagie to help improve her grades, has since been dismissed from the university.

Besides, the Independent Corrupt Practices and other related offences Commission [ICPC] took him to court where the randy lecturer was convicted and sentenced to two years’ imprisonment.