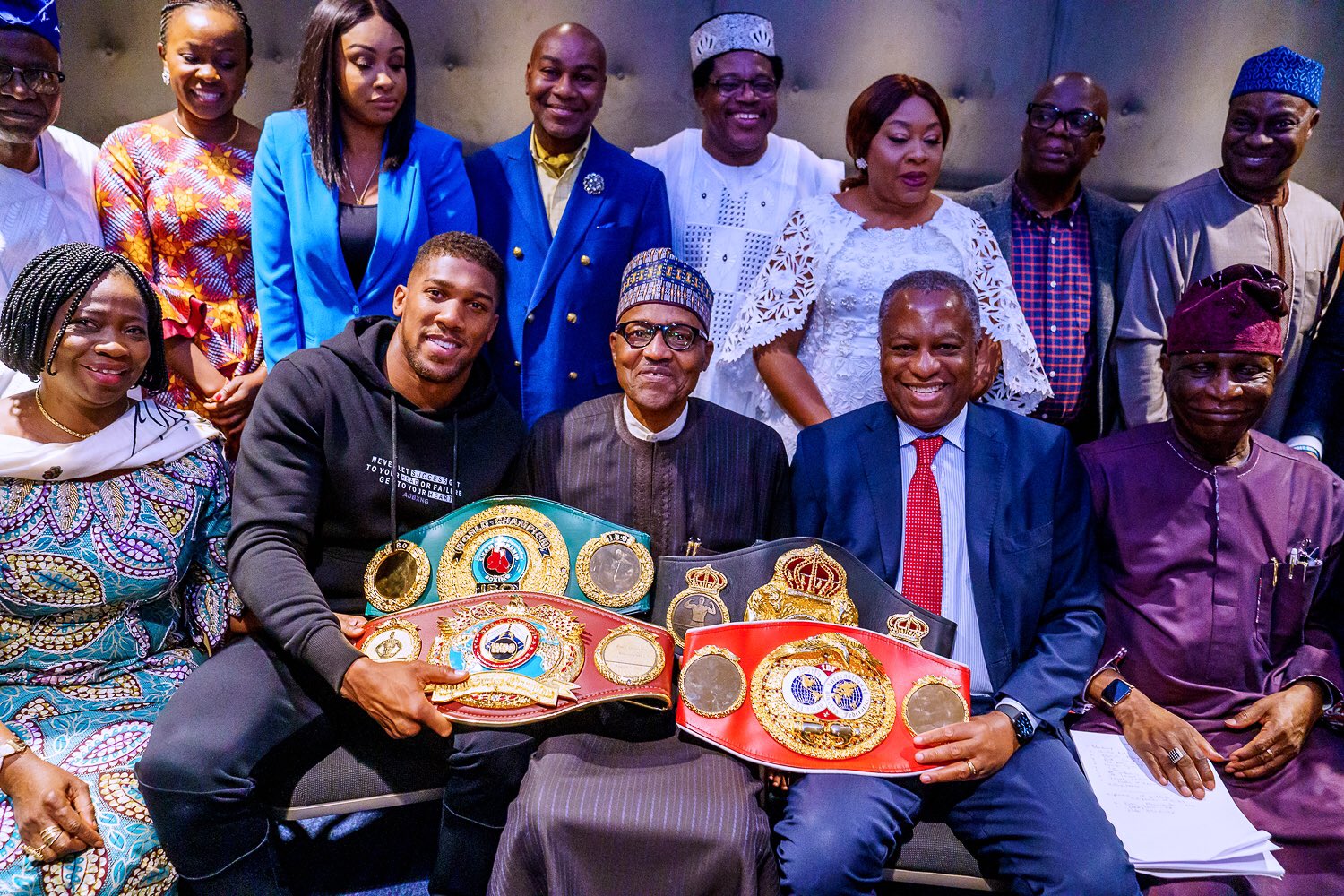 World heavyweight boxing champion, Anthony Joshua, met with the President, Major General Muhammadu Buhari (retd.), on Saturday, in the United Kingdom, where he presented his heavyweight belts to the president.

Joshua’s action attracted accolades from the president’s aides and his family members, who attended the meeting.

The British boxer was born to a Nigerian-Irish father, Robert Joshua, and a Nigerian mother, Yeta Odusanya.

Joshua’s father (Robert) is the grandson of one of Sagamu’s greatest men and late patriarch Omo-Oba Daniel Adebambo Joshua, who was born in 1882.

Ruiz had won the match in Madison Square, New York, while Joshua reclaimed the tiles in Diriyah, Saudi Arabia in December 2019.

The judges unanimously adjudged Joshua winner with 118-110, 118-110 and 119-109 over Ruiz Jr and made history by winning the first world heavyweight title bout in the Middle East.

He is the fourth deposed world heavyweight champion to win an immediate rematch in 127-year history of the category — 11th fighter to have attempted it. 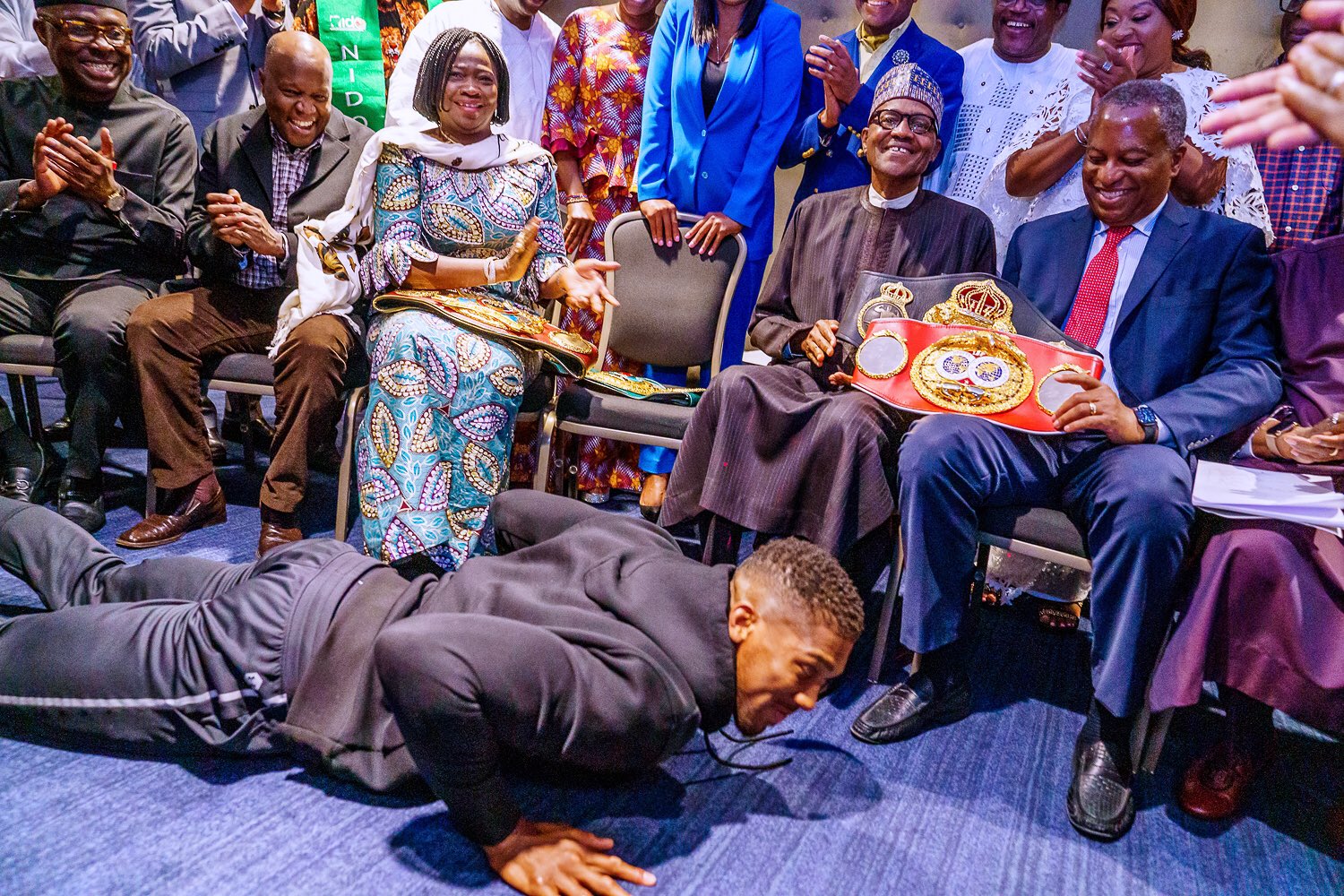 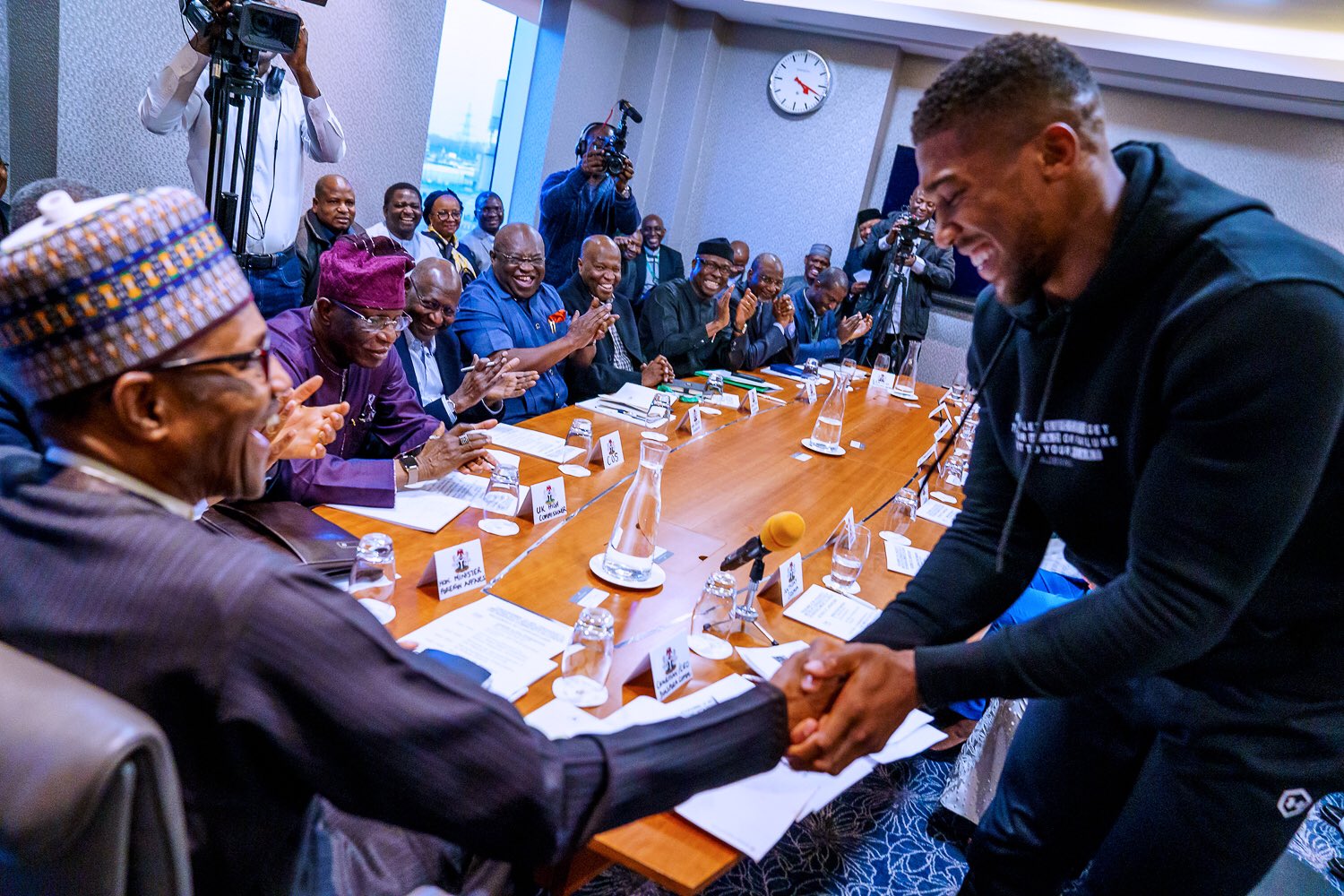 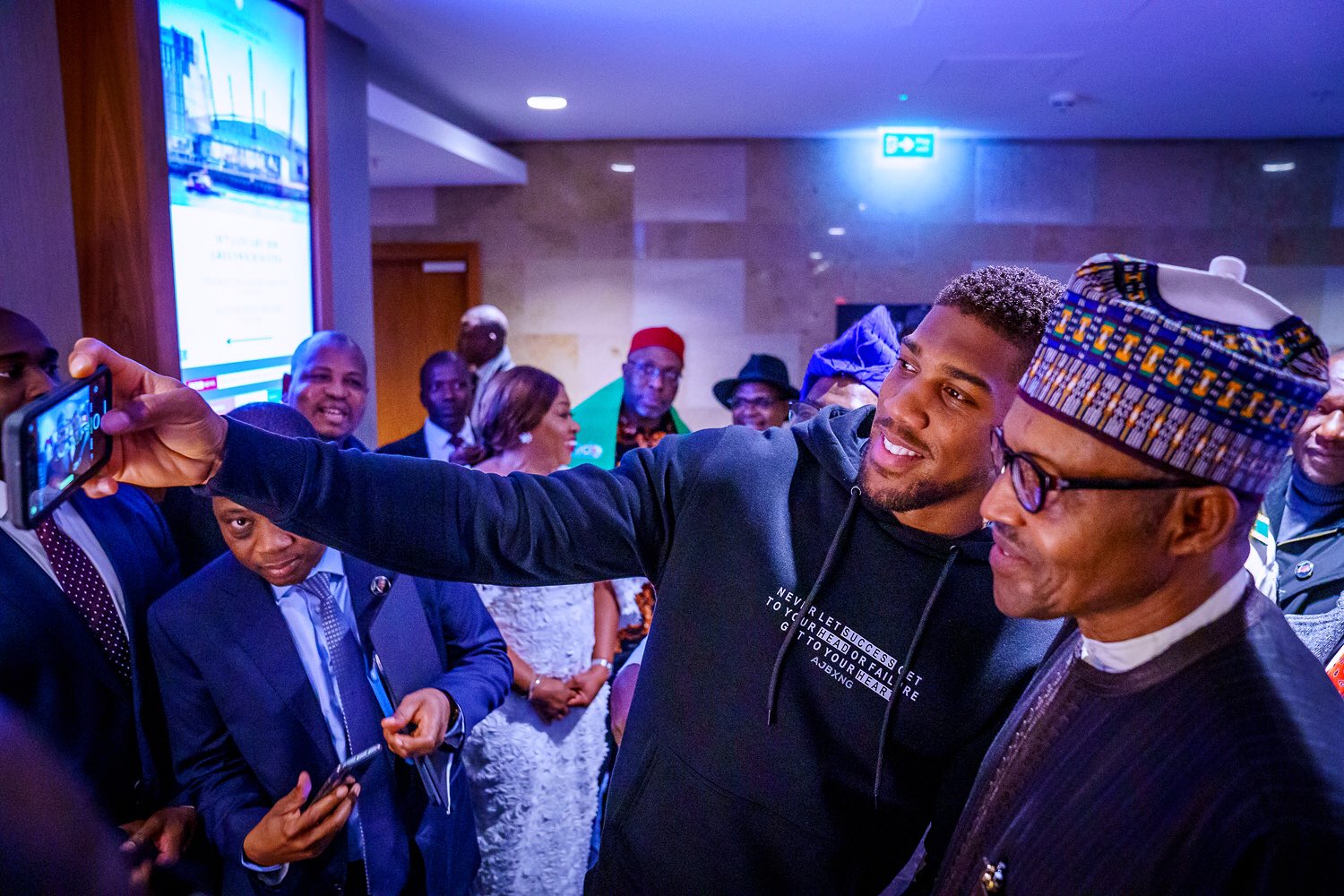