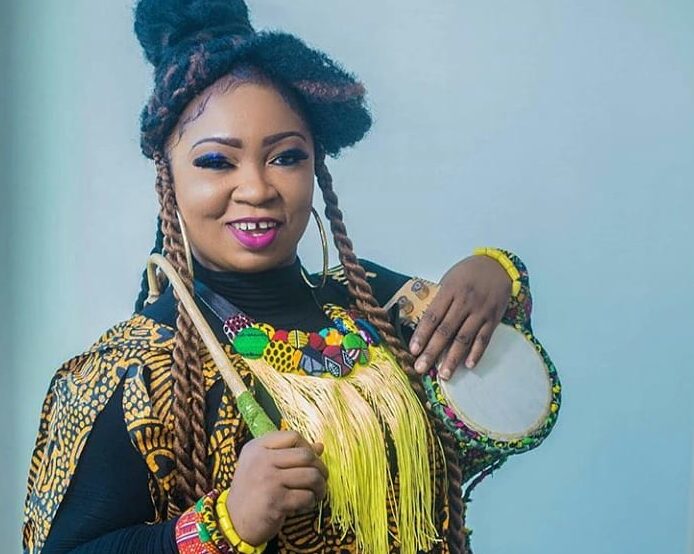 Female talking drummer Aralola Olamuyiwa, popularly known by her stage name: Ara, has revealed she will hold a World Female Drummer festival in 2020.

Ara shared the logo of the new project on social media handle, adding that more detailed information will be released later.

She however, gave an insight of the festival, which she said is expected to be one of the biggest events in 2020.

“Female drummers from all over the world, traditional and contemporary in one location! I am super excited to announce one of my projects for 2020. More info coming soon.”

Ara is recognised as the first female talking drummer in Nigeria. She has been performing for over 20 years and is also known for her signature braids.

Ara has worked with names such as the legendary and Grammy award winner Stevie Wonder and Kim Burell.

She has also performed for the likes of the Queen of England, ex-President of United States of America, Bill Clinton and ex-President Olusegun Obasanjo, Black Mayors Caucus in America, Evander Holyfield, Wesley Snipes and Broadway executive amongst other notables.