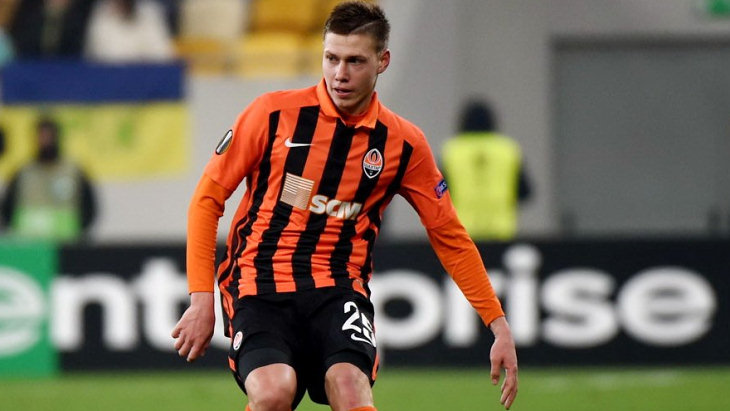 Arsenal’s hunt for defensive reinforcements has reached Ukraine with the agent of Shakhtar Donetsk’s defender Mykola Matviyenko claiming the gunners have made contact about a possible January deal.

The Gunners are targeting central defensive reinforcements either in January or at the end of the season with Mikel Arteta eager to address what has long been the Achilles heel in this Arsenal squad.

Dayot Upamecano of RB Leipzig tops the club’s wish list and could be available for a reduced fee when his contract enters its final 12 months this summer.

However, Matviyenko appears to have emerged as an alternative option after impressing for Shakhtar in the Champions League, his form reportedly catching the eye of Manchester City.

“My colleagues and I have been constantly in contact with representatives of the Arsenal, and have meetings,” his agent Yuriy Danchenko told Ukrainian media.

“The Gunners’ hierarchy have already contacted [Shakhtar], and we hope that these negotiations will succeed.”

The 23-year-old, who has won 20 caps for Ukraine, has also liked several Instagram images about a potential move to Arsenal and appeared to offer an endorsement to his agent’s comments by liking a post that included them.

READ ALSO: It is vague, neither here nor there, Twitter users knock Tinubu’s statement on Amotekun

The Gunners were linked with Bayern Munich centre-back Jerome Boateng but doubts over his injury record and struggles for form in recent years have held them back from moving for the 31-year-old.

Instead, Arsenal have focused on a move for Paris Saint-Germain left-back Layvin Kurzawa. The France international is out of contract in the summer and so far the Gunners’ talks have been with the player’s representatives rather than the club, who could demand a transfer fee to complete the deal this month.