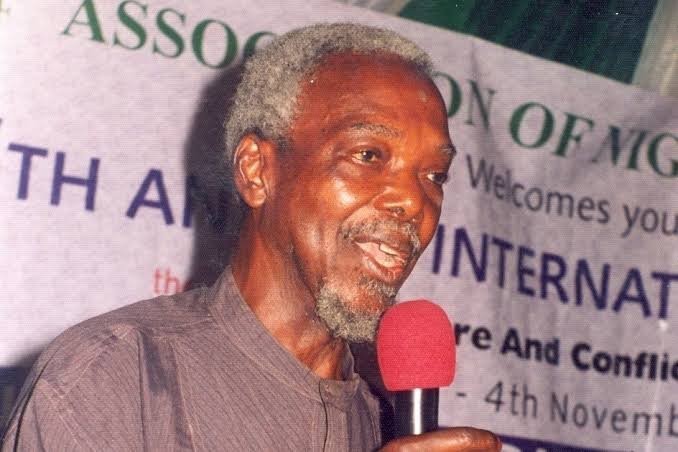 The author of many novels including Toads for Super, Bottled Leopard and The Naked gods among others, was the traditional ruler of Ndikelionwu, in Orumba North local government area of Anambra State.

The respected writer died on Friday night at the Teaching Hospital Nnewi. He was said to have suffered some health challenges since December.

Ike, was a Nigerian writer known for a mixture of lampoon, humour and satire.

He owed a little bit of his style to his Igbo cultural upbringing.

The monarch studied history, English and Religious Studies at the University of Ibadan and earned a master’s degree at Stanford University.

Among many of the younger generation, he was popular as the author of Expo ’77, a critical look at academic examination abuses in West Africa.

Ike was a former registrar of the West African Examinations Council (WAEC).

Chukwuemeka Ike started early education in his native town. He left his town for further education at Ife-Mbaise and then from 1945 to 1950, he attended Government College Umuahia.

He started writing at Umuahia for the school magazine, The Umuahian, and he was also influenced by teachers, that included Saburi Biobaku, who had honours in English from Cambridge.