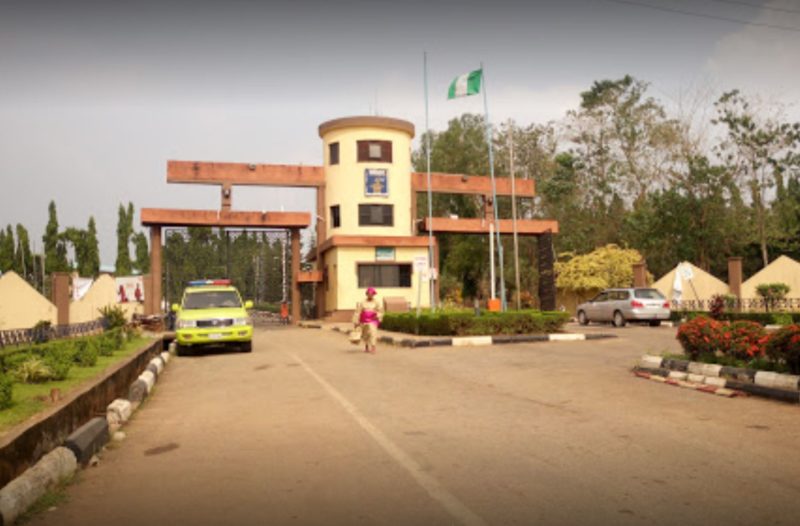 The management of Babcock University has reacted to a leaked video of its ‘students’ having sex in a room believed to be in the university’s clinic.

In a viral video which emerged on Twitter late on Tuesday night, the two students filmed themselves as they make out in a room.

The video has set social media abuzz since Tuesday night and made Babcock a subject of internet trolling.

WuzupNigeria reports that an anonymous student of the university took to social media on Wednesday to clear the air, saying the students had been expelled long before the video found its way to social media.

In a statement issued on Wednesday evening, the university’s Director of Communication and Marketing, Joshua Suleiman, said the persons involved in the sex tape are no longer students of the institution.

MORE READING!  Police launch manhunt for robbers who allegedly vandalized ATMs of a bank in Ilorin

According to him, “the boy was expelled from the school in February this year”, while his girlfriend was asked to leave the school shortly after the video broke out some months ago.

“The video above referred is, unfortunately, a sad commentary on the moral decadence that has assailed our society at large, a manner of behaviour that is alien and antithetical to the value of our university. It is not worth a tinge of fascination, but a ground of great concern for all,” the statement read.

“The boy in the video was expelled from Babcock University in February this year after investigation and the due process proved that he was into certain grievous misconducts, the acts for which the university has zero-tolerance.

“His girlfriend in the same video, until the video broke out, a third-year student of accounting of this university. After due process, she was expelled from the university for violation of university rules and regulations.

“The place where the immoral act took place, according to her written statement, was at Saint Bridget Hospital, Abeokuta, Ogun State, where the boy has been undergoing rehabilitation for different destructive addictions. According to the girl, the incident took place in April this year during school vacation when she visited the boy at the hospital. The act did not take place at Babcock University.

“Babcock University remains committed to the highest moral standards and would remain a standard-bearer for quality education in standard character, learning and in service to humanity. We are happy to be saddled with this challenge as an institution because it propels us to contribute to the greatness of this nation and the security of a bright future for our children.”