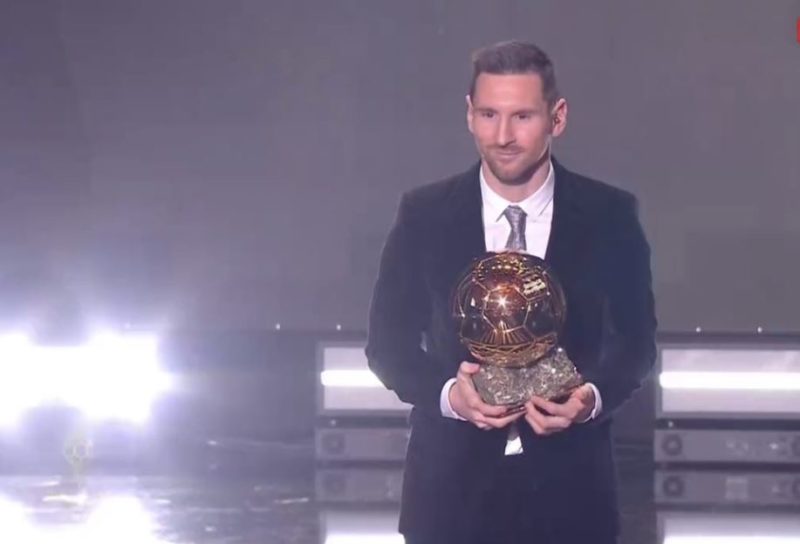 Lionel Messi has won a record sixth Ballon d’Or crown at a ceremony in Paris. The Barcelona star moved ahead of great rival Cristiano Ronaldo to take outright ownership of the record, seeing off Liverpool’s Virgil Van Dijk and Juventus’ Ronaldo.

The Argentinian struck 54 goals for club and country in the 2018-19 season.

The 32-year-old held off the challenge of Holland centre-back Van Dijk, whose talismanic performances helped Liverpool to the Champions League title.

Messi added another Ballon d’Or to the Best FIFA Men’s award in 2019, while Liverpool’s Van Dijk had claimed UEFA’s Men’s Player of the Year.

Van Dijk could have been the first defender to lift the Ballon d’Or since Italy’s Fabio Cannavaro in 2006 but Messi scuppered the Liverpool man’s chances.

Messi won Spain’s Liga title with Barca this year and led Argentina to third place at the Copa America in July.

“I would like to thank all the journalists to have voted for me, who wanted me to win this prize,” Messi said.

“Thank you so much to my colleagues from the club, and all my colleagues who have contributed a lot for this prize. It’s really amazing.”