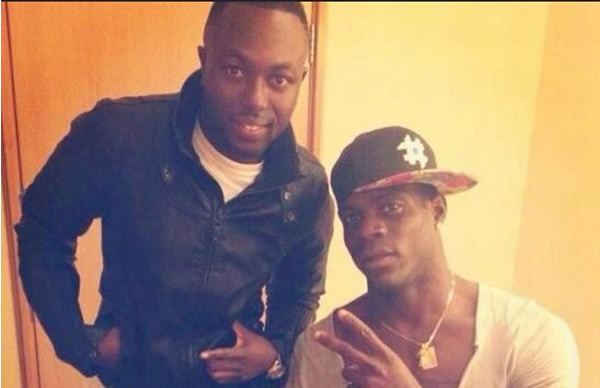 A twenty-nine-year-old Nigerian, Mayowa Ogunbayo, has been found stabbed to death at a London flat he shared with his fiancée.

Ogunbayo, who is a friend to Italian striker, Mario Balotelli, was discovered by paramedics inside a west London luxury home on Friday, October 20, 2017.

Ogunbayo, also known as Johnny John, grew up in Nigeria and is said to have lived a lavish lifestyle after setting up his own entertainment company.

According to UK’s Mirror, he was pronounced dead at the scene shortly after a post-mortem examination revealed that he died from a wound to his heart.

Detectives have launched a murder investigation, but police say they are treating the 29-year-old’s death as “unexplained” at this time.

In a statement, the police said it arrested a 21-year-woman, who was at the scene when officers arrived, on suspicion of murder. She was later freed pending further enquiries.

The statement read, “Officers attended along with the LAS and a 29-year-old man was found suffering from stab injuries.

“He was pronounced dead at the scene at 02:57 hours. Next of kin have been informed and formal identification has taken place.

“At this time the death is being treated as unexplained. A post-mortem examination took place at Northwick Park Hospital mortuary on Friday, 20 October which gave the cause of death as a single stab wound to the heart.

On his Facebook page, the University of Kent alumni was seen hanging out with football stars like Balotelli and Obafemi Martins and Nigeria’s hip-hop star, Davido.

Friends have paid tribute to Ogunbayo, describing him as a “respectful gentleman” who “never looked down on people, even when he got rich”.