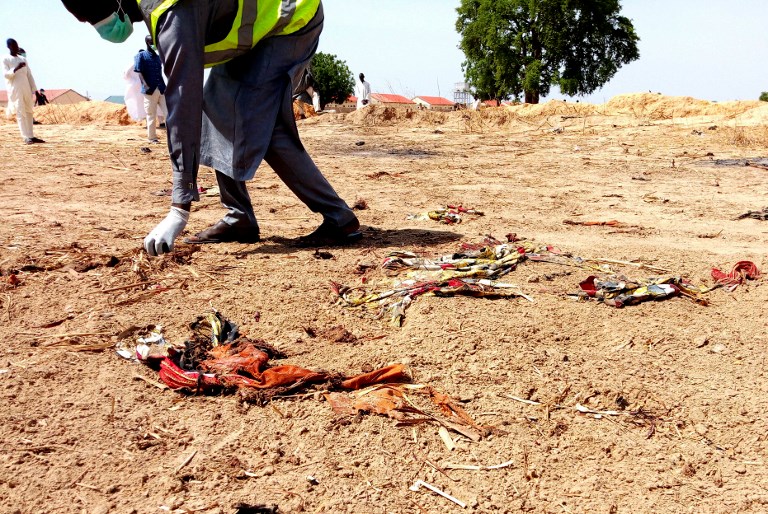 A total of 10 people were officially confirmed dead, while another five were injured in a fresh attack by bandits on Kirtawa village in Safana Local Government Area of Katsina State on Saturday evening.

The bandits also reportedly set ablaze five motor vehicles and four motorcycles during the attack, while they rustled an unspecified number of cows.

He also revealed that one soldier and one personnel of the Nigerian Civil Defence Corps were injured during efforts by security operatives to repel the bandits.

SP Isah said the bandits were over 300 in number and were on reprisal attack on the community.

He added that the attack took place about 5.20 p.m.

The Police spokesman explained circumstances surrounding the attack, noting, “On 13/07/2019 at about 17:20hrs, a group of bandits numbering 300 on motorcycles armed with dangerous weapons invaded and attacked Kirtawa village, Safana Local Government Area of Katsina State.

“DPO of Safana initially led teams of Operations Puff Adder and Sharan-Daji to the scene and engaged the hoodlums in a gun duel.

“In the process, the hoodlums shot the tires of the Police Armoured Personnel Vehicle and injured one Army and one Civil Defence personnel.

“At the time the combined ground forces were mobilised into the village, the hoodlums had already operated and escaped into the forest.

“Unspecified number of cows were also rustled by the hoodlums.

“It is ostensibly clear that it was a reprisal attack carried out by the hoodlums against the community.

“Joint security forces have been deployed to the area to arrest the situation, pursue and arrest the fleeing hoodlums.

“The Command commiserates with families of the deceased and the entire people of Katsina State over the unfortunate incident.”

The Command also assures the people that government and security forces are mapping out formidable strategies towards containing and bringing to an end the menace of banditry in the state. 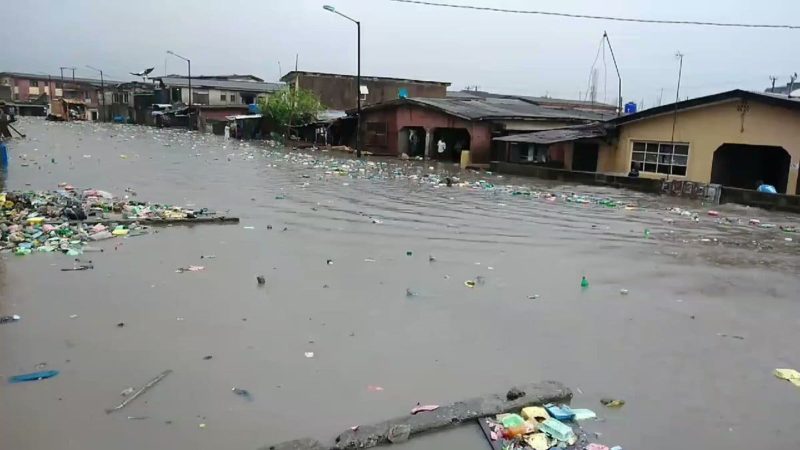 Residents of four local government areas in Lagos State, especially those living on flood plains, were on Thursday told to vacate their homes immediately.

Those in 15 other councils also got the warning.

Environment and Water Resources Commissioner Tunji Bello listed the councils to be worse-hit as Lagos Mainland, Mushin, Ibeju-Lekki and Ikorodu.

Bello explained that the local governments have been identified as “highly probable flood risk in 2020”.

In a statement, Mr Bello said the four listed councils will witness high intensity rainfall between now and September.

He urged residents with structures in low land areas to relocate without delay to avoid any untoward incident that may come with flooding and loss of lives and properties.

Quoting from the Annual Flood Outlook released by the Hydrological Services Agency on May 28, Bello identified 15 other local government areas as those at flood risk this year.

Bello assured that the ministry would intensify ongoing efforts at clearing silted drains as exemplified by the efforts of the Emergency Flood Abatement Gang (EFAG) all over the black spots in the state.

The commissioner described as unimaginable, the heaps of pet plastic bottles, styro foams and solid waste being excavated daily from drainage channels in Mushin, Idi Oro, Idi Araba, LUTH and Mile 2, among other areas within the Lagos metropolis.

Relying on investigation, Bello said some traders dump waste from their daily sales and articles in the markets into the drains, thus inhibiting free flow of water into its channels.

He urged residents to desist from clogging drainage channels with refuse, especially those already cleaned up, adding that the unpatriotic act of some residents is putting the lives of those working on the drains in danger.

Bello warned that anyone caught in the act will face the full wrath of the law.

He assured that the government was working tirelessly to restore drainage alignment in areas where sand-filling activities were carried out to enhance water transportation. 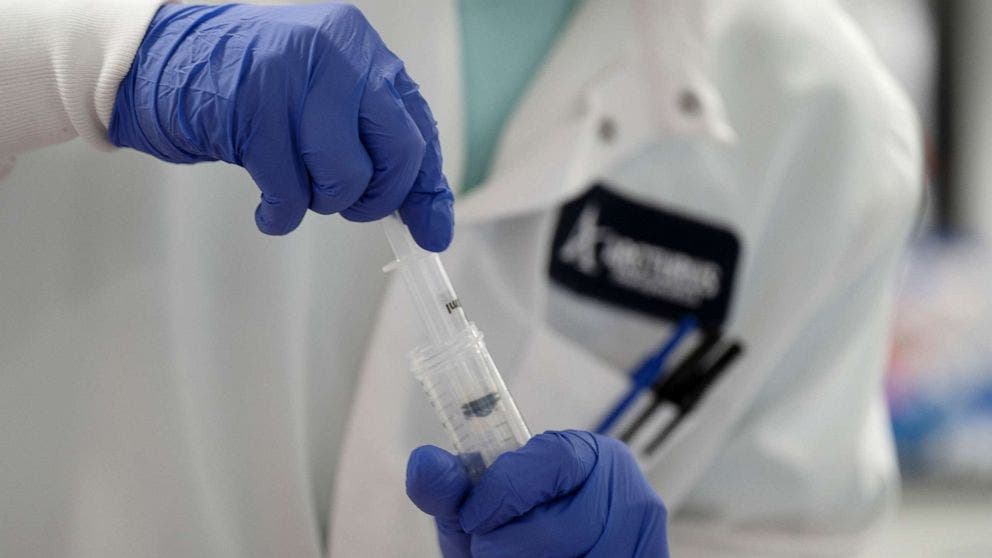 The Federal Government on Thursday announced the indigenous development and validation of RNA-Swift, a test kit for the identification of SARS-CoV-2, the causative agent for COVID-19.

It said the move was to accelerate the capacity to test people and help effectively manage the coronavirus pandemic.

The Minister of Science and Technology, Ogbonnaya Onu, announced this during a press conference in Abuja.

“The RNA-Swift has amazing precision for the detection of SARS-COV-2 and will be commercially available at a price that places it ahead of competitors in terms of sensitivity and affordability.”

The minister told reporters that in the coming months, five million farmers would be tested with the RNA-Swift kits from the first 10 million kits to be produced.

“I want to confirm to you that the RNA-Swift product team is in consultation with the African Development Bank for the funding of an African-wide testing programme for COVID-19 and the establishment for RNA-Swift production in Nigeria,” he stated. 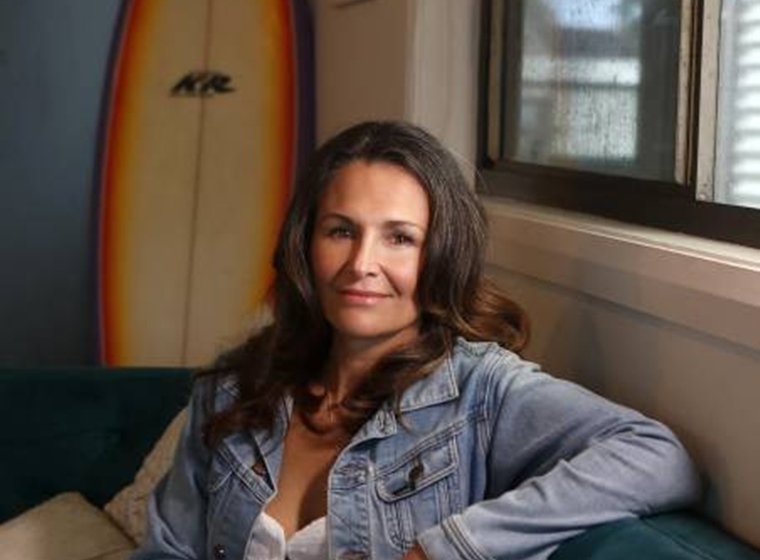 A former Australian surfing star who was kidnapped and raped every night for two months in India has shared her painful ordeal.

Carmen Greentree, 37, from Sydney shared the harrowing details about her horrific experiences in her new book ‘A Dangerous Pursuit of Happiness.’

In the book, she tells how her dream trip to India in 2004 turned into a nightmare when was abducted after seeking help from a local to find her way to Dharamshala. She was forced onto a houseboat where she was raped multiple times and beaten whenever she asked to be freed.

“I didn’t think I was ever getting off that boat, I thought I would die there one way or another,” she told Daily Mail Australia.

Carmen, who dreamt of being a surfing world champion and also represent her country across the globe for competitions, took a break from the sport after failing to qualify for the world tour at 22. It was at that time she took a sabbatical to India where she went through hell.

“I got really devastated and lost,” she told 9 News. “For seven years of my life, I was 100 per cent, morning to night, solely focused on being world champion.

“Nothing else mattered more than that. It was an escape from life.”

The married mum-of-three said she wrote about the ordeal in her book to help combat her demons.

She also revealed that a Brit backpacker has since told her he was kidnapped and extorted on the same boat.

Carmen told the Mail: “I had travelled so much that I was used to winging it.”

Her ordeal started when she was approached by a stranger who offered to take her to someone who could arrange her journey to Dharamshala. Unknown to her, she was tricked into flying to Kashmir where she was met by a man who said it would be safer to stay with him.

She said the man told her it would be best to spend the night on his houseboat on Dal Lake before jumping on a bus to Dharamshala, where she was booked into a course at the Dalai Lama’s ashram.

After days fighting him off for her release, she soon realised that she had been trapped on the squalid boat.

“It was constant pressure from the moment I got there. He was never going to let me go,” she revealed.

“The worst feeling was when I gave in and let him take what he wanted,” she said.

“That was the first time he raped me. I was too tired, I couldn’t fight anymore, and I knew he wasn’t going to stop.”

“I lost track of how many times he raped me.”

Carmen also explained that captor told her the boat – the YH Sunbeam – was in the middle of a militarized zone so she would be shot if she tried to escape.

“I wish I had tried to swim to shore but I was terrified that he caught me he would do even more terrible things to me,” she said.

Also on the boat were the man’s parents, two brothers, his wife, and their baby. Carmen said she was also made to wear traditional muslim clothing and ate daily meals with the family.

“They bought me a rug and heavily encouraged me to pray five times a day and gave me a Koran with English translations to learn,” she revealed.

According to her, she was rescued when one of her friends had a dream that she was in trouble and contacted the Australian High Commission.

At that period, she said her captor also forced her to make a phone call from the boat asking her parents to send money and gave their location away.

Police boats quickly arrived and armed officers stormed the houseboat to rescue her, while they arrested her captor and one of his brothers.

The men were never brought to court as Carmen was too traumatised to testify against them.

“I was supposed to go back to India and give evidence in court but I couldn’t go through with it, I wish I had,” she said.

It’s believed the suspects who were charged with rape, spent six months in jail before they were released when the case collapsed.