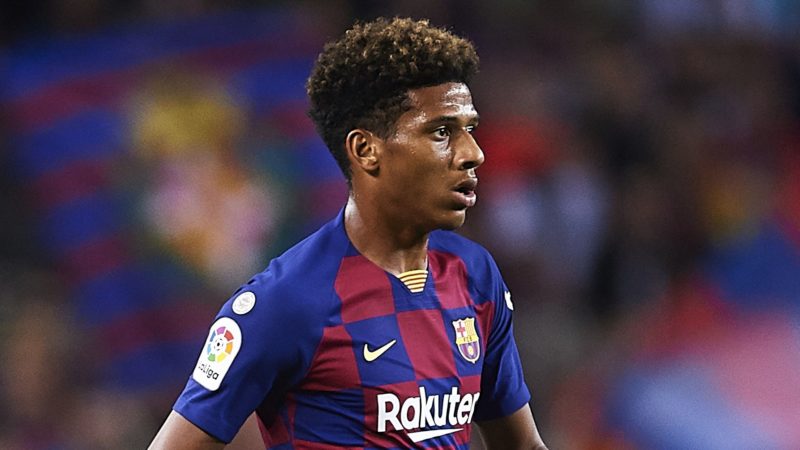 Barcelona announced on Wednesday they have agreed a deal to loan defender Jean-Clair Todibo to Schalke for the rest of the 2019-20 season for a fee of €1.5 million.

The 20-year-old arrived at the Camp Nou in January 2019 on a free transfer from Toulouse but has only managed five first-team appearances for the club.

Schalke have confirmed Todibo will take the No. 21 shirt at the Bundesliga club, while manager David Wagner explained why they had moved to bring in the youngster, per the club’s official website:

“We said during the training camp in Spain that we would only be active in the market if something opened up that would help us. That’s definitely the case for Jean-Clair Todibo, who is one of the best young central defenders in Europe. Since Benjamin Stambouli’s recovery is taking a little longer than we had all hoped, it makes sense to bring in another central defender. He can also play in defensive midfield. We will all do our best to support him in the development of his clear potential. We’re looking forward to having him.”

The Frenchman has managed three appearances for Barca in 2019-20 but attracted plaudits for his performance against Inter Milan in the UEFA Champions League.

He played all 90 minutes of Barca’s 2-1 win at the San Siro and was praised for his handling of Nerazzurri striker Lautaro Martinez.

However, the 20-year-old is behind Gerard Pique, Clement Lenglet and Samuel Umtiti in the pecking order at the Camp Nou and will be hoping he can secure more game time at Schalke.

Todibo offered his thoughts after sealing a switch to the Bundesliga side, who are currently in fifth place in the table.

“The club’s management convinced me of their project, seeking success with young players,” he said. “That’s why I chose to join Schalke 04.”

The Uruguayan made his Barcelona debut in October’s 4-0 win over Sevilla. He replaced Todibo after 73 minutes but was then sent off in the closing stages for bringing down Javier Hernandez.