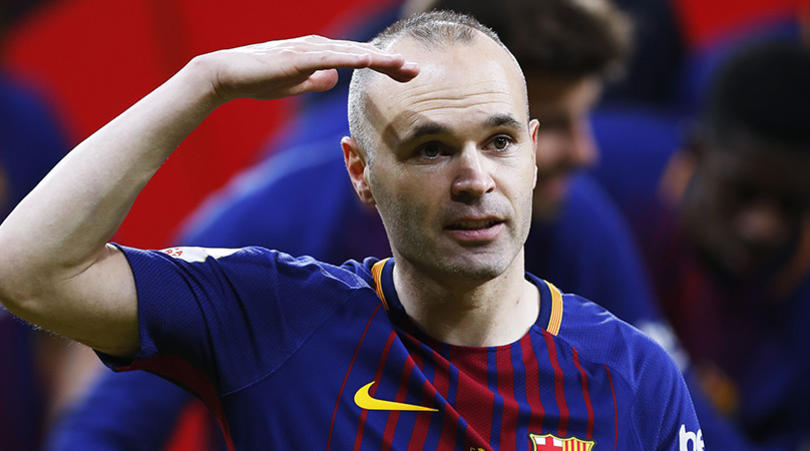 Barcelona made an attempt to re-sign mercurial midfielder, Andres Iniesta, from Vissel Kobe in the January transfer window, reports have claimed.

The midfielder joined Barcelona at the age of 12 and spent 22 years at the club before leaving in May 2018.

During his time at Camp Nou he won 35 trophies, including nine La Liga titles and four Champions League medals.

Iniesta is about to begin his third season with Vissel Kobe and has already helped the club win the Emperor’s Cup and the Japanese Super Cup.

But according to Sport, Barcelona tried to bring Iniesta back from Japan by offering to sign him on loan for the remainder of the season.

The report claims that part of Barcelona’s thinking behind their push to re-sign Iniesta was due to their desire to restore the club’s values in the team.

However, Vissel Kobe rejected Barcelona’s approach as he remains a key part of their squad.

In an interview with Barca TV last month, the club’s new coach Quique Setien suggested he would welcome the 35-year-old back at Camp Nou. When asked which club legend he would like to re-sign, Setien replied: ‘Iniesta, although he hasn’t retired.. maybe we could still bring him back!’

MORE READING!  I have marks all over my body, Footballer who escaped kidnappers narrates his ordeal
Continue Reading
You may also like...
Related Topics:Barcelona, Iniesta, Japan, Vissel Kobe

I’m ready and waiting, Pochettino hints at his desire to return to coaching in the EPL
Wrestling: Nigeria continues spectacular show at continental stage