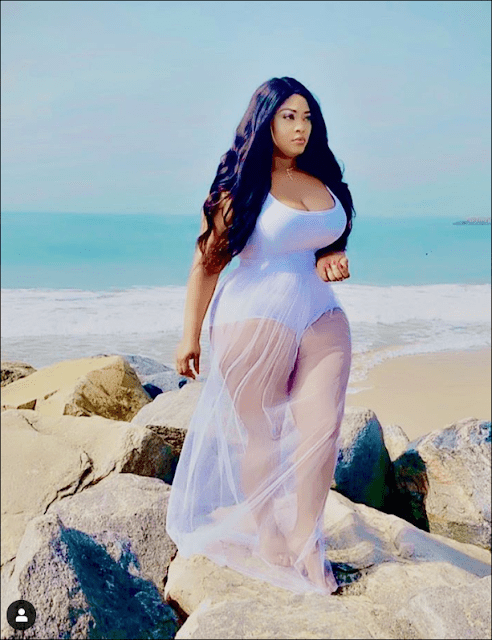 Nollywood actress, Biodun Okeowo better known as Omobutty, has taken to social media to advise ladies who body-shame each other.

Biodun who was recently insulted by a fan who called her arms ‘water yam’ said she’s grateful that brands still pay millions for her to advertise their wears regardless of her size.

According to the actress, human beings can never be satisfied.

She wrote: “Good morning guys. I woke to a comment where a lady body shamed me… that my arms look like Isu Ewura (water yam), Jesus! This arms that brands pay millions to wear there (their) clothes and advertise their business etc Lord I’m grateful

“Reason for posting this. Ladies let’s stop body shaming. You body shame people with natural body, yet you body shame when they go for surgery. How do we satisfy people?

“Answer: just satisfy yourself, live your life, do you and don’t seek public validation for anything you want.

“I’ve been bashed and insulted for flaunting my back, but that doesn’t stop me from doing what I love.

“Having said this, ladies please don’t let any haters run you down or body shame you with their gutter mouths.

“Love yourself in your own skin. I have fat arms that bring a fat account balance.
I wish you all a blessed day,” she added. 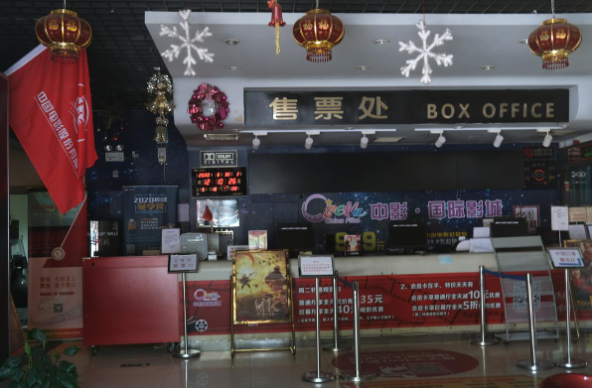 China will allow most cinemas to reopen from July 20, the film administration said on Thursday, six months after they were forced to close as part of draconian measures to contain the novel coronavirus.

The relaxation has been long-awaited in the world’s second-largest film market, where lockdowns have eased gradually as infections have dropped sharply since March, with many restaurants and malls open for months.

Cinemas in low-risk areas will resume operations but curbs, from limited film showings to mandatory masks, will still apply, although those in medium- and high-risk areas will stay shut, the China Film Administration said in a statement.

No area in China is now categorised as high-risk, the government said, however, and just four neighbourhoods in Beijing, the capital, are graded medium-risk.

“This is breaking news for the industry and people are thrilled,” said Gao Jun, former general manager of Beijing-headquartered Xinyinglian Cinema Chain.

“This industry is in a desperate situation because of high operational cost: the rent.”

Cinemas that re-open will have to limit audiences to 30% of normal and keep vacant seats between patrons, who are required to book in advance and not carry in food and drinks, the film authority said.

The theatres were forced to shut in late January as China battled the virus that emerged in its central city of Wuhan late last year, before spreading worldwide to cause 14 million infections and 583,000 deaths.

Shares in China’s largest cinema owner, Wanda Film jumped on the news, to end up 1.1% per cent, outperforming a drop of 5% in the benchmark Shenzhen Composite Index.

“Wanda Film’s preparations are progressing in an orderly fashion,” the company, which runs more than 600 cinemas nationwide, said in a statement, adding that it planned to announce re-openings.

Last week, it forecast a swing to a first-half net loss of up to 1.6 billion yuan ($230 million), from a gain of 524 million yuan in the corresponding period last year.

Social media users welcomed the news, despite the restrictions.

“I have many films that I want to watch in the cinema!” said one user on Sina Weibo. 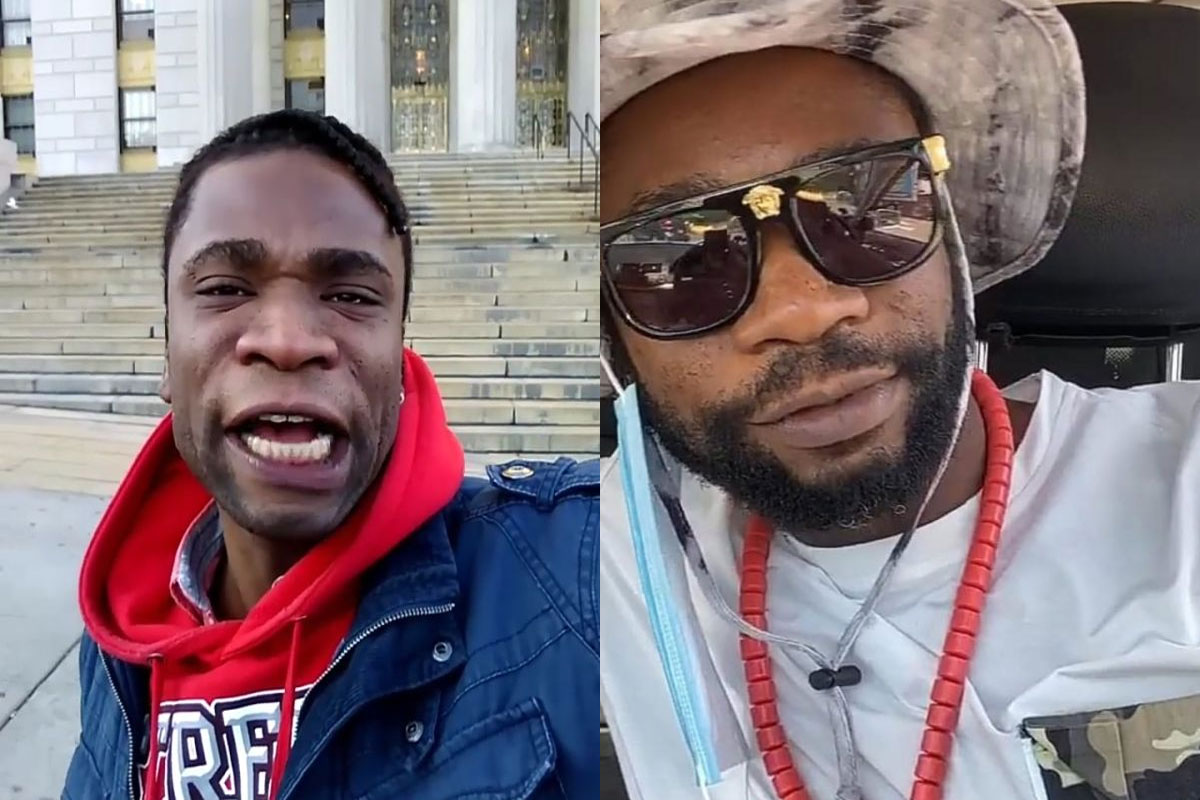 Nigerian rapper, Speed Darlington has advised his fans to desist from following his fake IG page.

Darlington, in a video, showed no mercy on the scammer by insulting him and told fans the scammer manages to steal his photos and videos and uploads it on his fake page.

He also went on to stay that, the scammer takes money from the followers and gives them his word on advertising them but later blocks them as soon as he gets the money.

In a video, the controversial rapper shows a printed out copy of the fake page and advises fans to unfollow and make reports. 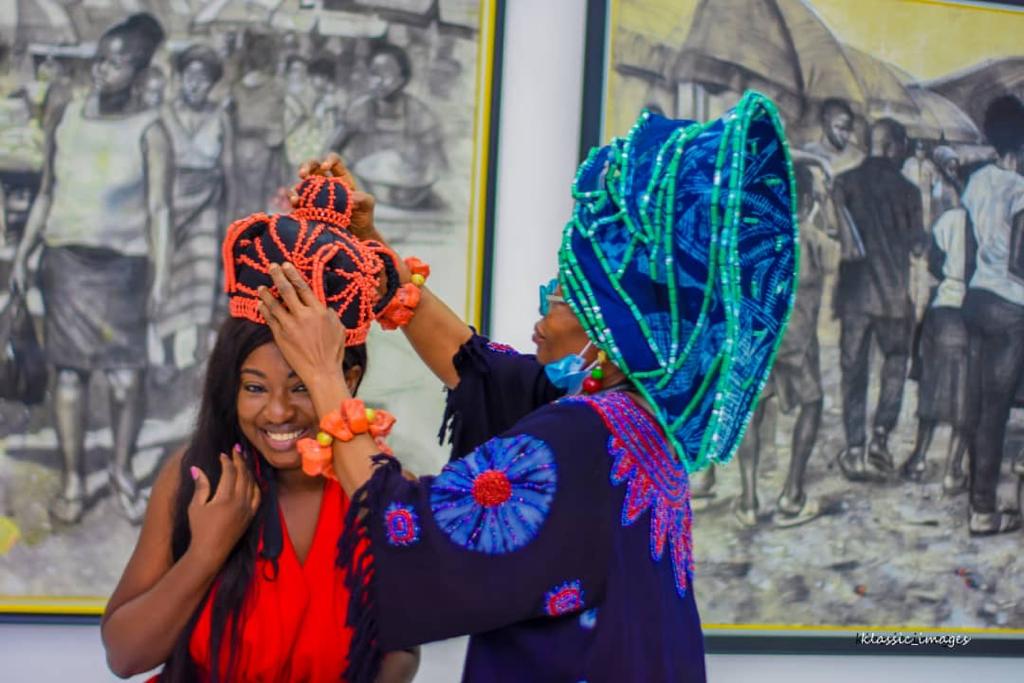 During a tour around the prestigious art gallery, Nike Art Gallery, Nike Davies crowned the actress as the Erelu of Nollywood for her talents and claims that the actress truly portrays the ideal African Queen.

She rose to prominence after she made a cameo appearance in the music video African Queen by 2Face Idibia alongside Annie Macaulay and has featured in over 500 Nollywood movies since then.

The coronation was done in a Benin-like style which earned the actress a special necklace from the veteran art connoisseur as a gift for her new title as the first-ever lady to be crowned the Erelu of Nollywood and in attendance were notable personalities such as Samuel Olatunji (Bigsam) Idris Aregbe and Humblesmiths.

MORE READING!  If I'm expensive, my kid has to be too, Cardi B slams fans critcizing offset for getting daughter birkin bag

Regarding her new title, Yvonne Jegede had this to say;

Mama Nike Art Gallery had this to say regarding the actress