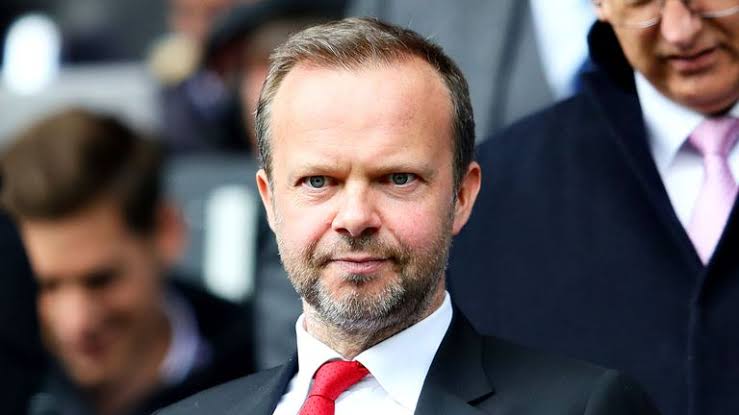 The fans understood to be members of United’s notorious ‘Men In Black’ hooligan firm, launched an attack on Woodward’s luxurious £2m Cheshire mansion, in which he lives with his wife and two young children according to the Sun UK.

The fans assembled outside his house and rang the house’s intercom on his gate entrance on Tuesday night, then when no one answered, they launched fireworks and a smoke bomb before spray painting his gates red.

This attack comes after some fans could be heard singing about burning Ed Woodward’s head ‘on a spike’ in their last premier league game.

“Build a bonfire, build a bonfire, put the Glazers on the top, put Ed Woodward in the middle and burn the f***ing lot,” sang the United fans to the tune of the famous American folk song, Clementine.

The fans are angry with the poor investment and transfer decisions that have been made by Ed Woodward and the club’s owners, the Glazer family, since Sir Alex Ferguson left the club in 2013.

With no Premier League title won since then, and the club finishing in 4th, 5th, 2nd, 6th and 7th since the legendary manager left the club.

Manchester United in a statement on its official website wrote:

“Manchester United Football Club have tonight been made aware of the incident outside the home of one of our employees.

“We know that the football world will unite behind us as we work with Greater Manchester Police to identify the perpetrators of this unwarranted attack.

“Anybody found guilty of a criminal offence, or found to be trespassing on this property, will be banned for life by the club and may face prosecution. Fans expressing opinion is one thing, criminal damage and intent to endanger life is another. There is simply no excuse for this.”

Ole Gunnar Solskjaer’s side, who missed out on Champions League football last season, currently sit six points behind the top four with just 14 matches remaining in the Premier League.