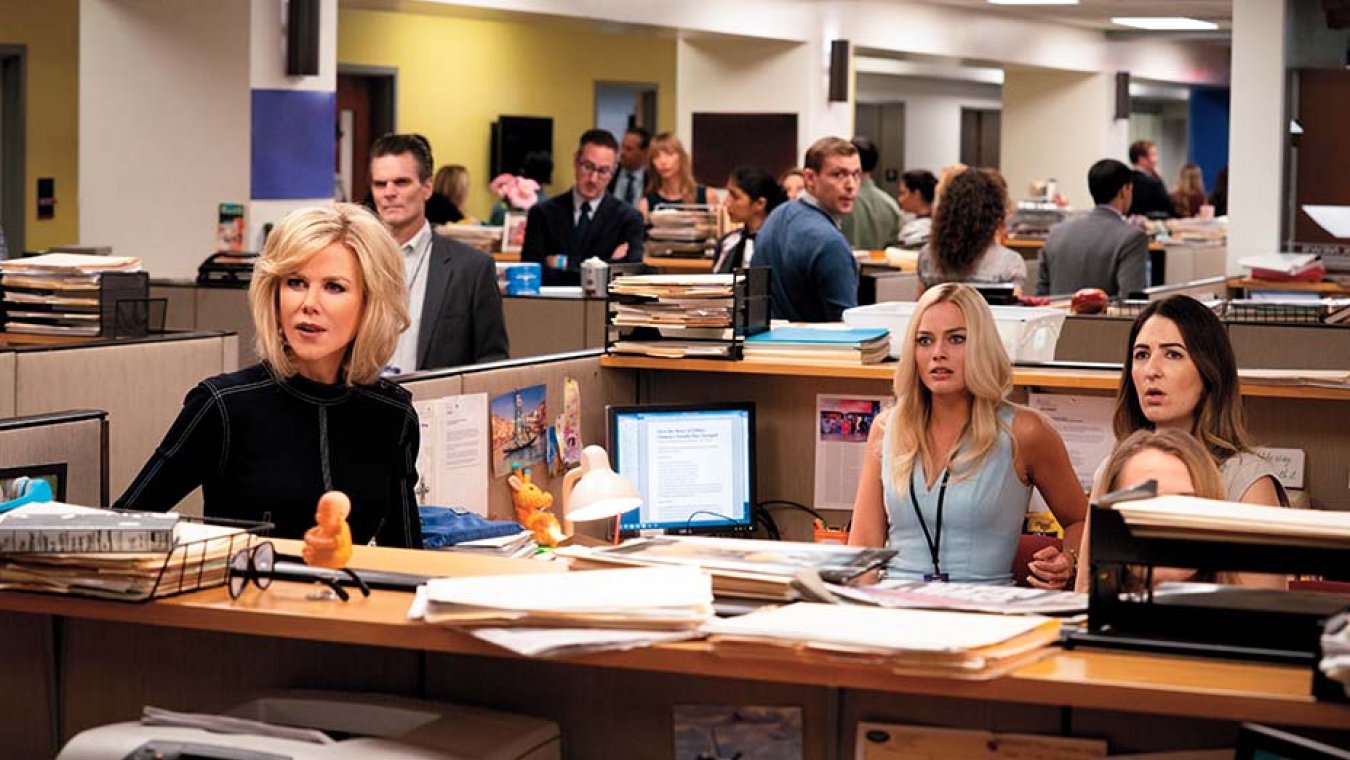 “Bombshell,” a drama about sexual harassment allegations at Fox News, led the movie nominees for the Screen Actors Guild [SAG] Awards on Wednesday and will compete for the top prize of the best cast.

Other contenders for the best cast award are Mafia epic “The Irishman,” Quentin Tarantino’s 1960s period drama “Once Upon a Time in Hollywood,” Nazi-era satire “Jojo Rabbit” and “Parasite,” a social satire from South Korea.

The SAG awards are closely watched as an indicator of likely Oscar success because actors form the largest voting group in the Academy of Motion Picture Arts and Sciences.

Winners will be announced in a televised ceremony in Los Angeles on Jan. 19.

“Bombshell,” which debuts in U.S. movie theatres on Friday, depicts the story of the women at Fox News whose sexual misconduct allegations in 2016 led to the ouster of network founder Roger Ailes. Ailes, who died a year later, denied the accusations.

“When this story broke it was only the tip of the iceberg, and then two years later we find ourselves with all these allegations against so many men in powerful positions,” Theron, also a producer of the film, told Reuters at the red-carpet premiere for “Bombshell” in Los Angeles on Tuesday.

Fox News on Wednesday had no comment on the film other than saying that no one from the movie contacted the network to fact-check their account.

Netflix Inc’s “The Irishman” scored SAG nominations for supporting actors Al Pacino and Joe Pesci but not for star Robert De Niro, who is scheduled to receive a lifetime achievement honor at the awards ceremony.

Other nominees included Brad Pitt and Leonardo DiCaprio for Sony Corp’s “Once Upon a Time in Hollywood” and Scarlett Johansson for divorce drama “Marriage Story” and for “Jojo Rabbit.”

TV series competing in top categories include “Game of Thrones,” “The Crown,” “Fleabag” and “The Marvelous Mrs. Maisel.”

Outstanding Performance by a Male Actor in a Supporting Role
Jamie Foxx, Just Mercy
Tom Hanks, A Beautiful Day in the Neighborhood
Al Pacino, The Irishman
Joe Pesci, The Irishman
Brad Pitt, Once Upon a Time in Hollywood

Outstanding Action Performance by a Stunt Ensemble in a Motion Picture
Avengers: Endgame
Ford v Ferrari
The Irishman
Joker
Once Upon a Time in Hollywood

Outstanding Performance by an Ensemble in a Comedy Series
Barry
Fleabag
The Kominsky Method
The Marvelous Mrs. Maisel
Schitt’s Creek