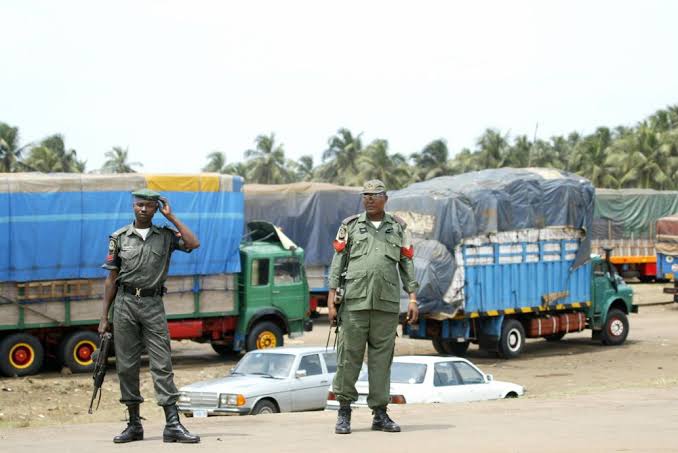 He added that daily accrual of the service billion before commencement of the joint operation in August last year was about N4.5.

Garba said that, increased revenue was made possible because many illegal border routes were blocked, adding that fight against smuggling and illegal importation was intensified to encourage local agricultural production and development.

The customs chief said this on Thursday in Ilorin, the Kwara state capital during parade of seized goods and items.

Mr Garba, who is also the area controller of the Nigeria Customs Service, Seme Border, revealed that no fewer than 204 illegal migrants were repatriated during the period under review.

He said that a total number of 10,000 bags of smuggled rice were seized since the operation started.

The customs boss, who said that the border closure was not targeted at anyone, individuals, group of persons or any community, added that it is for the protection of the nation’s economy.

“It is no longer news that the Federal Government on the 20th of August, 2019 to be precise, partially closed all land borders for betterment of the nation’s economy, security of the citizen and for our neighbouring countries to abide by ECOWAS protocols”, he said.

He said that “also seized are 52 different types of used vehicles, trucks, trailers and other vehicles used for conveying Contraband goods with duty paid value (DPV) of N 88, 854, 500.