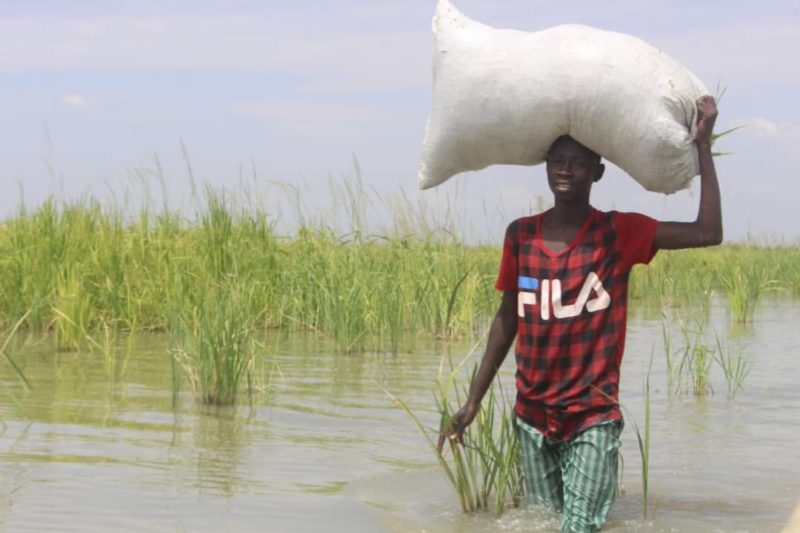 Rice farmers in Borno State, on Friday, recounted ordeals as 4,000 hectares of rice farms were submerged as a result of the released of excess water from the Aloa Dam located in the outskirts of Maiduguri, the state capital.

The News Agency of Nigeria reports that thousands of hectares of rice fields wilted due to flood at Dusuman, Zabalmari, Kachallari, Bulatamari, and Gongolon villages.

Some of the affected farmers at Dusuman and Zabalmari rice fields in Jere Local Government Area of the state told NAN that they were still counting their losses and trying to come to terms with the situation.

The farmers called on the Federal and Borno State Governments to assist them salvage what was left and guard against further losses.

Malam Usman Lawan, a rice grower, said that he had cultivated his three hectares of rice field in July, lamenting that water from the dam submerged the field, making it difficult for the plants to yield.

Lawan said that he had received support of farm inputs under the Federal Government’s Anchor Borrower Programme (ABP), and spent so much on farm clearing and planting during the cropping season.

“As you can see, my entire farm and adjourning farmlands were submerged by water following released of excess water from the Aloa Dam.

“The plants germinated well and we anticipated high yields but water from the river submerged the farmlands due to the release of excess water from the dam.

“We lost our investments because the plants wilted and could not yield in a flooded field,” Lawan lamented.

Yerima Bunu and Bulama Bana, who narrates same ordeal, said that their rice farms and other crops, planted in low land areas, were also submerged by the water.

Bana said that he lost three out of the four hectares of farmlands cultivated at Zabalmari plantation to the flood.

He noted that the trend had forced farmers to relocate and plant on high level plains in far distant areas, risking attacks by Boko Haram insurgents.

The Ward Head of Dusuman farming community, Alhaji Bulama Dalori, disclosed that the disaster affected about 2,000 hectares of farmlands, cultivated by over 1,000 farmers in the community.

Dalori added that the affected farmers were earlier displaced from their homes as a result of insurgency and had to be resettled at Dususman.

While lauding the military and members of the Civilian Joint Task Force (CJTF) over their protection of farmers, Dalori called for the deployment of additional troops to enable them to cultivate farmlands at higher altitude fields.

Also, the District Head of Dususman, Alhaji Lawan Mohammed, described the damaged caused by the flood as “colossal”, and called on the authorities at all levels of government to assist the affected farmers

Mohammed also urged the government to enhance distribution of fertiliser and other farm inputs to farmers, to enable them engage in dry season activities to boost food production and achieve national food security.

Mr Bulama Shu’aibu, the Supervisor of the Koila Prime Anchor, one of the Central Bank of Nigeria’s (CBN) certified agent of the ABP, revealed that 10, 430 farmers were supported under the programme this cropping season in Jere Local Government Area of the state alone.

Shuaibu explained that each of the benefiting farmers received fertilser, seeds and chemicals,  while the company provided tractor services and money for farm labour activities.

“We supported farmers in Jere where there is peace, unfortunately flood submerged the plantations.

“We have sent report to the CBN and Bank of Agriculture (BOA) over the flood disaster ravaging rice fields,” he added.

Also commenting, Mr Kabiru Wanori, the Commissioner of Environment, said that Gov. Babagana Zulum, had directed the ministry to conduct an Environmental Impact Assessment (EIA) study and map out strategies to check perennial flood in the state.

Wanori added that the ministry had also conducted sensitization activities to create awareness to check indiscriminate dumping of waste on drains and erection of structures on waterways to control flood in the state. 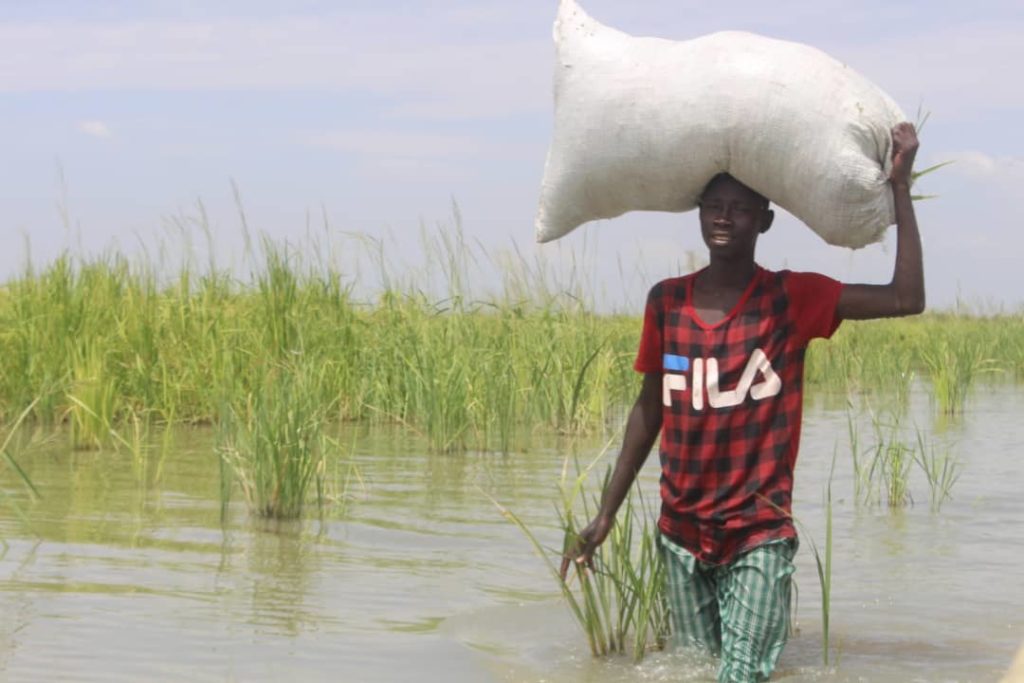 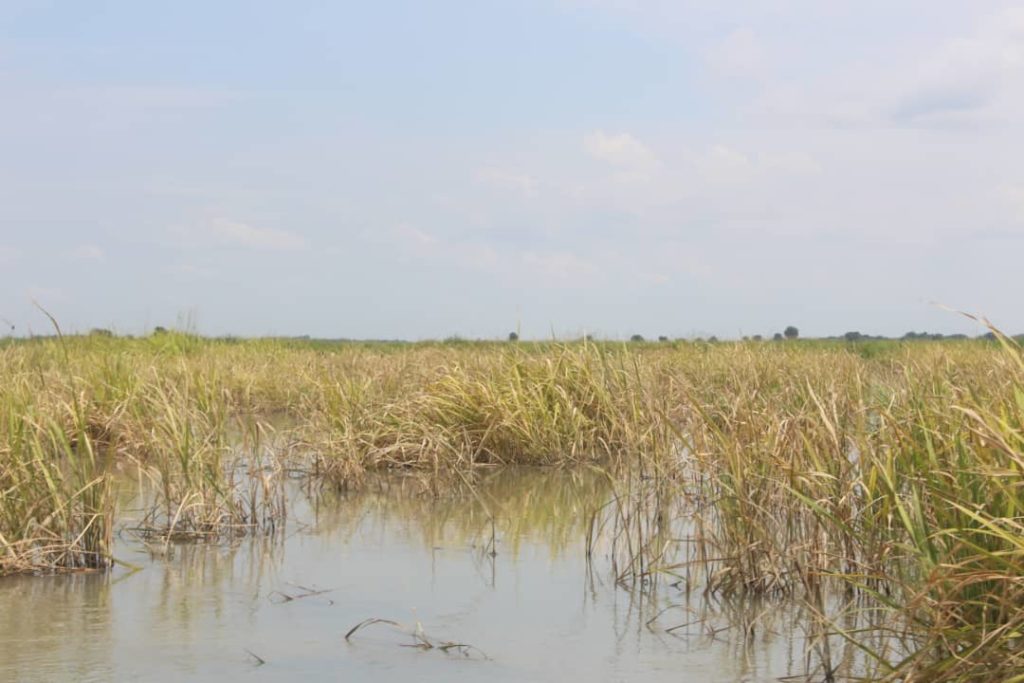 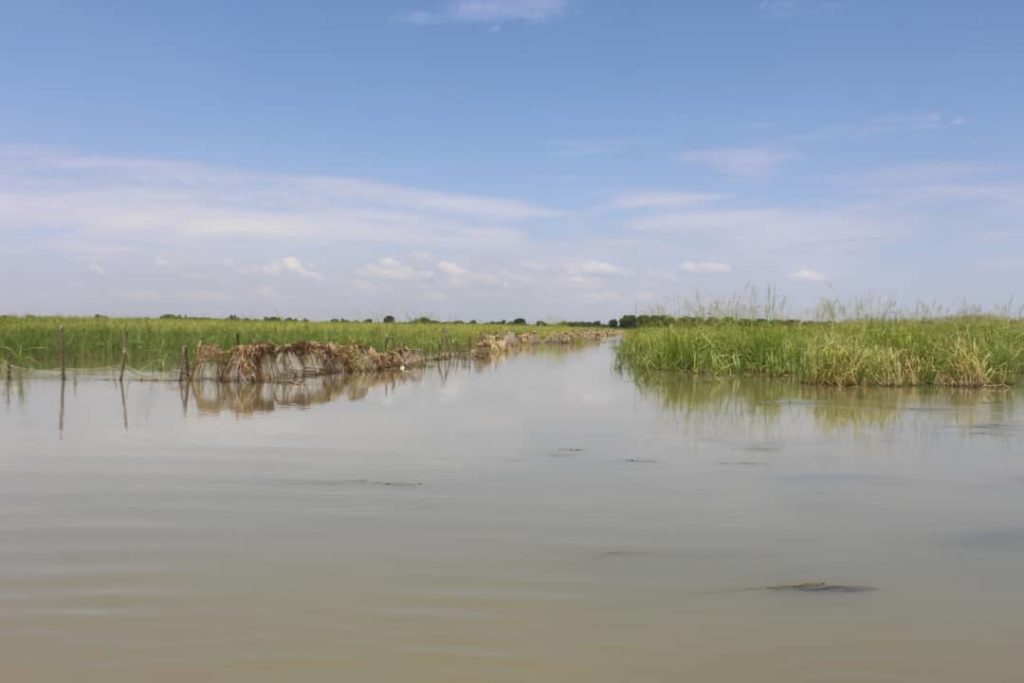