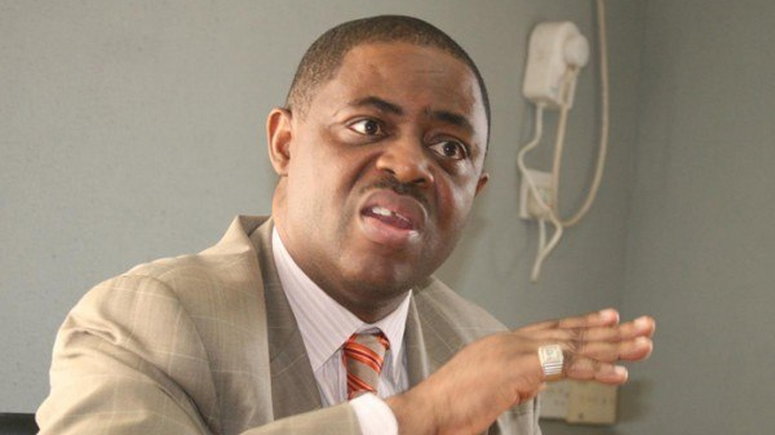 The faceoff between a chieftain of the Peoples Democratic Party [PDP], Femi Fani-Kayode, and the leader, Muslim Rights Concern [MURIC], Prof. Ishaq Akintola, continues with Fani-Kayode, on Sunday, attacking the MURIC boss.

WuzupNigeria reports that the MURIC boss had described the former minister’s father, Chief Remi Ade Fani-Kayode, as the real traitor who betrayed the Yoruba to northern hegemony.

But Fani-Kayode, on Sunday, described Akintola as a vulture, whose father, Alhaji Alimi Akintola, who died in 2018, was “one of Ife’s ‘Big Seven’ loyalist supporters of my late father, the Balogun of Ife, Chief Remi Fani-Kayode”.

“I don’t like to respond to rubbish and garbage like Ishaq Akintola but in this case I will make an exception. His father, Alhaji Alimi Akintola, who died in 2018, was a traditional Baale, an erudite politician, one of Ife’s ‘Big Seven’ loyalist supporters of my late father, the Balogun of Ife, Chief Remi Fani-Kayode in the early 1960s and one of his greatest and most respected friends. Go and find out.

“He forgot his father’s history and now he is insulting his fathers boss and political mentor, Chief Remi Fani-Kayode whose outstanding political legacy and selfless contributions to our nation’s history is exemplary and second to none. Ishaq is too small to call that name and he knows nothing about the history of our people. This is about him and not about me or my father. We are talking about what he is doing to our people today and not what others did or did not do 50 or 60 years ago.

“Let him defend his own abominable and diabolical record of dancing on the graves and the blood of our people that is being shed by his Fulani paymasters. The truth is that Ishaq is nothing but scum and neither does he speak for the Muslims of the South West. He speaks only for himself. Worse still he is a fake Muslim scholar who attended some fake almajiri school in Cairo many years ago.

“He is not fit to kiss my feet or lick my shoes. He is filth. He is the lowest of the low. He is a vulture, a cockroach, a sewer rat and a desert monkey all rolled into one that is on the payroll of the Sultan of Sokoto and his Fulani and Arab masters.

“Let him go to the core north in any Fulani mosque and say he wants to lead prayers. They will call him an infidel, throw him out, stone him, cut off his head and feed his body to the pigs and dogs. When the Oduduwa Republic is established, we have a place we will keep people like him. This I promise you.”

Akintola had on Friday called Fani-Kayode’s father the real traitor who betrayed Southern politicians to the northern hegemony.

“Fani-Kayode called Ishaq Akintola a traitor. ‘Traitor’ in what matter? That is terminological inexactitude. Somebody must betray in a matter over which you have all agreed before you can call him a traitor. What did we agree on? Who did we betray?

“Did we Muslims sit down with the Afenifere or any group and agreed that we should form Amotekun? Can you shave our heads in our absence? Can you defecate for us? Must you eat for us when we are the ones who are hungry? Will that take our hunger away?

“Can you drink water for us when we are the ones who are thirsty? Fani-Kayode must be reasonable at least for once. Femi Fani-Kayode has forgotten history. We pity him. Does he think the Yoruba have fallen victims of general amnesia?”

According to Akintola, Fani-Kayode should not have been the one using the word ‘traitor’ in reference to any son of Oduduwa.

“Talk about kettle calling pot black. Well, now that he has asked for it, we will let him know that when a child rejects pounded yam in the evening, the elders will narrate stories to him

“If Fani-Kayode (Snr) aided and abetted the subjugation of the Yoruba to Northern political hegemony, how can Fani-Kayode (jnr) brazenly call Akintola a slave of the Fulani? Is this not a manifestation of addiction to lying and an incurable phobia for anything honourable?” He asked.

“We advise Fani-Kayode as a former minister to learn how to use parliamentary language, at least in public. Unrefined, uncouth and gutter vocabulary should be reserved for area boys. Or are we back in the days of Fani-Power? Those were days when anything goes in politics.”