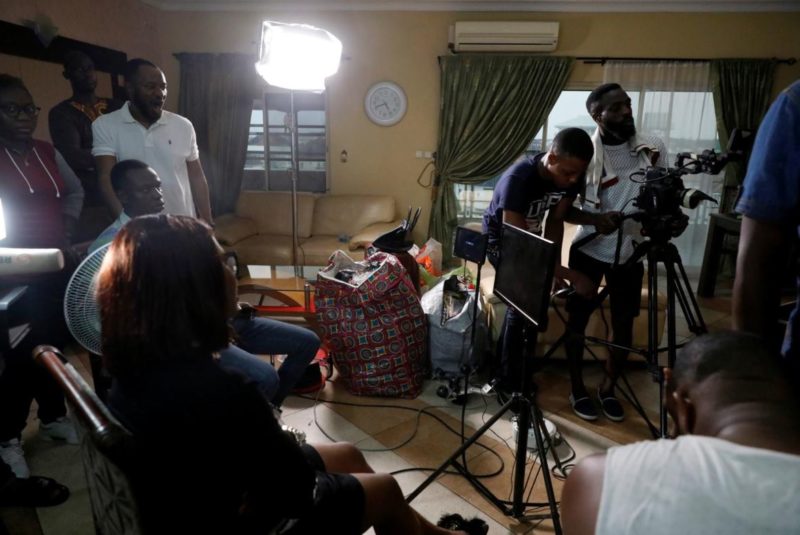 The film is an interesting business and like all other businesses, it has consumers to serve all year long.

Though there are seasons sales skyrocket and also times when the sales ebb low but good businesses stay profitable because they figure out what to serve, when and to whom.

Nollywood is yet to get a hang of the business in movie sales and it shows in the cold way it is approaching the February audience.

Some brands make a lot out of the ‘romance/love crowd’ at this time of the year and the industry can tap into this.

Traditionally, the month of February is called a ‘dump month’ in Hollywood parlance because this is when the studios put little efforts into releasing films and most times release films that they either do not expect to do well or are not thrilled to be contractually bound to.

So, except for a few romantic comedies and not-so-serious films, the month is empty.

Typically, films that spillover from the holiday periods are left in the box office. Consumers, over time, have mirrored this schedule and thus know not to show up except that one time for a valentine movie date.

Needless to say, apart from economic reasons, the only other reason why the cinemas rake in low funds during these periods is that fans know not to expect real, quality films. To further understand this, it is important to look at the times studios took advantage of dump months and the results.

The most recent and thrilling case is ‘Black Panther’. At first, critics were unsettled about the decision to release the iconic movie in the middle of a dump month. The marketing played to every important emotional nerve in the minds of the audience and broke several records.

The success of the film, especially the timing of its release, holds lessons for Nollywood. First, it showed that the Nigerian film audience could stretch in number.

By March, a little over four weeks, the film had made over N600m in revenue. There was an audience and they paid that much in ‘dump months’ to see the movie.

That figure is more than Nollywood raked in during the 2019 festive screenings where the film is expected to sell over the roof. True, Nollywood does not have ‘Black Panther’s marketing budget but it knows now not to hide under the cloak excuse that audiences will not show up.

In that same 2018, something interesting happened and this was more close to home. EbonyLife Films released ‘Royal Hibiscus Hotel’ and despite the strong marketing competition from ‘Black Panther’, it made over N59m.

A bulk of these earnings came from the valentine audience as the film was released on Feb. 10, 2018 making a lot before ‘Black Panther’ takeover on Feb. 18.

It is important to understand the context under which ‘Royal Hibiscus Hotel’ made what some people now would call a meagre 50 million Naira. It is interesting how in the chase for the 200 million naira mark, Nollywood forgets to curate its audience all year long with good small budget films. Hollywood understands this and the movie release schedule reflects this.

By 2019, there was no serious contender at the box office for this period and Nollywood failed to use the advantage. It was a pure advantage.

Foreign studios typically release the year-long movie schedule and marketing efforts are clear to see which the studios are taking serious or not.

What happens if Nollywood works with this in mind and wins over the audience with great movies?

Doing this will inevitably increase the patronage in the high performing months and profit margins too. That is, the heavy marketing, for the industry and particular holiday films, would have been spread across months of great cinema releases that build trust for the big seasons.

Backtracking to 2019, the coast was free of serious contenders, save for ‘Alita the Battle Angel’ which took the audience because it was more available to watch.

As of February 14, Nollywood had 11 movies in the cinema. Only one of the new movies was manageable to watch. Seven of them were like school film projects and the other three were holiday releases that were dying down.

The holiday films were ‘Chief Daddy’, ‘King of Boys’ and ‘Up North’ which were in their tenth, seventeenth and eighth week respectively.

The manageable film was ‘Let Karma’ which earned just over N7m in four weeks. It will round up to over eight million at the end of its box office run but that was the end.

Apart from the fact that the films released in that period were not up to standards, at least 90 per cent of the audience did not know that they were being released. The marketing efforts were next to zero. Why bother then?

February and the spillover to March is a good window for Nollywood. ‘Black Panther’, ‘Get Out’ and others have shown that the audiences will come out if they are given good reasons to.

This is not the time for the industry to follow the schedules of its foreign counterparts, rather it is a moment to analyse and create industry-based schedules that work.

To do this, it is important to note that the movie might or might not be big budget. At least, one moderately budgeted film should do.

It should be given the same support holiday films are given.

At the base, a good story is important. This is followed by excellent production and topped up with quality marketing. It is foolhardy to release a film you are not ready to tell the world about or are not equipped to tell it to them the right way.

Worthy of mention is that ‘Dear Affy’ will premiere on Feb. 14. It is a romantic comedy and this is otherwise a smart move.

But there is a problem. The marketing is non-existent, as even industry stakeholders have little to no idea about the film. It seems like another flop waiting to happen except something is done fast.

There is still a two weeks period for the magic to be orchestrated somehow otherwise it will tank.

Looking at the numbers, if ‘Dear Affy’ has a great story and is done right, marketing could make the film rake in some of the biggest numbers in Nollywood box office history.

Respect is reciprocal and the February audience is whispering this to Nollywood.

Continue Reading
You may also like...
Related Topics:Box Office, Nollywood

I am not all about religion; I am for love, spirituality and kindness – Uti Nwachukwu
Tacha to establish school