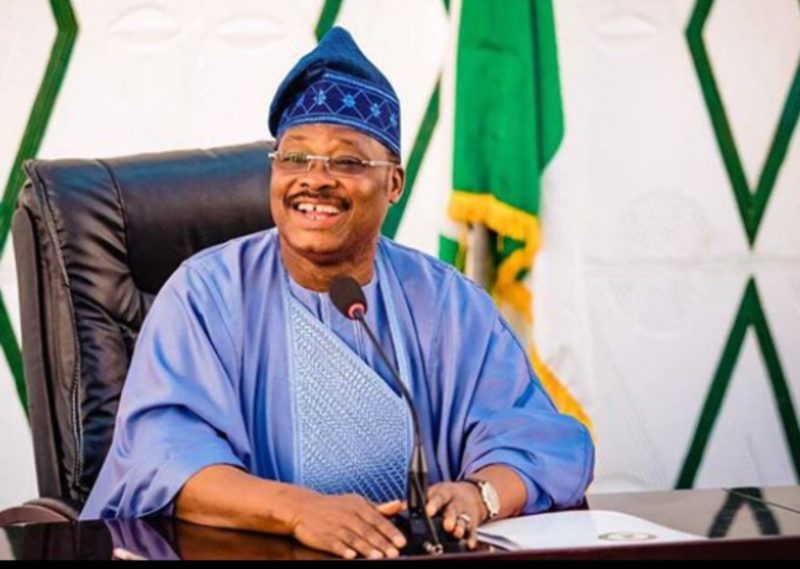 Tears and mild silence as the remains of former Oyo State Governor and National Deputy Chairman (South) of the All Progressives Congress, Senator Abiola Ajimobi was laid to rest in Ibadan on Sunday.

The former Governor of Oyo state, Ajimobi was laid to rest according to Islamic rites at his 6th Avenue, Yemoja Street, Oluyole Estate residence in Ibadan, the Oyo State Capital amid tight security.

It was learnt that the preferred choice of the Ajimobi family where they wanted the remains to be laid which is the Agodi GRA was not approved by the Oyo State Government on the ground that there is litigation on the property.

Newsmen gathered that the late former Governor of Oyo state was laid to rest at 10:05 am.

Recall that Senator Abiola Ajimobi died at the age of 70 and was confirmed dead at a Lagos-based hospital.

According to the report, the late politician was reportedly buried in strict compliance with the COVID-19 protocols.

It was also learnt that no fewer than 20 people including wife of the former governor, Chief Florence Ajimobi and other members of his immediate family were in attendance.

Some fully armed policemen were positioned at the residence of the deceased while movements of people in and out of the neighbourhood were controlled as the burial ceremony held.

Party faithfuls and other loyalists of the late politician were barred from the burial.