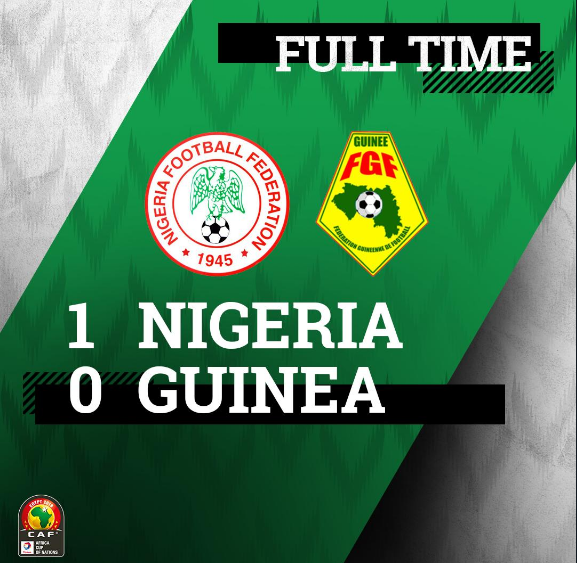 The Super Eagles of Nigeria, on Wednesday, defeated the Syli Nationale of Guinea 1-0 in their second Group B game at the ongoing 2019 African Cup of Nations (AFCON) in Egypt.

Kenneth Omeruo put the Super Eagles ahead with a header in the 73rd minute after converting Simon Moses’ corner.

Though the Guinea dominated the game in the first half, the Super Eagles came back into the second half with a better display to secure six points from two games.

The Super Eagles have now qualified for the knockout stage as the first team to make it through with six points.

Neymar ‘ready to go on strike’ if PSG deny him a return to Barcelona
BREAKING: Egypt beat DR Congo 2-0, qualify for #AFCON2019 Round of 16