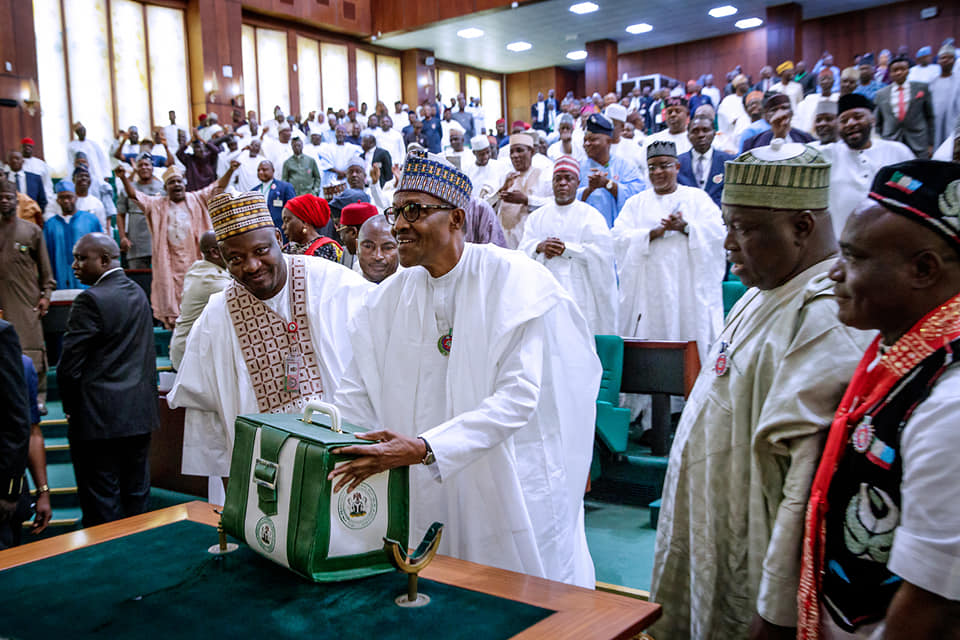 The rowdy session some lawmakers stood up to give the President a clap, some others booed him shouting, “Lies, propaganda”.

Today, we will review economic development over the last three-and-a-half years with emphasis on 2018. We will also highlight the budget for 2019.

The last three-and-a-half years have been challenging both home and abroad. Both oil and non-oil markets have been volatile. There have been disruptions in oil production in the country.

However, we have cause to be optimistic about the future. The economy has recovered from recession. We have done more work with less resources in Agriculture, Social Development and Infrastructure.

We have intervened several times to support states in the payment of salaries. The Federal Government has also sustained its efforts to curb corruption through the comprehensive cooperation of the single treasury account.

We have also made efforts to end the insurgencies in affected areas of the country. We thank the Armed Forces and Security Agencies for their efforts and sacrifices in protecting the nation.

We have also made many efforts to enhance transparency and accountability in public service delivery. Inflation has declined from 18.2% in January to 11.28% in November. Foreign Capital Influence has also improved.

Trading is a significant contributor to our country’s economy. But we must strengthen other areas such as Information Technology and Entertainment; all hands must be on deck to ensure the country succeeds.

In Agriculture, we are seeing increased investments in all areas of the sector. Indeed, we are on course to achieve good security in the nearest future.

We also prioritized the completion of already ongoing projects as opposed to starting new ones.

We have included the implementation for the National Minimum Wage. I will be sending a Bill to this National Assembly, on this.

To further support SME’s, we have set aside N15 billion, while the sum of N10 billion has been granted to BOI for this purpose.

I hereby present and lay the 2019 Budget to the floor of the National Assembly for consideration and passage.

We can all commit to the early passage of this Bill.

I thank you most sincerely for your attention. God bless the Federal Republic of Nigeria. 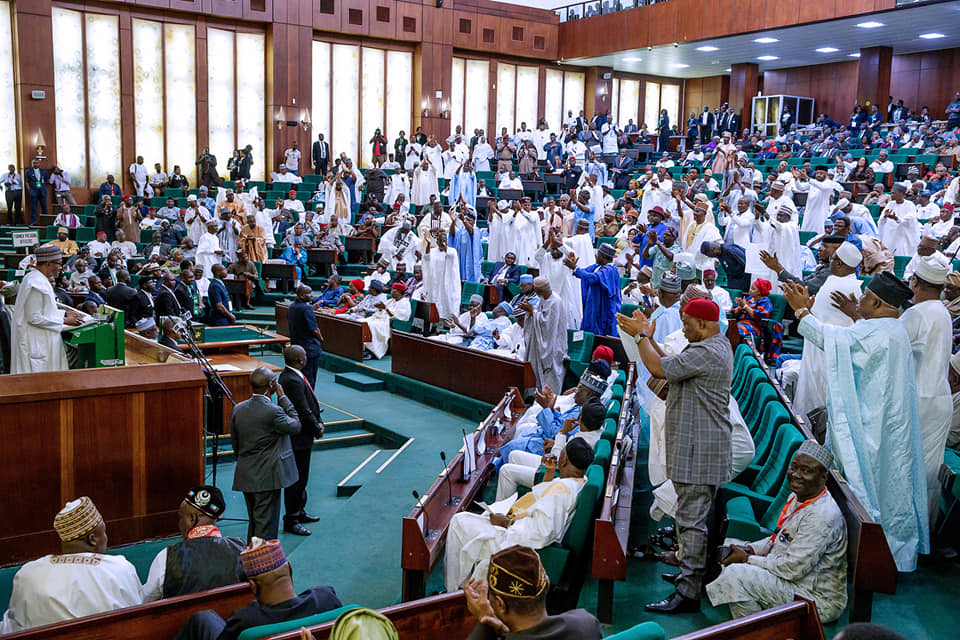 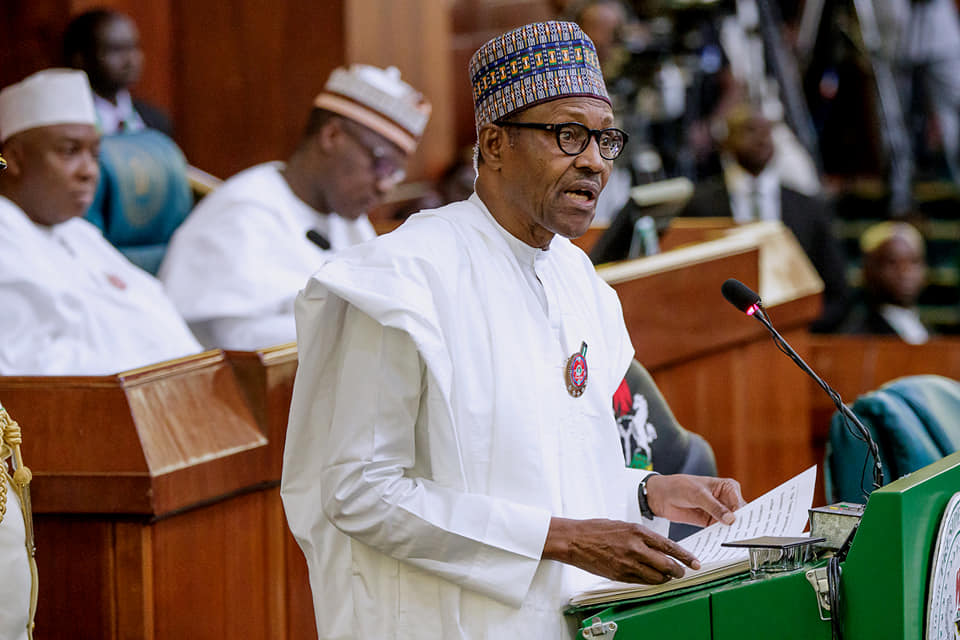 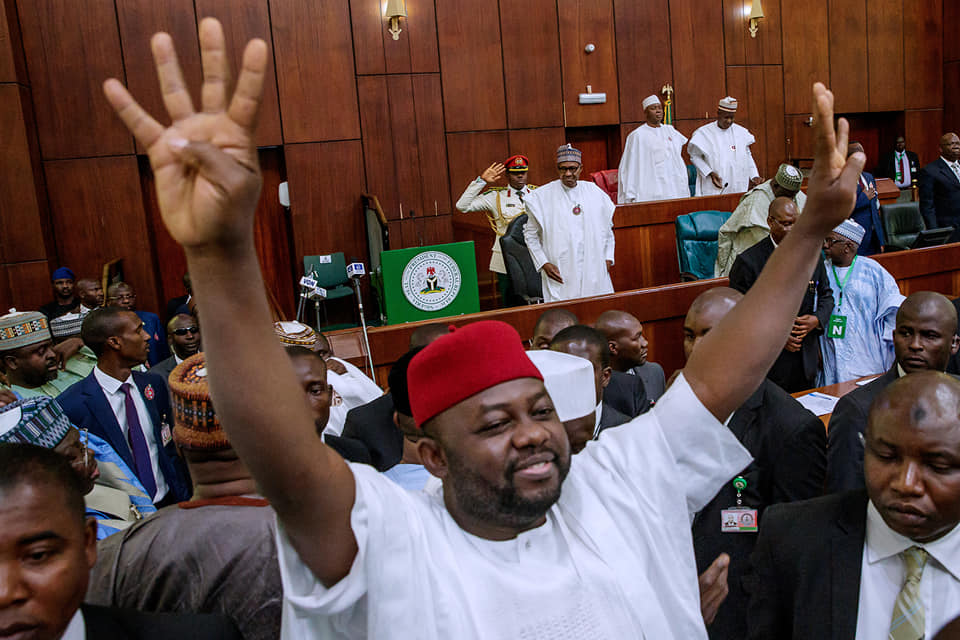 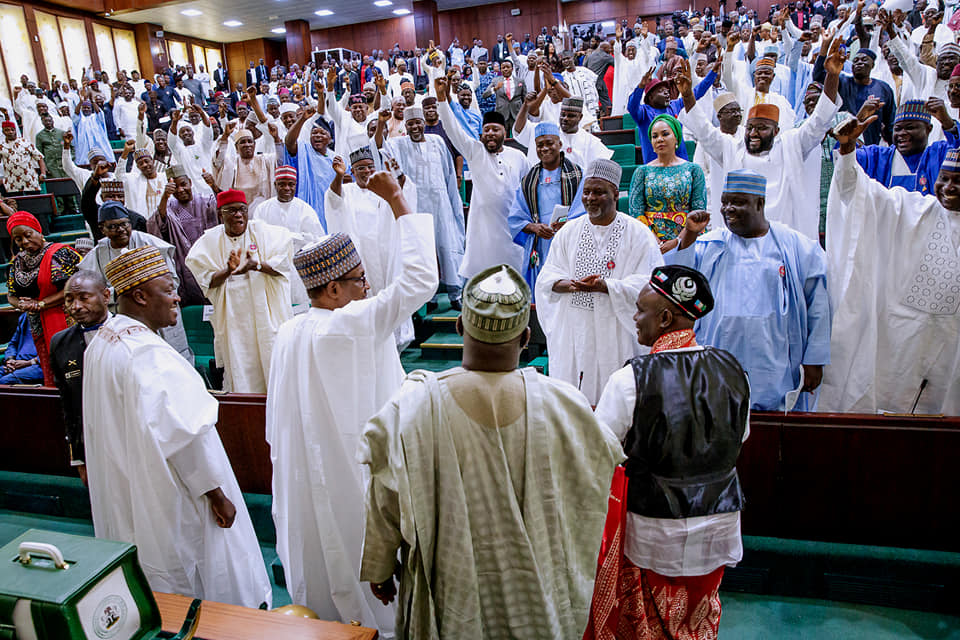 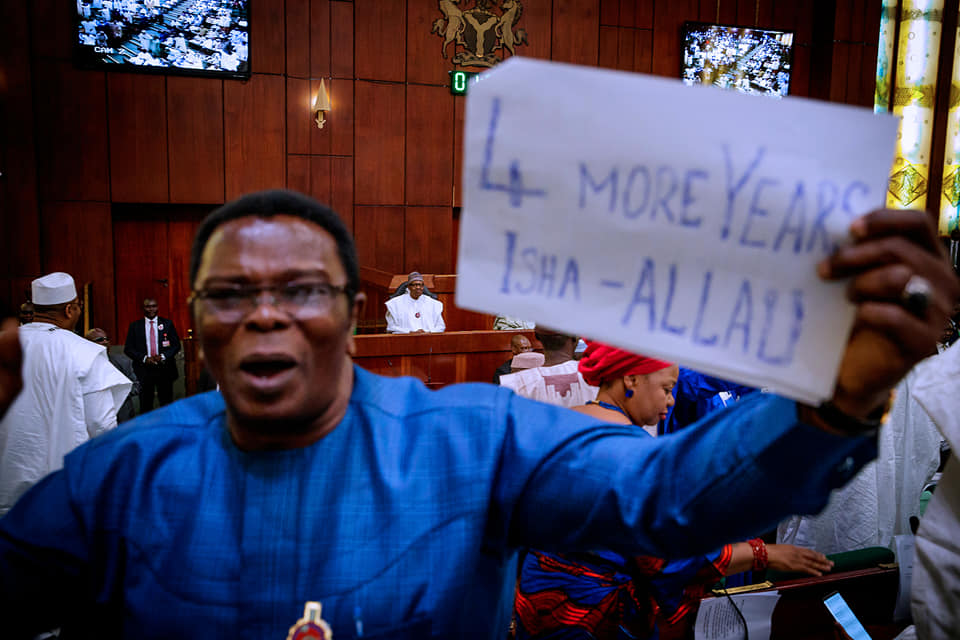 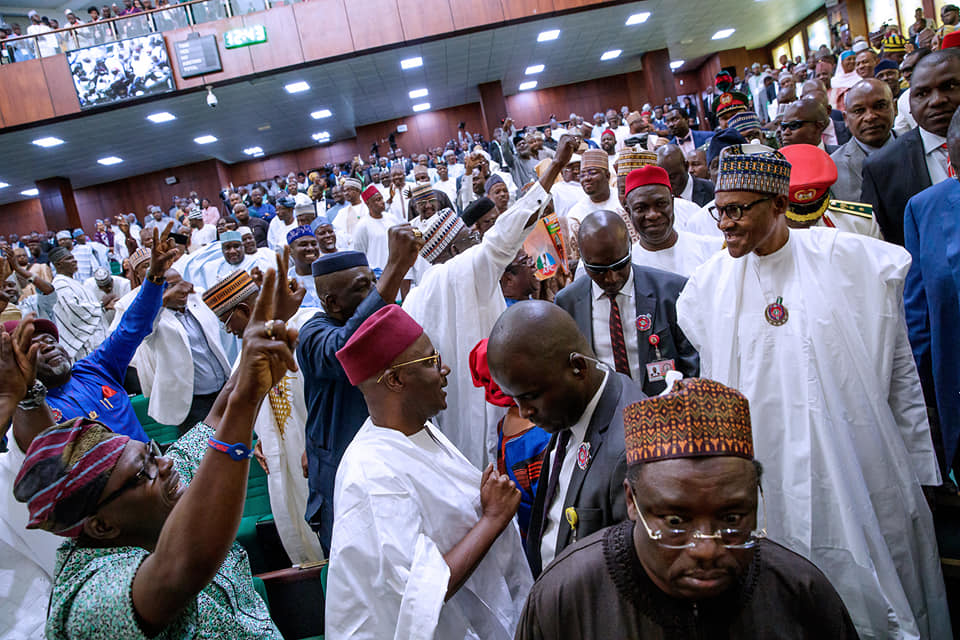 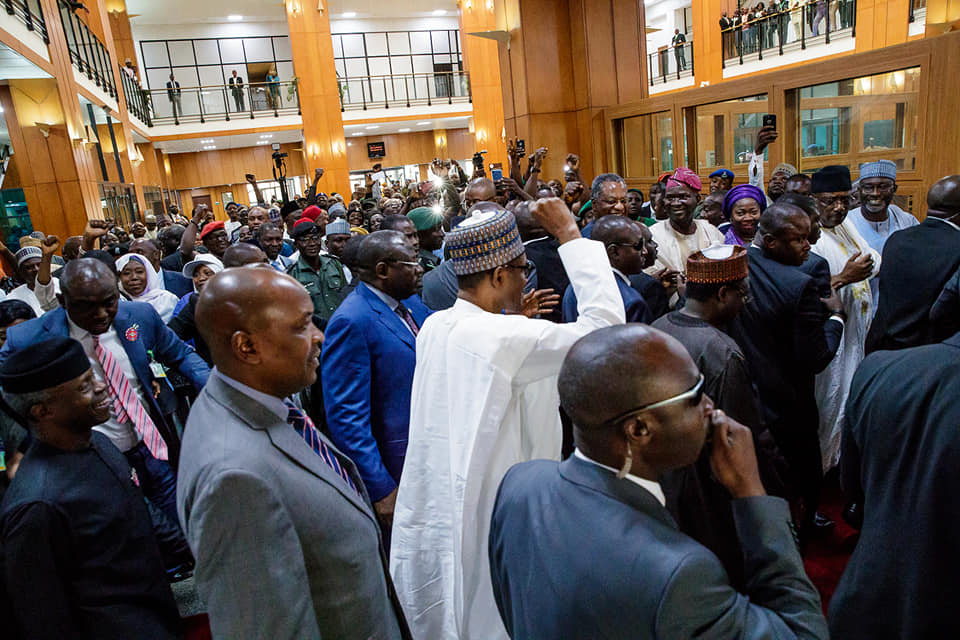 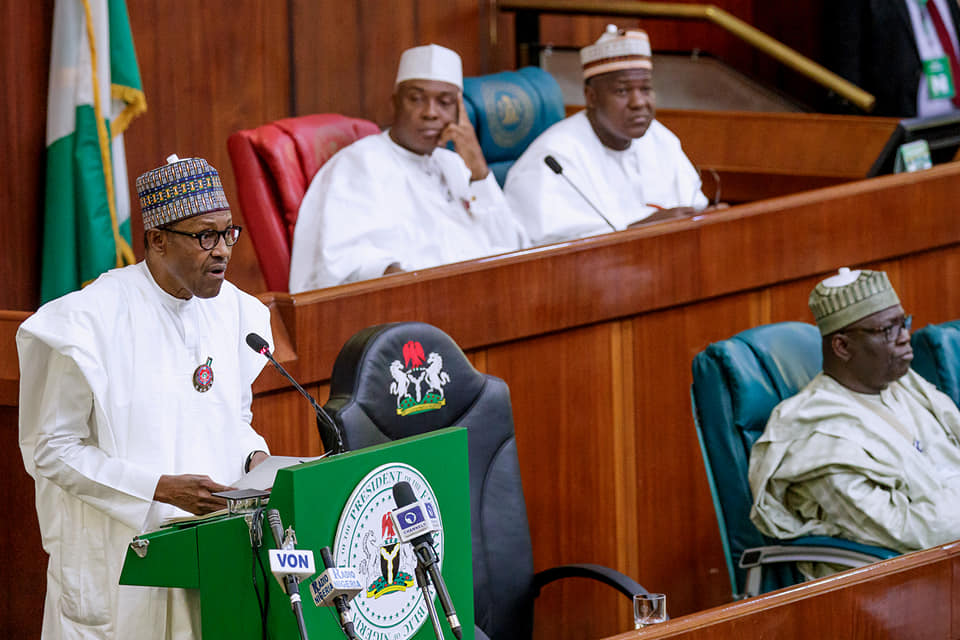 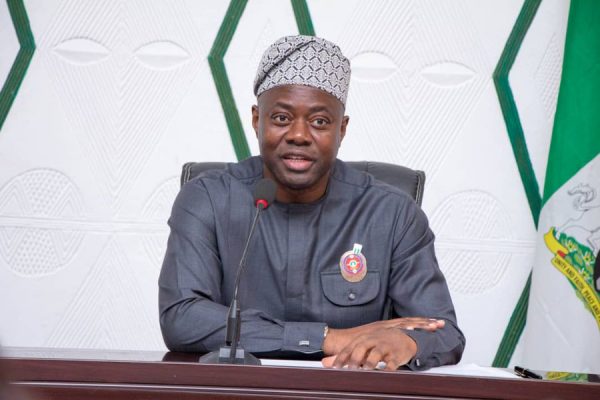 If things go as planned, female and male workers in public service in Oyo State may begin to enjoy six months maternity and one month paternity leave.

The leave is to attract full pay by the government.

The proposal came as a motion, raised by a member representing Ogbomosho North state constituency, Mrs Olawumi Oladejo during Tuesday plenary of the Oyo State House of Assembly.

Oladeji who described as “inadequate”, the current four months maternity leave been enjoyed by female workers, explained that the six months proposal will allow nursing mothers more time for exclusive breastfeeding of the babies.

She added that the motion is important as it will put the state on the same page with the World Health Organization (WHO) advises on mothers to exclusively breastfeed for six months.

According to her, limited maternity protection policies prevented women from having time to breastfeed thereby increasing child and maternal mortality in the state.

She identified improved intelligence, productivity, healthy start to life as some of the benefits that exclusive breastfeeding offers.

The motion also mentioned the role of fathers in healthy and holistic development of children asking that new fathers should also be granted paternity leave of four weeks.

Ruling on the proposal, Speaker of the Assembly, Adebo Ogundoyin asked the House Committee on Women Affairs to meet with the state Ministries of Health and Women Affairs to look at reviewing existing laws on maternity leave in the state. 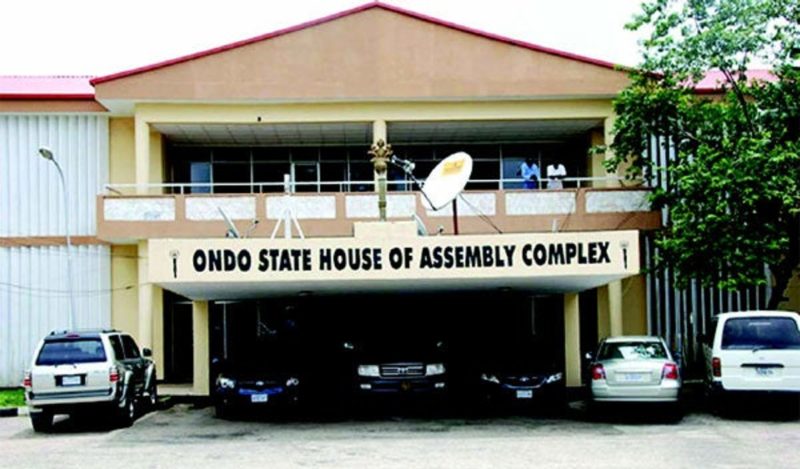 Deputy Speaker of the Ondo State House of Assembly, Hon Irioju Ogundeji and Hon Adewale Williams have been suspended by the leadership of the assembly.

Both lawmakers were among the nine lawmakers that kicked against impeachment move against Deputy Governor of the state, Hon Agboola Ajayi.

They were suspended for alleged unruly behaviour. 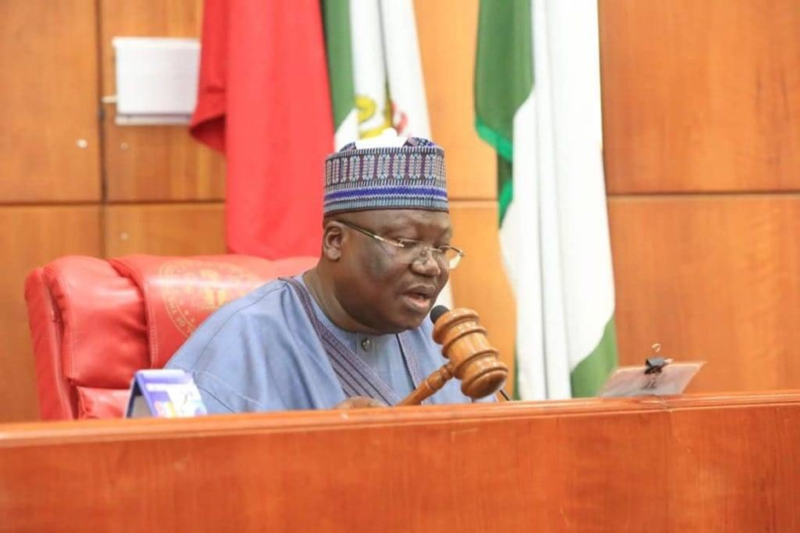 Nigeria’s Senate President Ahmad Lawan has revealed why Orji Uzor Kalu’s seat was not declared vacant while he was in prison.

Recall that Orji Uzor, the Senate Chief Whip was convicted and sentenced last December for embezzling N7.1 billion of state funds while he was the Governor of Abia State.

While explaining why the Senate refused to declare Orji Uzor Kalu’s seat vacant when leaders from Abia State paid him a courtesy visit, Lawan said it was not only extraordinary but “the right and just thing for the Senate to do.”

MORE READING!  Policewoman shoots husband with AK-47 rifle for not picking her calls

He added that no one could convince the lawmakers to give the seat to someone else because it was not vacant.

“He (Kalu) was on several appeals and until he exhausted all the opportunities available to him, that seat remained his seat. Similarly the position of the Chief Whip, we didn’t even appoint an acting Chief Whip. The Deputy Chief Whip continued to play that role until he was released.

“We came under pressure, of course. But we thought the right thing to do was to keep that seat, that position until he was able to get his judgement. It would have been premature, unjust and unfair to declare his seat vacant or his position to be given away because he was in that situation.

“So we didn’t do anything extraordinary really. We did what was right, what was just, what was necessary.”