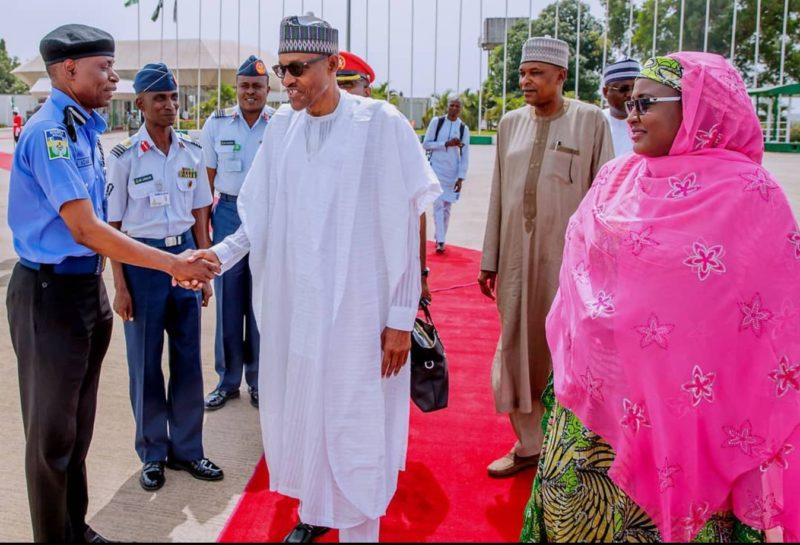 President of the Federal Republic of Nigeria, Muhammadu Buhari and his wife, Aisha, have cast their votes in Daura, Katsina State in the Presidential and National Assembly Elections.

After voting, the president expressed satisfaction with the state of affairs and said he was optimistic of winning.