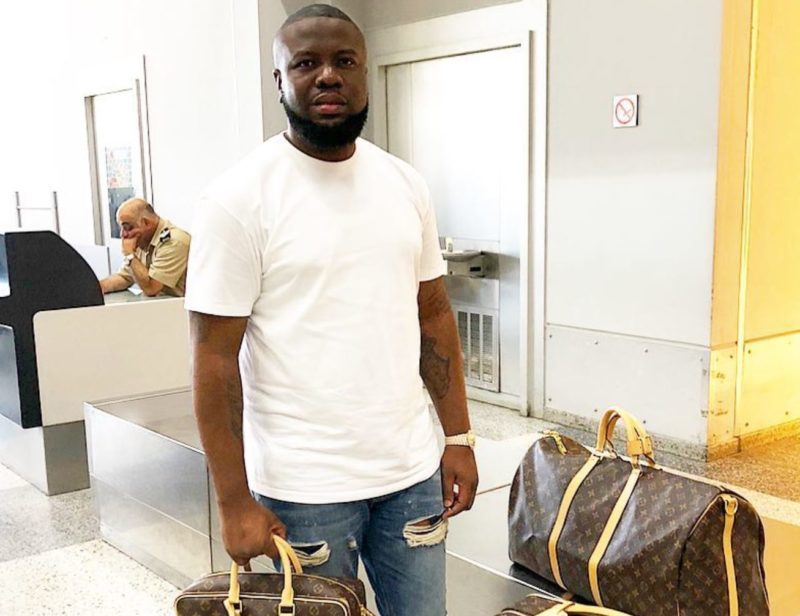 Malaysian based Nigerian, Ray Hushpuppi, has said that President Buhari has failed citizens in every sector of governance saying that he doesn’t deserve a second term.

Hushpuppi pinpointed the areas where the Buhari led administration had failed the youths and older citizens stating that two many have committed suicide because of hardship.

The Gucci ambassador also said that of the two “aged” presidential aspirants, Atiku, will be his preferable choice even if he had once embezzled public funds.

“I am writing this from the point of view of a kid that was raised with little or no resources from Nigeria but has “desire” for greatness.

“For me I believe the starting point of all achievement is desire which except you are blind and dumb then you won’t be able to tell how weak the desire of our present rulers are when it comes to our lives, our safety, our wellness, our struggles as a hardworking people who have been categorized as lazy Nigerians.

“As someone in his 30s, who was told as a child is the “leader of tomorrow” now I am experiencing today, not as a leader and tomorrow which they referred to will probably when I’m 50 right?

“That’s 4 more terms of government before I am 50, with every president wanting two terms, what is the possibility that any of us will be the leader of tomorrow when in reality the same people have been ruling us from childhood? very slim or no chance right?

“If we are then going to be realistic with each other, we then deserve to at least pick one of the old ones who won’t make life unbearable for us, Buhari has failed us in every sector of governance, we don’t deserve to give suffer a second chance in our lives.

“I have never experienced so much suicide by Nigerians since my birth until Buhari took power, who is next that will be pushed to kill themselves due to so much suffering? It could a person close to home next.

“If I have to pick among the two old people who are our prime options (Buhari and Atiku) pls pick ATIKU, don’t say he chop our money before at least we or our parents didn’t commit suicide or turn internet beggars, we didn’t have to steal pants and endanger the lives of our women to survive.

“Our economy was not in a standstill, our graduates didn’t have to go and explain what 5k can do in their life under giveaway posts on the internet.”

MY FAMILY WILL NEVER SUPPORT ANYTHING NEGATIVE! R. Kelly’s daughter reaches out to sex survivors, calls father a monster

MORE READING!  Nigeria’s five years of a turnaround under Buhari BY Abe Kolawole

MORE READING!  Don't forget that artistes sign contracts willingly and at times they bring their own downfall- Adewale Adeleke